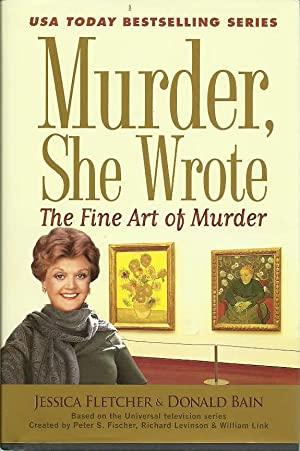 Murder She WroteThe Fine Art of MurderBy Don BainLarge Type FictionMurder MysteryReviewed by Connie BennettWhat fun this book was to read! It is part of an easy-going best selling series from a few years back and was actually based on a Universal Television series by the same name. Most folks over forty will remember the popular series which starred Angela Lansbury as mystery writer Jessica Fletcher.In this particular installment, Jessica is in Italy on vacation, and is caught up in a murder in the commission of an art theft. As if that wasn't enough, on the home front, trouble is brewing in the family of an old friend! When the friend's husband is murdered and suspicion falls on the friend, Jessica is called upon to bring resolution to both crimes.If you're looking for a quick read that is just dangerous enough to pique your interest (without a lot of madness and mayhem), this series is worth a look!Published 2011Penguin Group USA

Check out all of the things offered on the Vinton Public Library website!