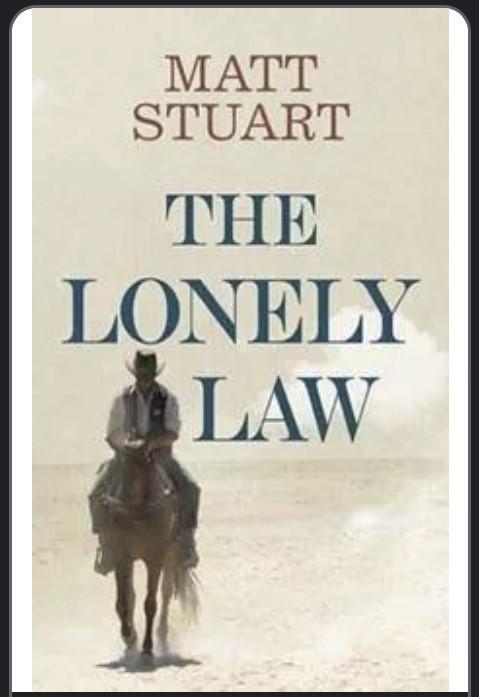 The Lonely Law By Matt Stuart Western Fiction Large Type Reviewed by Connie Bennett Originally copyrighted in 1957, this adventure was first renewed in 1985, then published again in September of 2022. It struck me as being remarkably current for being 65 years old, but since the actual setting was the Old West, author Matt Stuart still entertains. Jim Larribee, Sheriff of Pinnacle County, has tracked down a killer-on-the-run, and intends to return him to jail. In the course of this encounter, however, Larribee hears some unwelcome opinions concerning himself, and the rich cattleman who claims to "own" the Sheriff. This comes as news to Larribee, who believes that he upholds the law without bias; the third time that he hears the same accusation, though, uncertainty rears its ugly head. When the situation becomes political and the Sheriff refuse to fall into line, chaos ensues. The Law is, indeed, "lonely." Add in a long-running feud over a woman,deeply-held friendships and a lot of intrigue, and you have the skeleton of the story, which is fleshed out in gripping detail. Some readers may find this book predictable, but it held my interest; I'll be looking for more titles by this author. Thumbs up! Published 2022 Golden West, Inc. USA