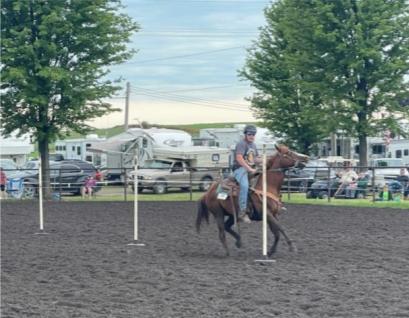 Christopher Fleming exhibiting his horse in the fun show. 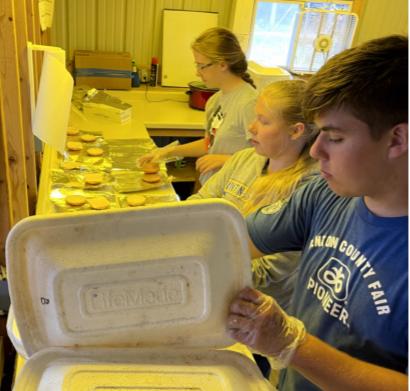 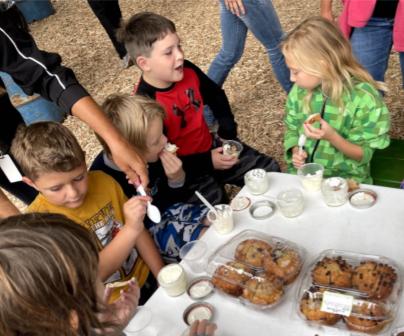 Children got to try snacks with the butter they made in one of the classes led by our members. 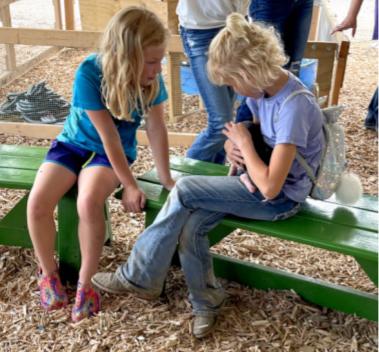 Holding baby pigs is always a major attraction for all ages!

From June 23 rd to June 27th Benton County held its annual fair in Vinton. Every year the Vinton-Shellsburg, La Porte-Dysart, and Benton Community FFA chapters hold different activities for fair-goers in the FFA Barn. There are also members that participate in different shows as well.

This year the three chapters did several activities for younger children each day including A-Maizing Corn, Butter Making, Water Bottle Lava Lamps, Ice Cream in a Bag, Plant Pot Decorating, Sock Chia Pets, and then Tie-Dye Totes to finish it off on Saturday.

In the FFA barn there were also different things to do besides the activities. There were baby chickens and ducks, rabbits, llama, Mini Hereford cow and calf, goats, sheep, and the famous sow who farrowed on Tuesday of the fair so that kids could hold her piglets. There was also a Chicken Carousel, a Duck Pond, educational displays and a nightly movie to watch.

FFA members also helped out in various food booths each day. Members volunteered in the Pork Producers Booth, Beef Producers Booth and the Dairy Booth. The members that helped out in the different booths said that this was a great bonding and teamwork activity. During the fair, members Christopher Fleming and Kailey Bahmann showed their horses on behalf of the FFA.

Annabelle Newton, Chapter President, received the title of Fair Princess, and Kailey Bahmann was announced as Runner Up. Members Emma Arnold and Emma Wiley both ran as well.

A special thank you goes to Allan Merchant and Scott Fleming for all their help preparing the barn and filling it with the baby animals!

Next News Article
VS FFA Members Take On Lost Island