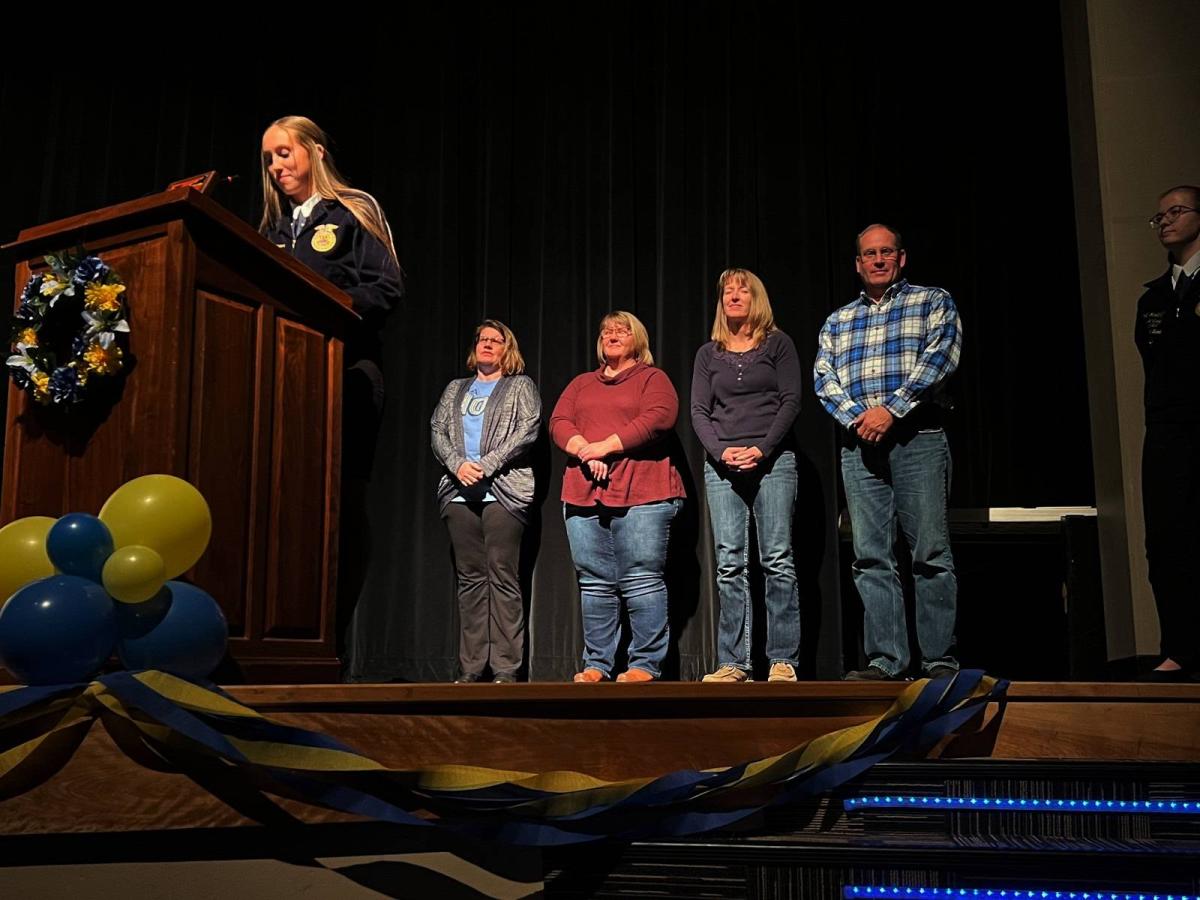 Vinton-Shellsburg Chapter Officer, Annabelle Newton, presented the Chaperones from the National Convention a goodie bag as a sign of our appreciation for their support. 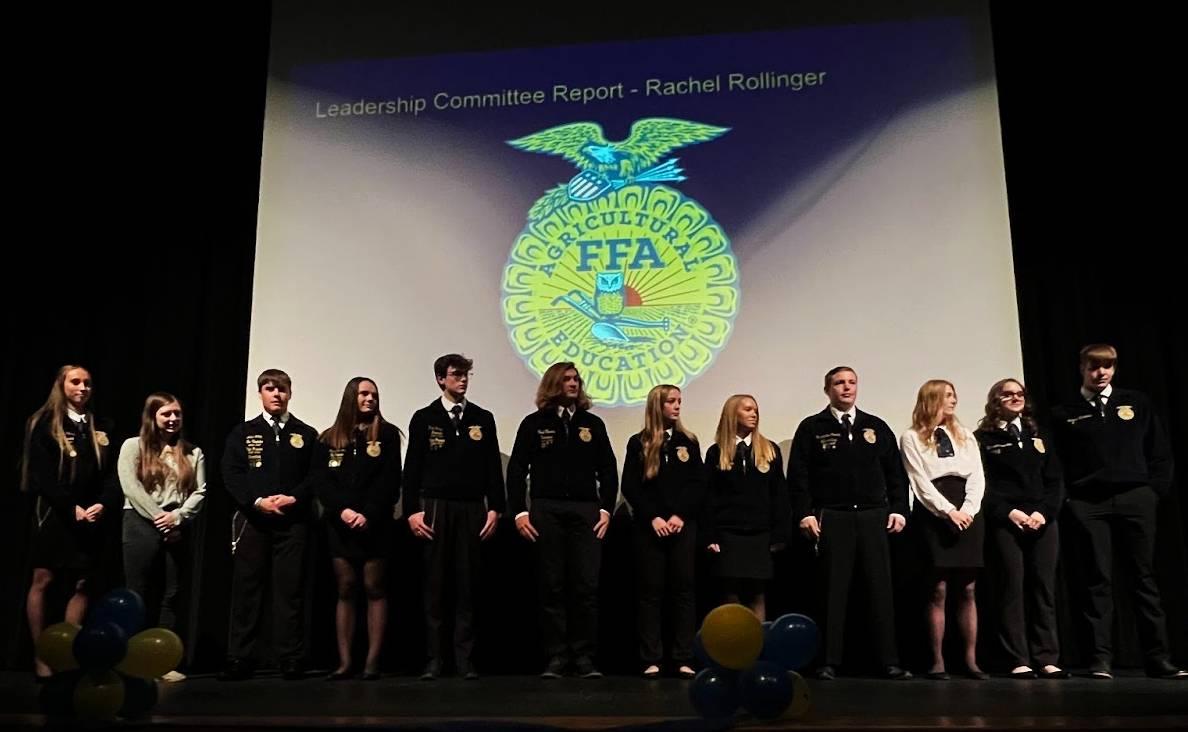 The seniors from the National Convention trip decided to surprise their advisor, Gabby Power, with a Louisville Slugger bat for the FFA Chapter from the factory tour they were able to attend. 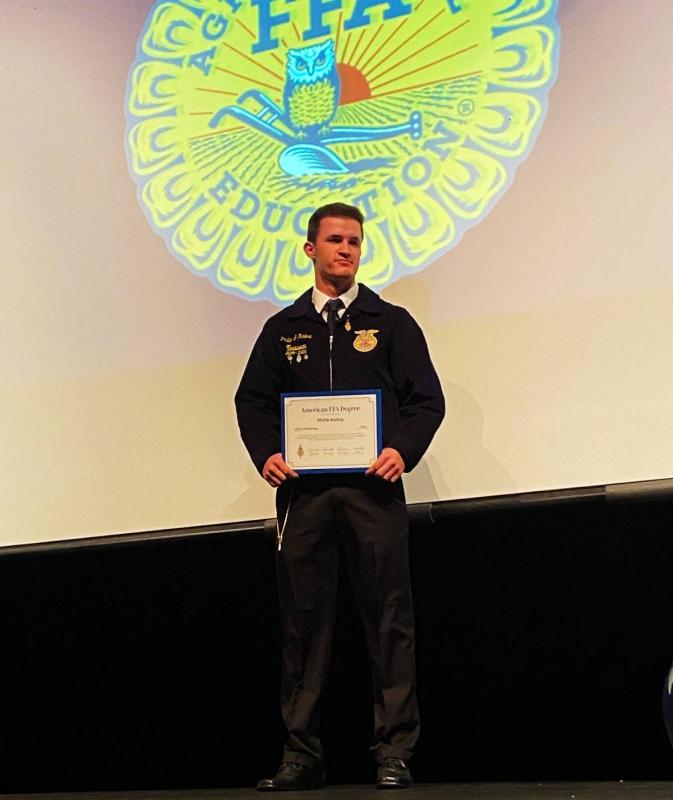 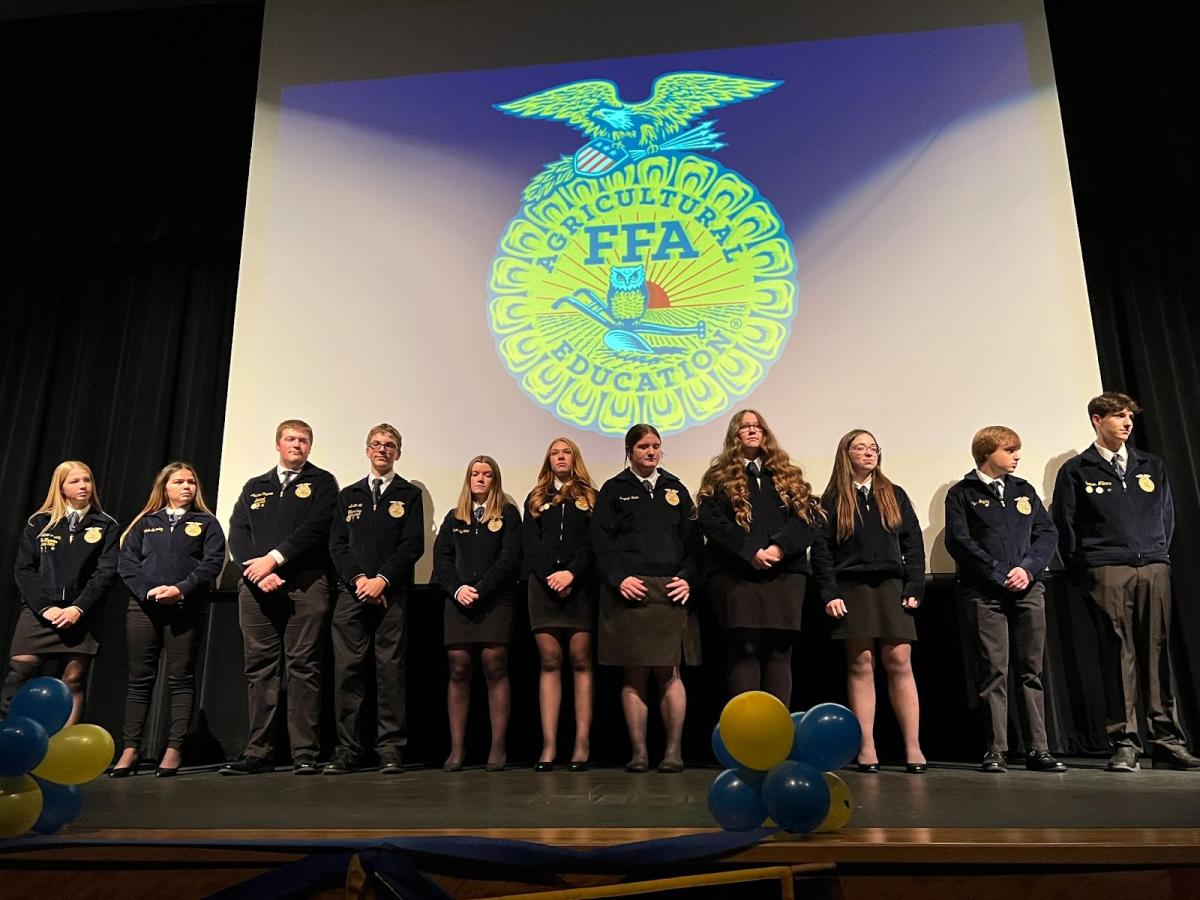 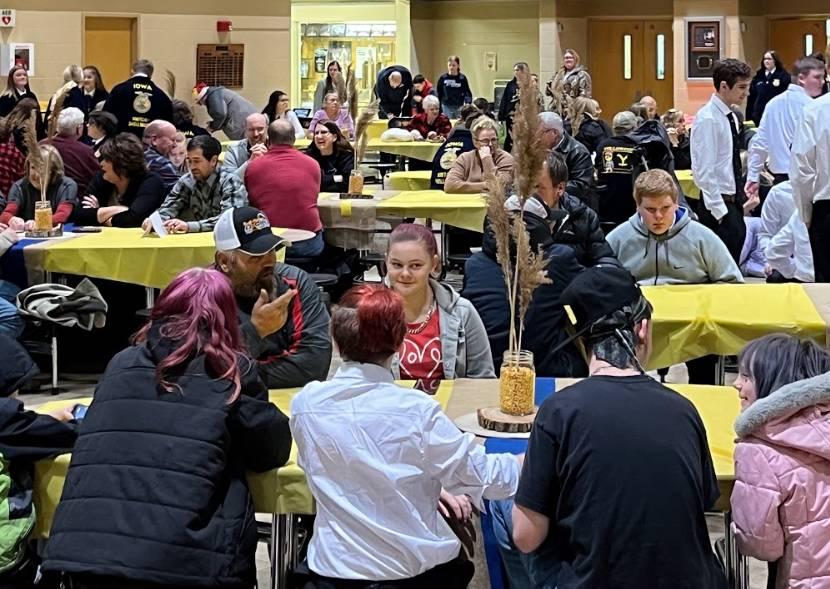 Caption for This Year's Greenhand Recipients:

On Friday November 18, 2022, the Vinton-Shellsburg FFA Chapter joined together to celebrate the member's accomplishments of the year so far, and the Spring and Summer Career Development Events. The chapter also took this time to have the committee chairs give their monthly reports as well as explain to the public what their committee is in charge of.

Before the awards, they enjoyed a potluck dinner with dishes brought by members.

Alongside the Greenhands, the chapter was also able to recognize the members earning their Chapter Degrees. This award is the highest award that a chapter can give to its members and they must be second-year members. These people were Alana Fleming, Annabelle Hernadez, Andrew Pingenot, Austin Noe, Grayce McClintock, Izzie Birker, Jazmyn Dods, Juliana Luis, Megan Schlitter, Ryan Shipley, and Spencer Williams.

Another individual recognized was the 40th member to receive the American Degree: Philip Kalina. 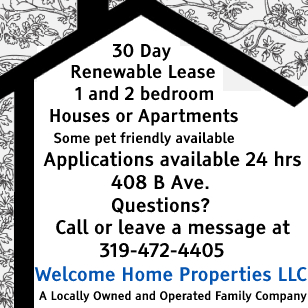