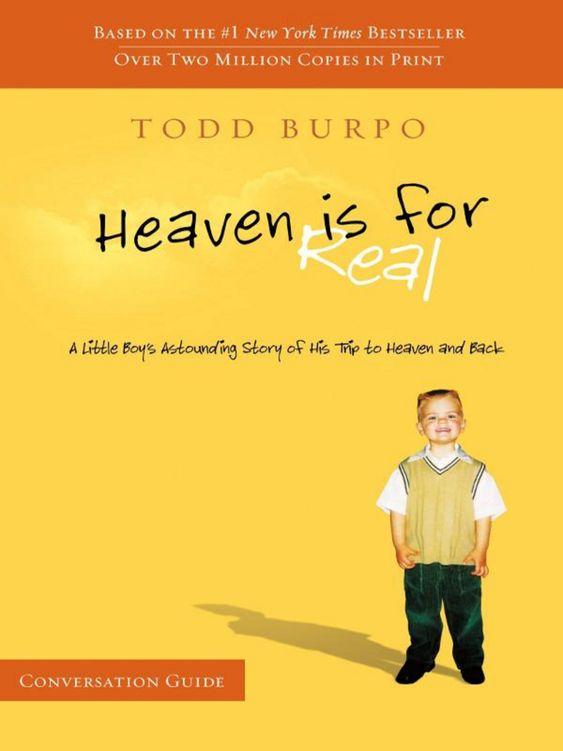 Heaven is for Real By Todd Burpo with Lynn Vincent

Reviewed by Connie Bennett, Vinton Public Library Clerk I actually hesitated to read this book until a library patron returned it and insisted that it must be read! I'm really glad she did! Instead of being the poorly-written and unbelievable story that I expected, it was instead a gripping tale, straight from a father's heart. The book begins after the event, and is told simply, in a series of flashbacks that seem almost as stunning to the reader as they must have been to the parents. Instead of aiming to be a shocking "believe-it-or-not" story, the book merely relates the happenings and leaves the reader to draw his or her own conclusions. Four-year-old Colton Burpo's ordeal began with a simple stomachache, followed by chills, fever, and non-stop vomiting. The Emergency Department did tests and diagnosed a stomach flu that was "going around." But, instead of running its course, the illness not only hung around but got progressively worse. What followed was a long string of misdiagnoses and wasted time, during which Colton continued to decline until he was at Death's door. This story is told in dramatic detail, not only from Dad's point of view but also from the words of young Colton himself. This is a compelling story, told in simple terms, and is a must-read for believers and skeptics alike. 2011 Thomas Nelson, Inc.Visit the Vinton Public Library Website!

PM October 14, 2022, 1:03 pm We are currently studying the book Heaven is for Real in our Sunday School class at Wesley United Methodist Church.
advertiser content