Et cetera : What's that in the river? 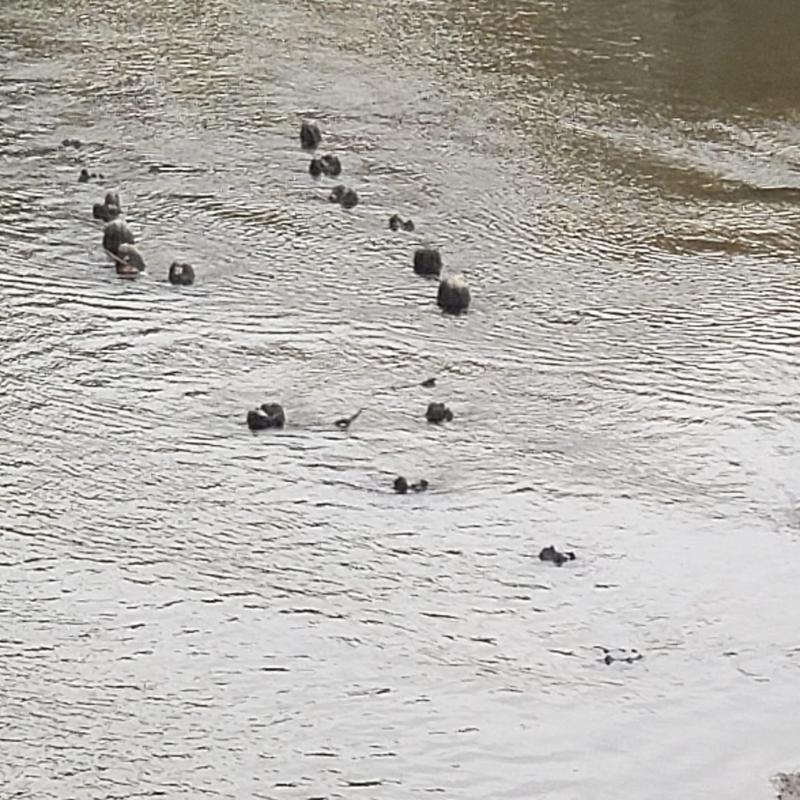 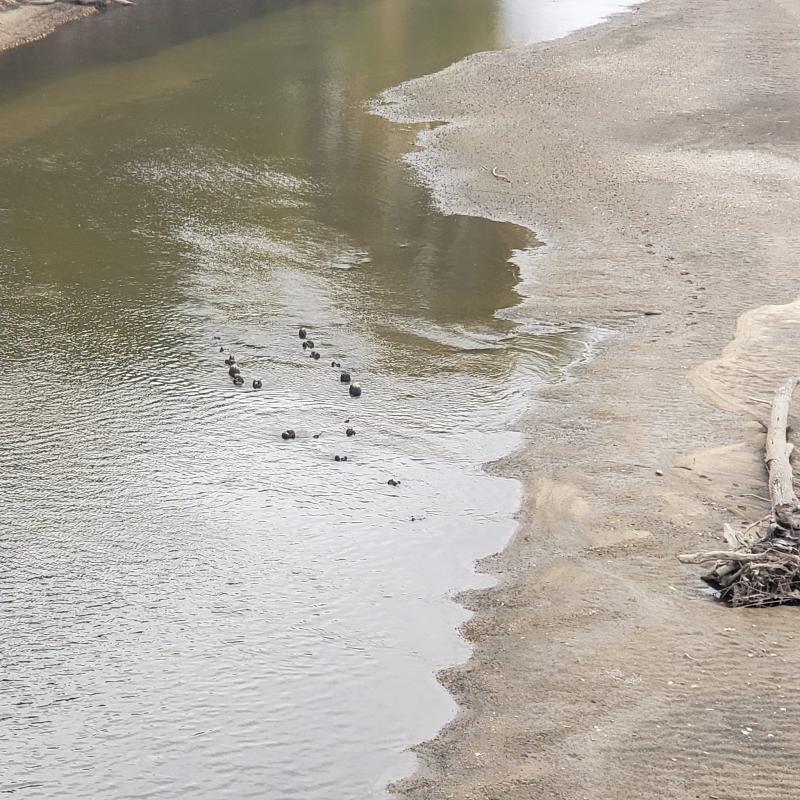 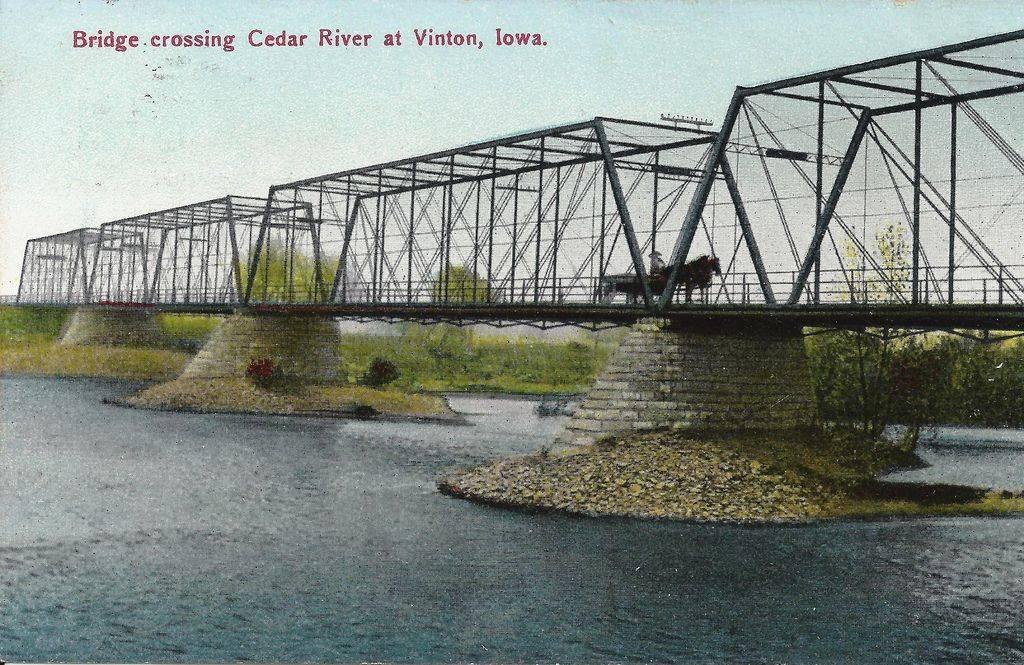 "The Bridge" before my time 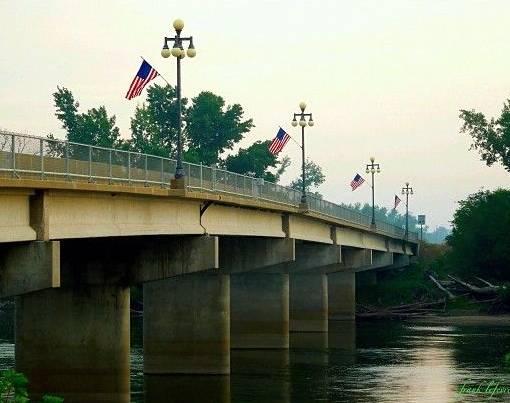 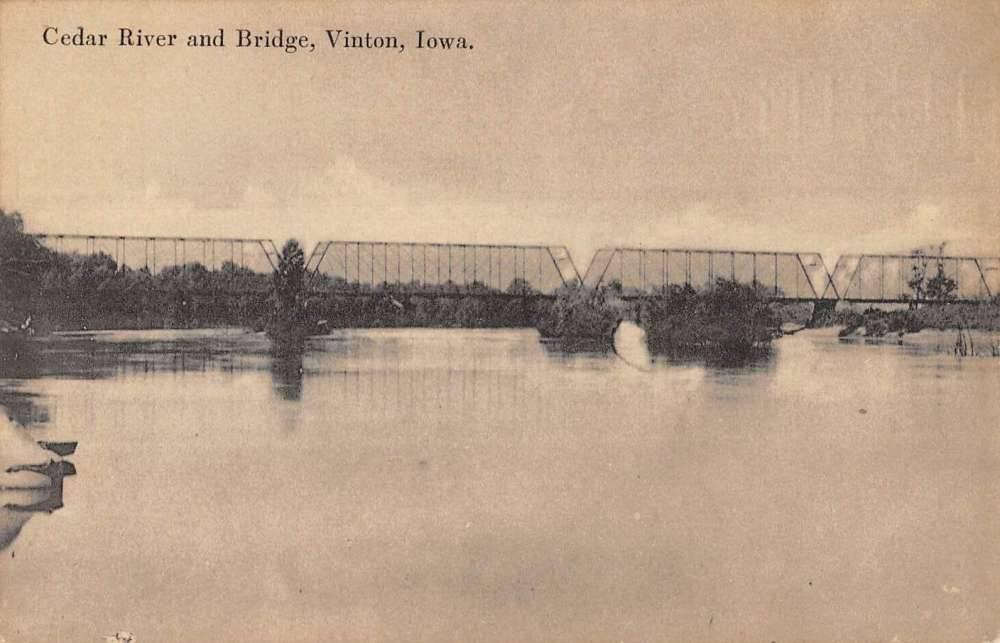 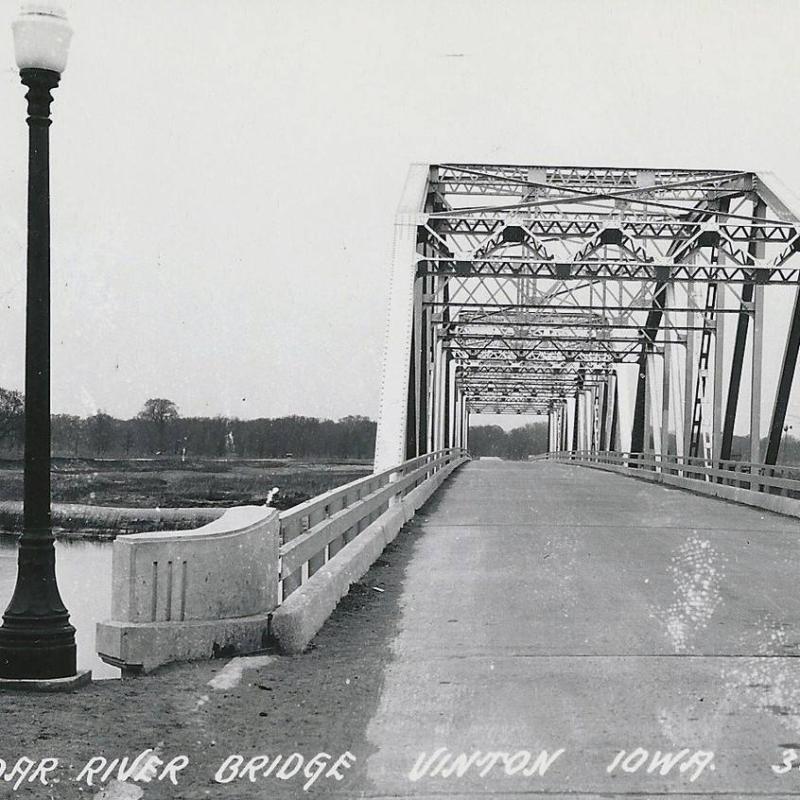 The bridge I remember as a kid
It's always fun to eavesdrop in on Facebook conversations. Especially when it involves Vinton, or the history of Vinton. This week Darran Sellers noticed something in the river that looked odd, and it begged the question, "Has anyone else seen this in the river? It's on the east side of the bridge by the north shore."Residents weighed in guessing that maybe it was from old bridges that had been placed and later removed. Then Tom Lynch weighed in. "The first bridge was opened on July 4, 1857 at the end of 2nd Ave (Main St). It was a toll bridge. It was declared unsafe in 1865 and Vinton reverted to a ferry until the new bridge was built. The 2nd Ave bridge was washed out in 1865.This is probably what they are seeing, or it could be remnants of the piers used by the ferry.The second bridge was built in 1867, extending off of the north end of A ave (Beckett St). That bridge was replaced at the same location in 1876 and remained in that location until 1935 when the "4th" bridge was built on the end of 1st Ave. It remained in use until July 16, 1980, when the current bridge was built right beside it on the east side."
Now, this begs another question. Where did the old bridge go? You know, the one that signaled to all of the kids laying in the back window of the car that we were home when you saw the bridge overhead! I'm partial to the old metal bridges. I mean, hey, the one we have now is fine. Plain. Boring. It does its job. But I miss the fascination of looking at the old metal bridge and wondering how they put those massive bolts in to hold it together.
But I'll tell you one bridge that I don't miss...the viaduct...no thank you! That's one bridge my dad got a kick out of driving over I think just to hear the boards bounce. As a little girl, I was always scared to death of that thing! Does anyone have a picture of that in its heyday?