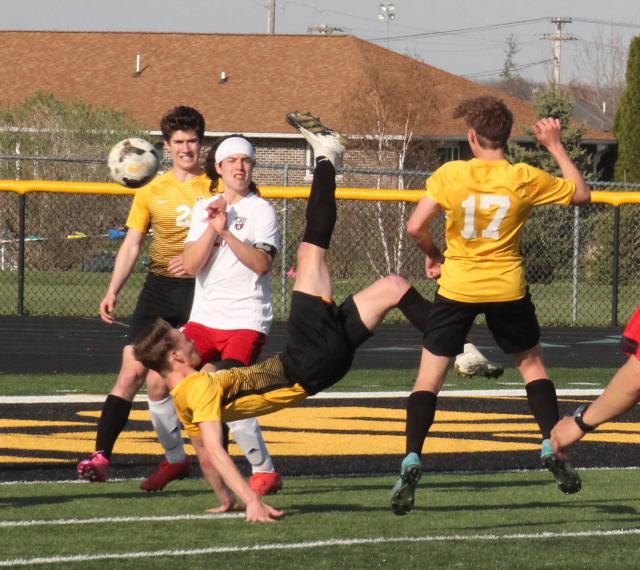 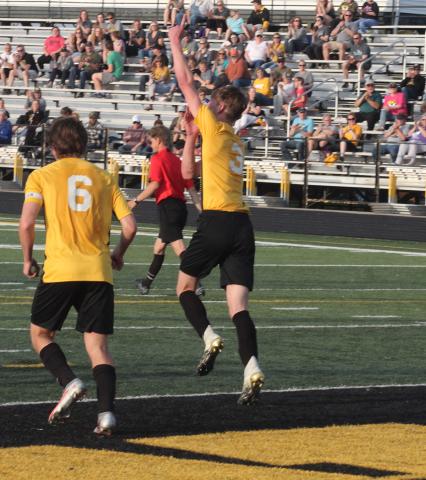 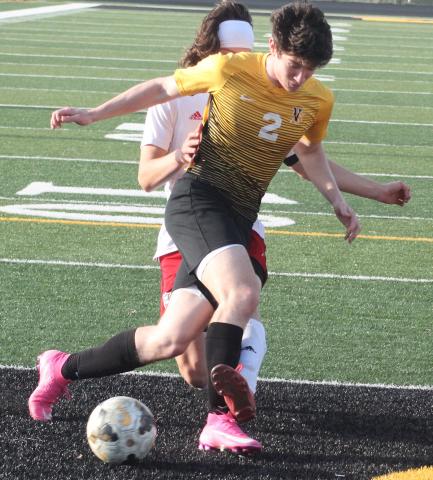 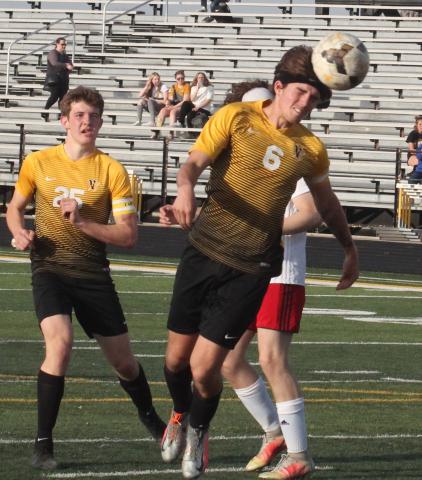 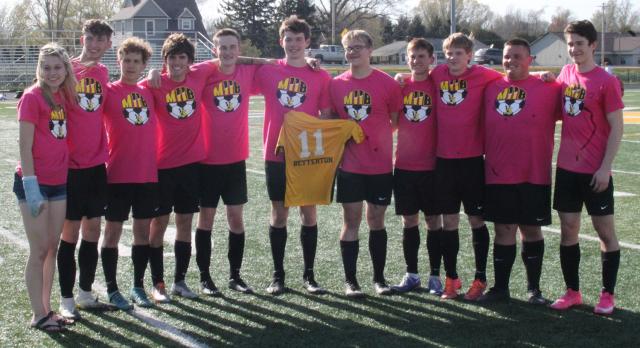 VINTON – The Viking varsity soccer team took on the Williamsburg Raiders at the Karr Athletic Complex on April 26.  The Vikings (7-0) took a 1-0 lead on a CJ Rickels goal late in the first half.  The Vikings erupted for a four spot in the second half, with a goal from CJ Rickels, two from David Lapan-Islas and one from Gunnar Moen.  The Viking goal difference is a +56 (61-5).  The Vikings moved to 8-0 (4-0 WaMaC West) with the win.  They will take on the South Tama Trojans at South Tama High School in Tama on Friday, April 30, Beckman Catholic High School to take on the top ranked (1A) Beckman Blazers, return home on Thursday, May 6 in a girl/boy doubleheader against the Cedar Valley Christian Huskies, Saturday, May 8 for the Viking/Vikette Tournament, off to Fross Park in Center Point and Spartan Stadium in Solon on May 11 and 14.