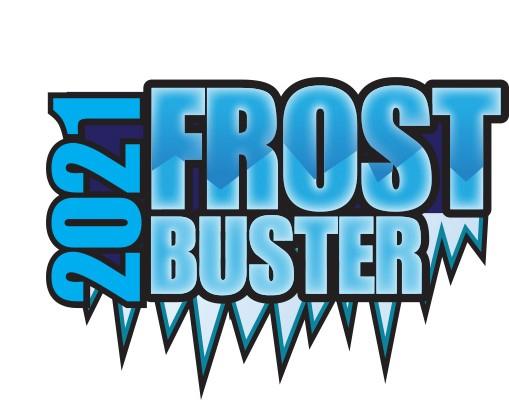 The IMCA Modified winner will make bank on Michael & Dowd Frostbuster Night at Benton County Speedway.The Wednesday, March 31 main event at The Bullring pays $2,000 to win and is a qualifier for the Fast Shafts All-Star Invitational ballot. IMCA Sunoco Stock Cars run for $500 to win, Karl Kustoms Northern SportMods for $400 to win and IMCA Sunoco Hobby Stocks for $250 to win to complete the race night card.

Redlinger signs with the Norse 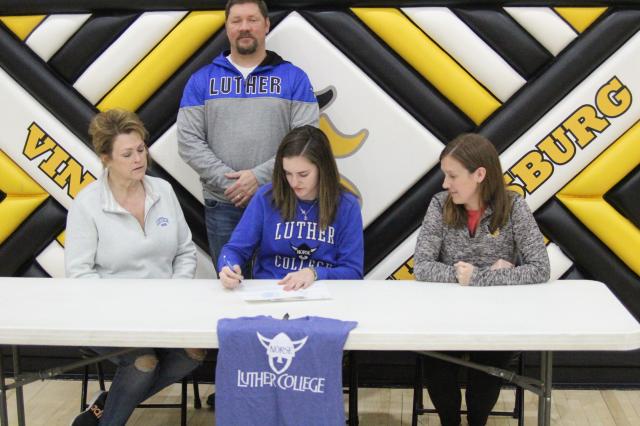 Webster headed for ICC for swimming 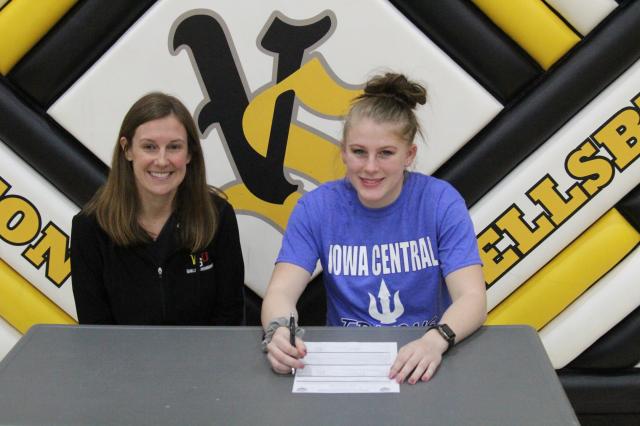 Vikette swimmer Geordyn Webster's career is far from over, after the speedy senior signed with Iowa Central Community College's Triton swimming team.Webster was quite versitle over her career, swimming in pretty much every event. But she will specializing in sprints with the Tritons. Webster was joined for the signing by VSU swimming coach Ashley Hesson. 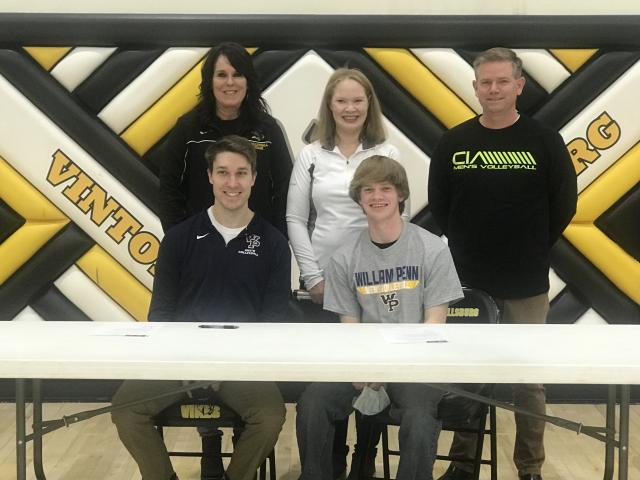 Vinton-Shellsburg senior Noah Lindauer took a step off into the future Friday, when he signed a letter of intent to play men's volleyball at William Penn University in Oskaloosa. Lindauer will be a setter for the Statesmen, who are in their first year of a men's program.While men's volleyball is not well-known in the area, 10 Iowa college (nine of them in the NAIA) now have the sport.

The Voyagers' "Last Dance" was a triumph 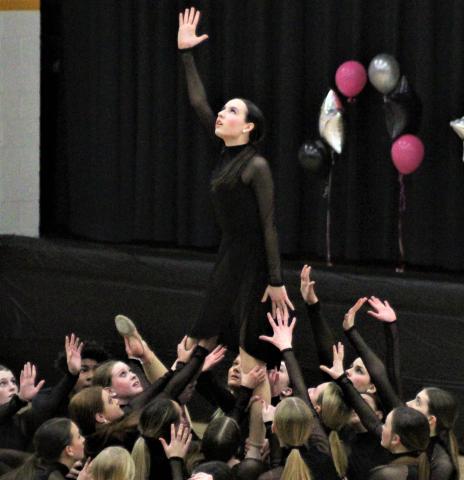 Vinton-Shellsburg's Voyager dance team faced a lot of challanges in the 2020-21 season, but Saturday night they put it all behind them with a spectacular Spring Show, "The Last Dance."Like most programs, the Voyagers' season was disrupted by Covid, the Derecho, and the realities of the time. But under returning head coach -- and Voyager veteran -- Melanie Davis, and assistant coach and 2020 Voyager grad Allissa Hendrix, the 22-member squad put together a great season.

Lapan-Islas signs to be a Red Tail 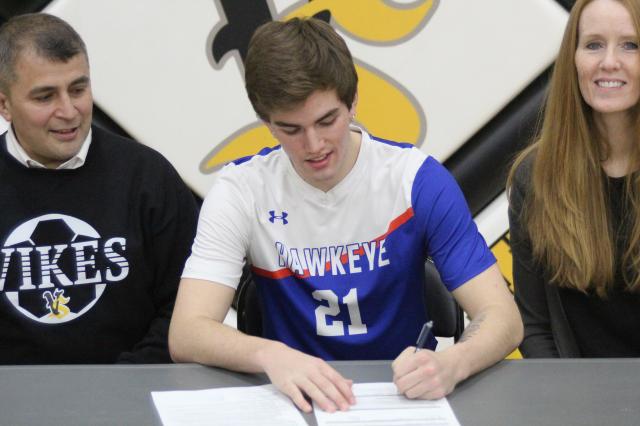 In a Friday morning ceremony in the Garrison fieldhouse, Vinton-Shellsburg soccer senior standout David Lapan-Islas signed his letter of intent to play soccer at Hawkeye Community College next season.Lapan-Islas was joined at the signing by his parents Tony and Renee, along with his sister Mya, Viking head coach Kyle McAbee, HCC head coach Leo Driscoll and assistants Anthony Velez and Nicole Driscoll, and Red Tail women's player -- and former Vikette -- Taryn Sutton. 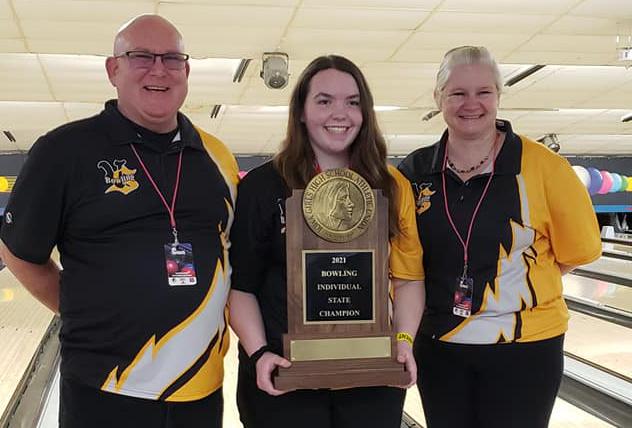 The Vinton-Shellburg girls' bowling team grabbed a fourth-place finish at the Girls State Bowling tournament at Waterloo's Cadillac Lanes this morning.Coach Amber Pattee's Vikettes finished with a team score of 2739, paced by senior Christina Harrelson, who's two-game score of 478 not only led the VIkettes, but also the State, as Harrelson was crowned as the individual State champion.

VALERIE CLOSE, EDITOR - 2021-02-16 0:02:44
Taylor Duncan, a 25-year-old from Dallas, Georgia, has autism. That however is not what he's known for. He is also the commissioner/director of the Alternative Baseball Organization. The ABO is a 501c3 authentic baseball experience for teens 15+ and adults with autism and other disabilities to gain social and physical skills for success in life both on and off the diamond.

State Championship for the Stormin’ Vikes. Well sort of….

JEFF HOLMES - 2021-02-15 18:44:03
By VSCPU head coach Rob LevisSaturday was another great day for Stormin’ Viking swimming as the team competed at the State’s single-classification state meet held this year at neighboring Linn-Mar.  The Medley Relay team of Bradyn Schlief, Carter Kirtz, Isaac Allsup and Ian Allsup opened up the first heat of the first event with a thrilling, tight victory in their heat.

State Championship for the Stormin’ Vikes

ROB LEVIS - 2021-02-14 19:29:30
Well, sort of…. Saturday was another great day for Stormin’ Viking swimming as the team competed at the State’s single-classification state meet held this year at neighboring Linn-Mar.  The Medley Relay team of Bradyn Schlief, Carter Kirtz, Isaac Allsup and Ian Allsup opened up the first heat of the first event with a thrilling, tight victory in their heat.
View Page
1234567891011
advertiser content