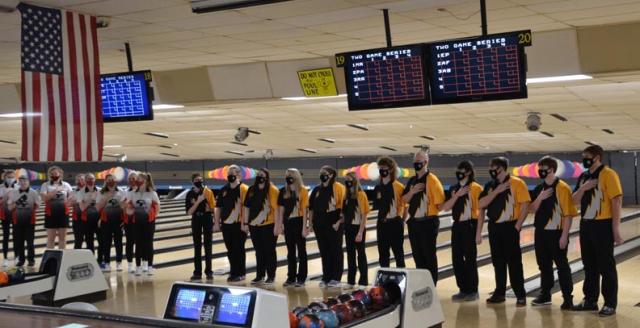 VSU SWIM TEAM - 2020-12-19 0:51:34
After three meet cancellations, the VS/CPU Stormin’ Vikings started the season on a hot streak with both a dual and invitational win.  Thursday night, after a long trip to Decorah to face some stiffer competition, the Stormin’ Vikes may no longer remain unbeaten, but have established themselves as a solid team with some exceptional swimmers.
advertiser content

JEFF HOLMES - 2020-12-18 5:35:00
VINTON -- Coach Brian Sheston's Vinton-Shellsburg wrestling squads split a pair of dual meets Thursday night in the Garrison Fieldhouse.The Vikes stopped Iowa City Regina, 50-28 in their first bout, but dropped a hard-fought battle to Marion, 45-34 in the finale.Against Regina, Caleb Rouse (285) and Brady Ortner (138) recorded falls for the Vikings, while Carter Lamont (120) added a technical fall and Damon Swenson (wrestling up three weights at 145) pulled out a 6-2 decision.

VSU SWIM TEAM - 2020-12-17 7:56:12
The Vinton Shellsburg and CPU Stormin’ Vikings continued their strong start to the season on their second trip to Williamsburg.  Having won a dual with the Raiders 90-76 on Thursday, the team followed up with a strong win at the Raider invitational featuring host Williamsburg, Oskaloosa, and Centerville. The Stormin’ Viking Medley Relay of Braydn Schlief, Carter Kurtz Isaac Allsup, and Ian Allsup started the evening off fast with a convincing victory.

AMBER PATTEE, BOWLING/VOLLEYBALL COACH - 2020-12-10 17:42:05
Both VS Bowling teams were victors in the match against Waverly Shellrock on Tuesday. These kids are working very hard and pushing themselves daily.  I love to see how they interact and work together to hep those who need a hand.  The teams were lead by junior Anna Becker With a 369 series and senior Ayden Bearbower with a 255 game and 447 series. 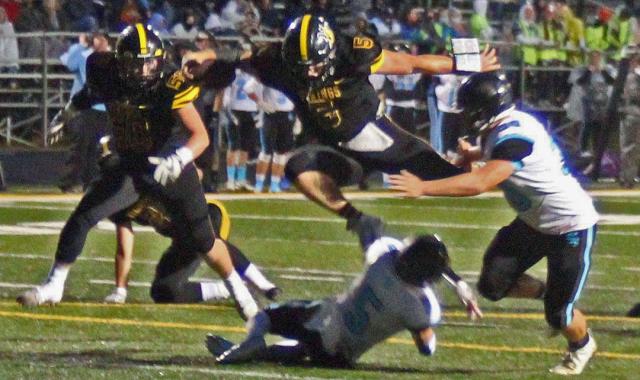 VINTON -- A fourth quarter blocked punt and bad-bounce interception were the difference Friday night as the Vinton-Shellsburg Vikings dropped a heartbreaking 18-14 decision to South Tama at a rainy Karr Athletic Complex. The Vikings (1-2) went up 14-0 in the first quarter on a 37-yard catch and run from Brooks Erickson to Max Vasquez, and a two-yard Erickson TD run. 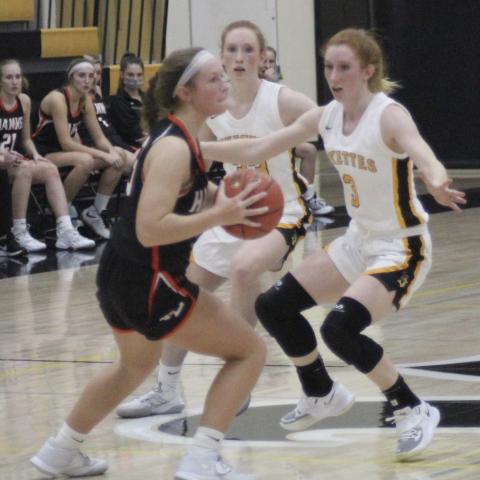 VINTON - Three seniors combined for 31 points Friday night as Coach Rich Haisman's Vikettes went to 3-0 on the year with a 50-44 win over West Delaware at the Garrison Fieldhouse.The Vikettes led 11-6, but the Hawks managed to come back and take a 13-11 lead in the second period before V-S roared back to take a 21-18 lead into the half. After taking a 33-30 lead into the final eight minutes, West Delaware was able to tie the game at 38 with under five minutes to go. 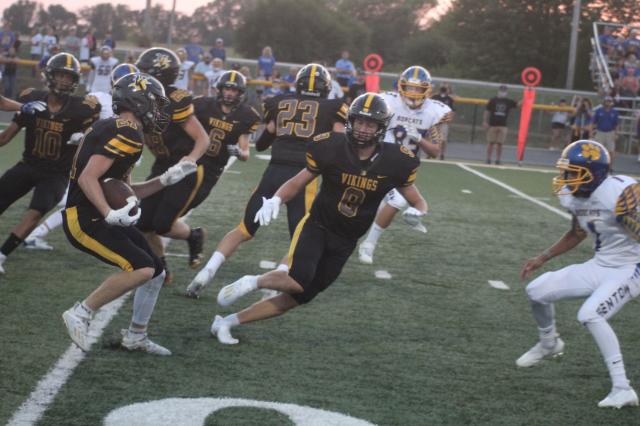 VINTON — It was one of those nights.Despite a big statistical advantage Friday, the Vinton-Shellsburg Vikings dropped their 2020 football season opener to Benton Community, 28-21, as the Bobcats took full advantage of one of the biggest numbers of the night: mistakes.On the first play from scrimmage, junior Max Vasquez took off left tackle and put the Benton defense in the rear view mirror for a 70-yard touchdown, only to have it nullified by a penalty on the Benton five.
View Page
345678910111213
advertiser content