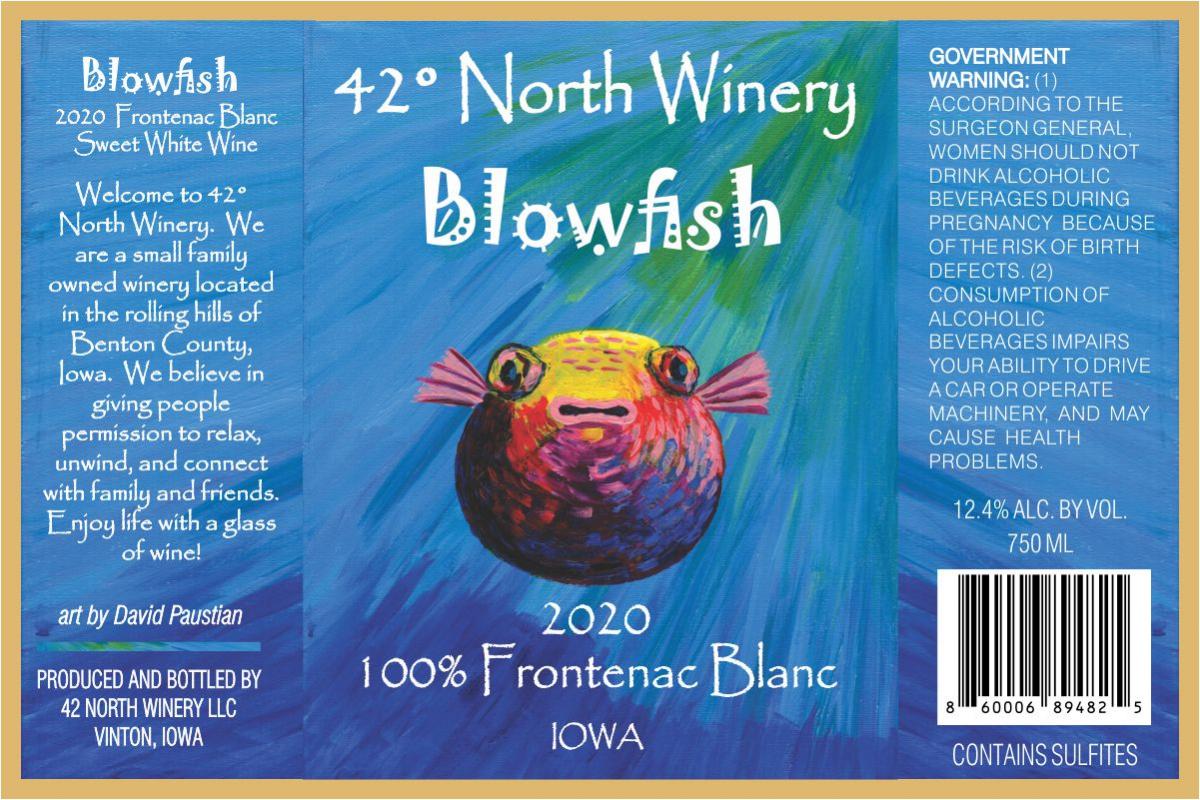 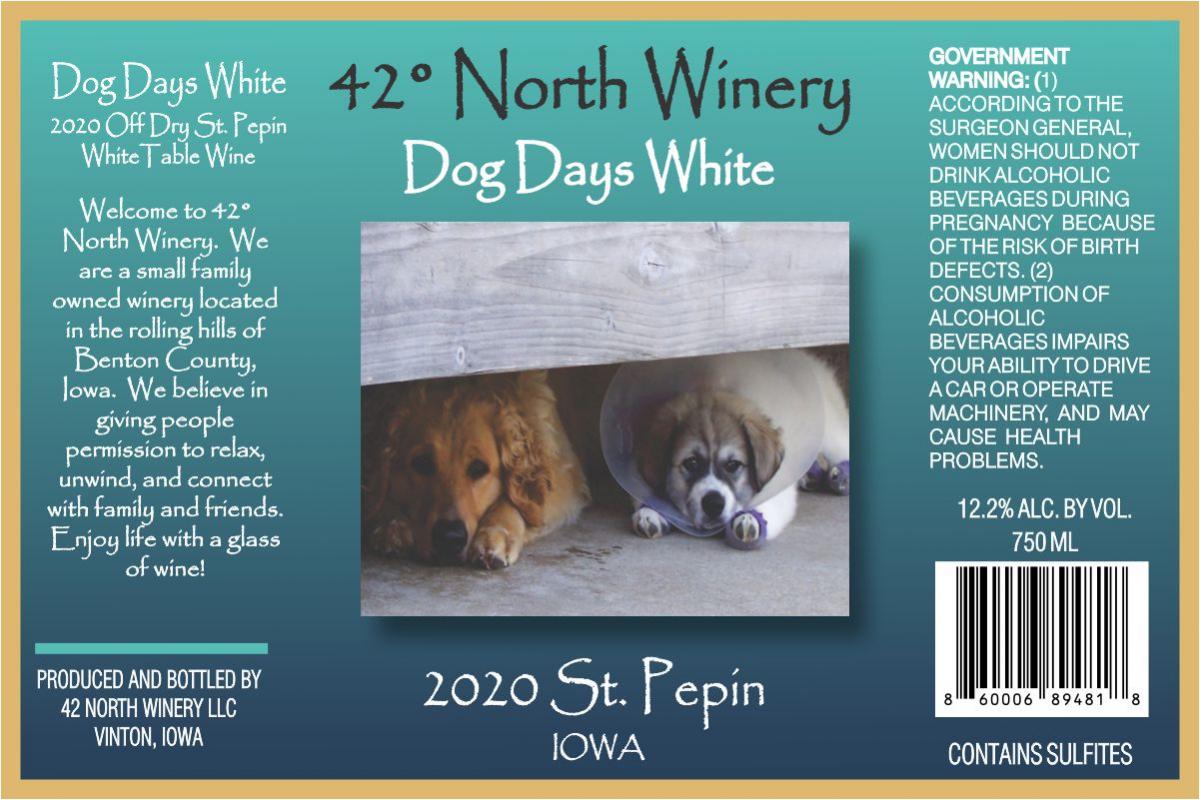 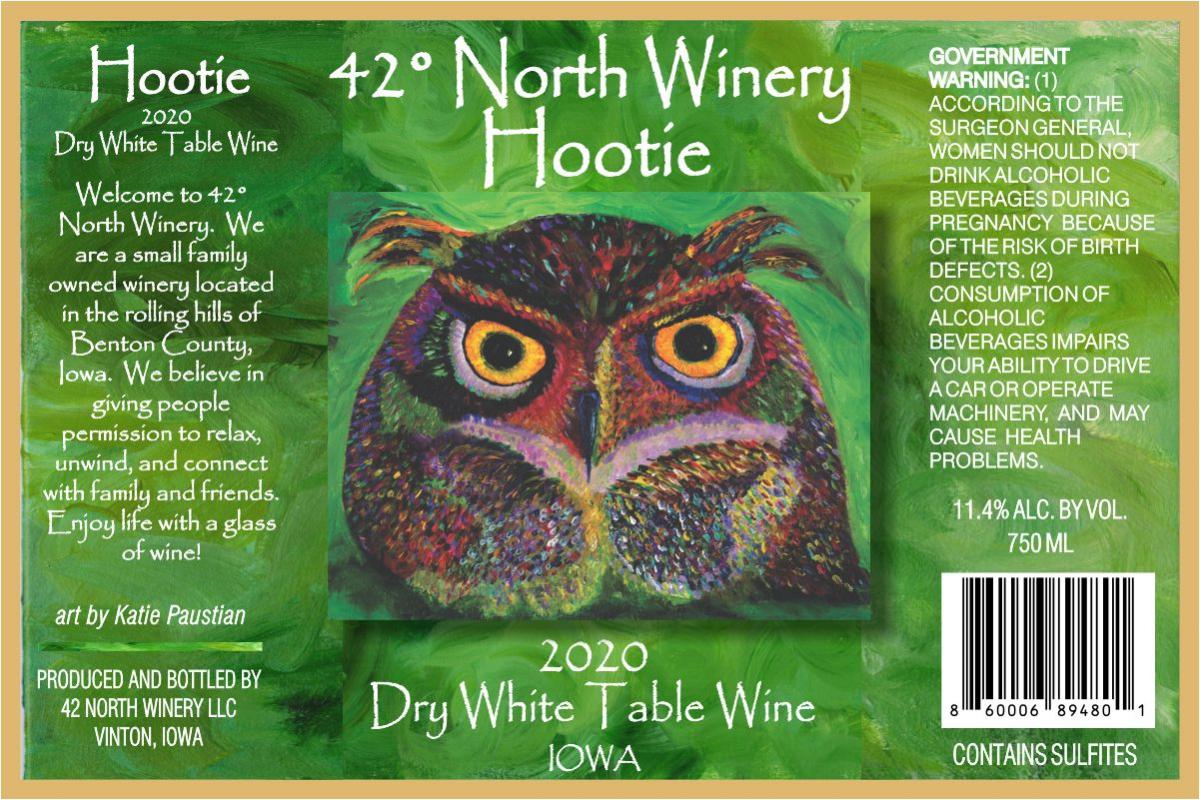 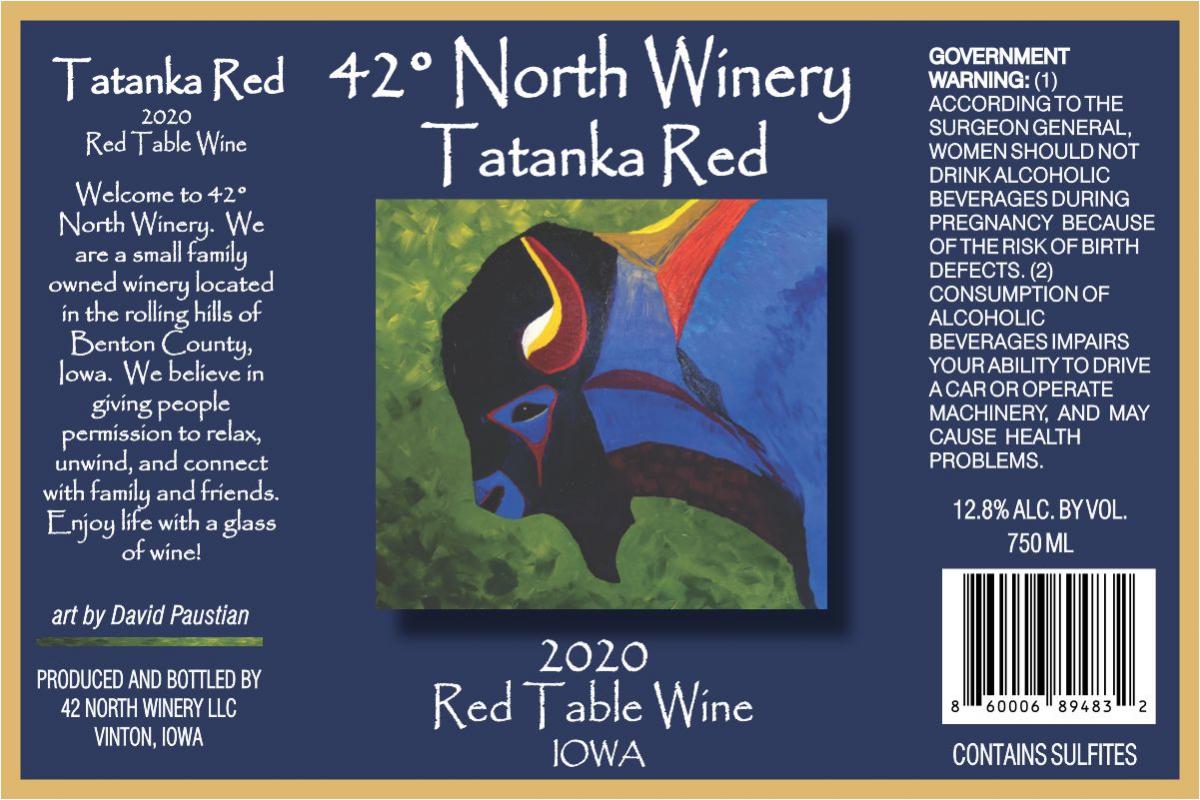 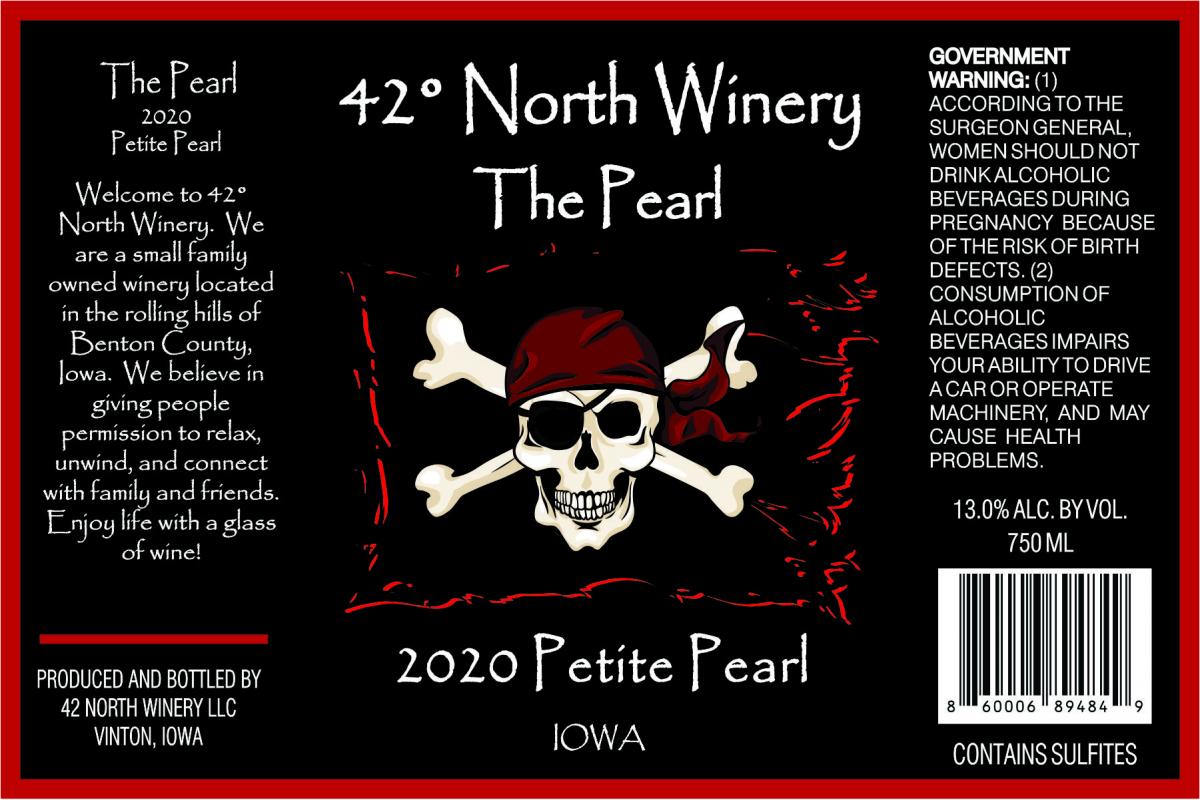 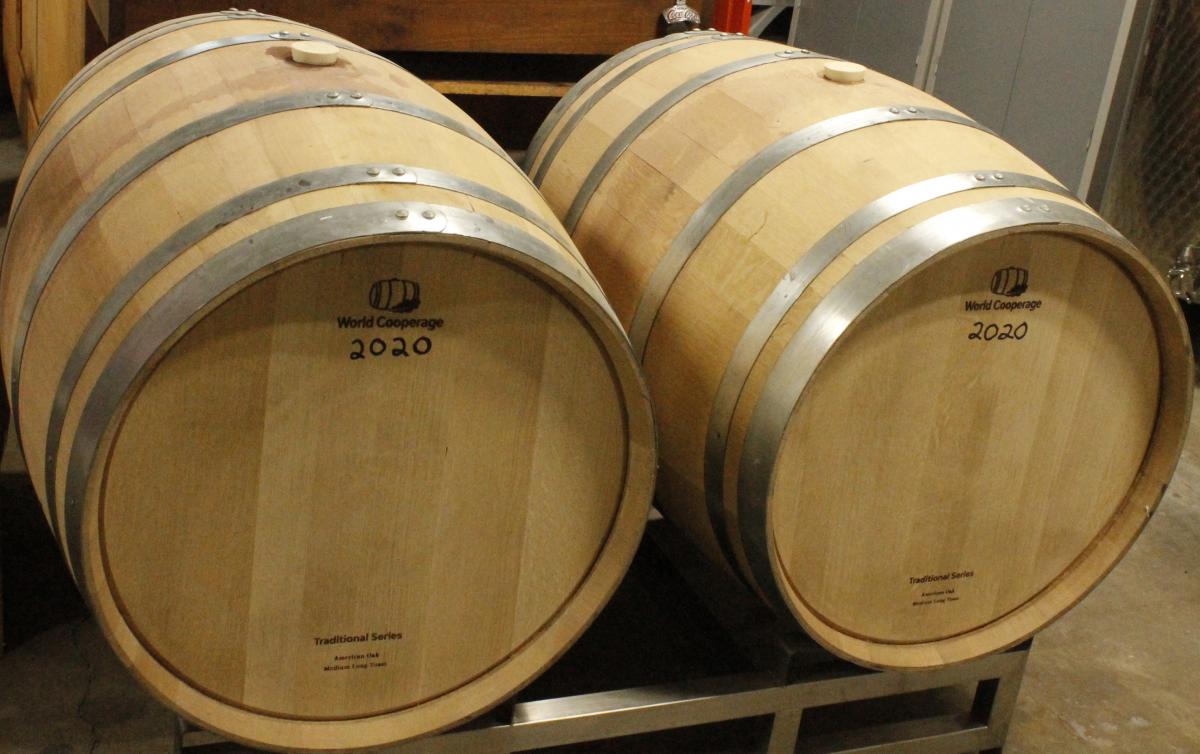 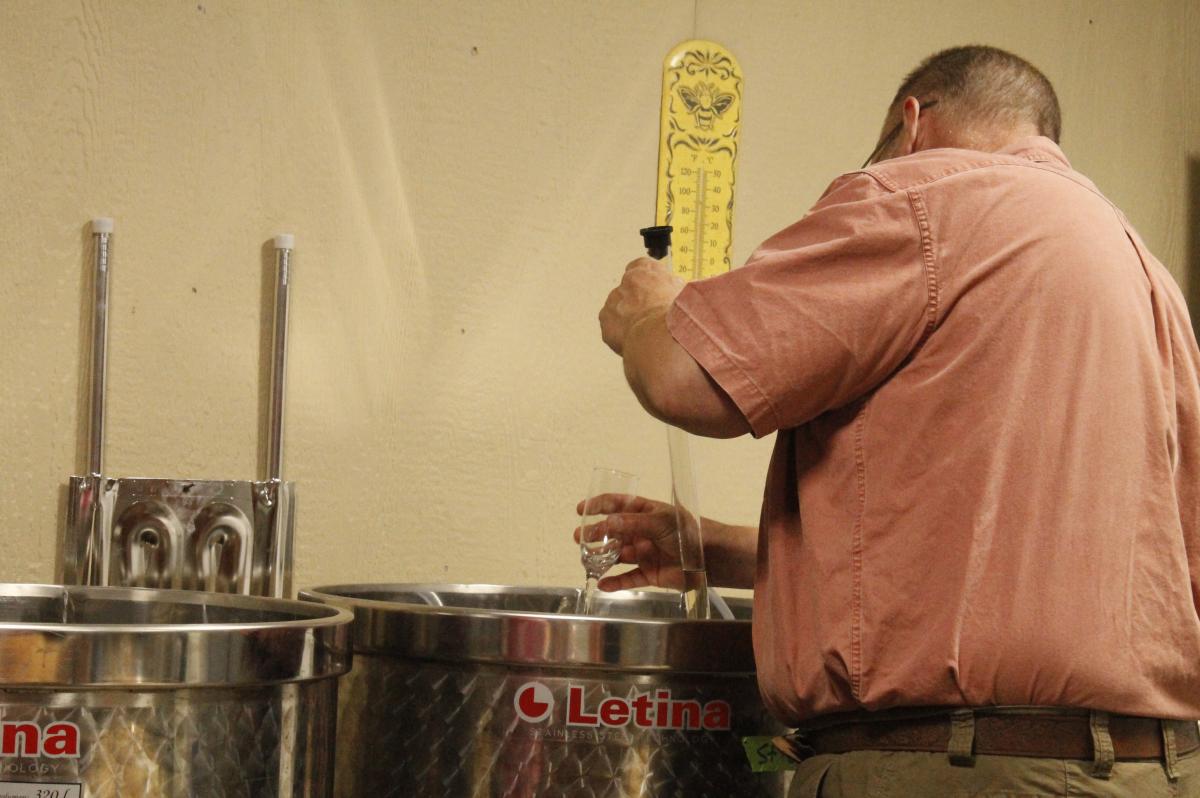 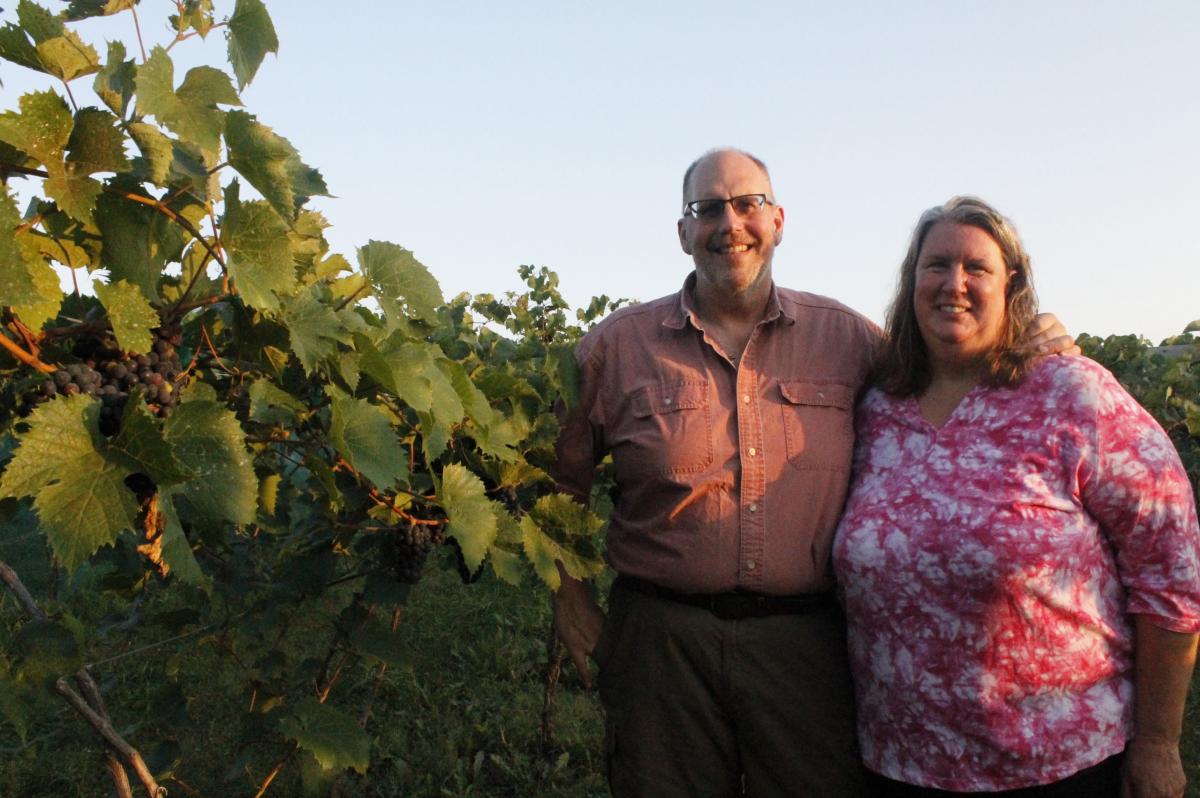 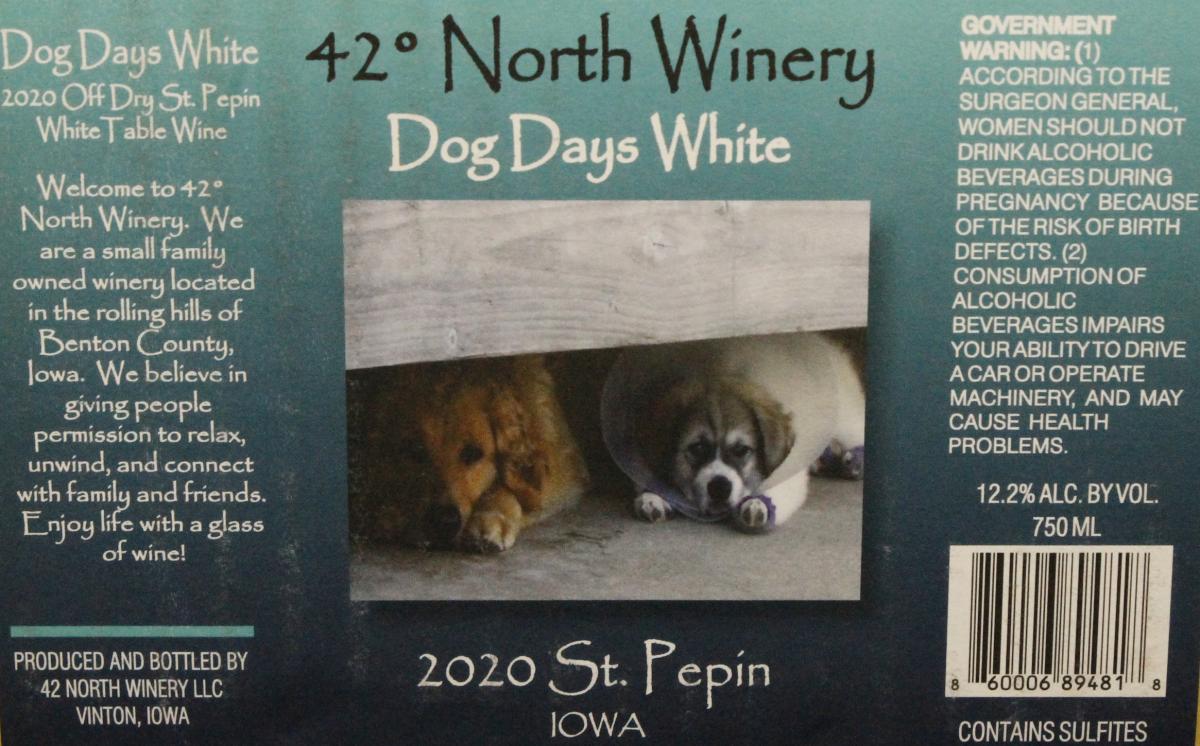 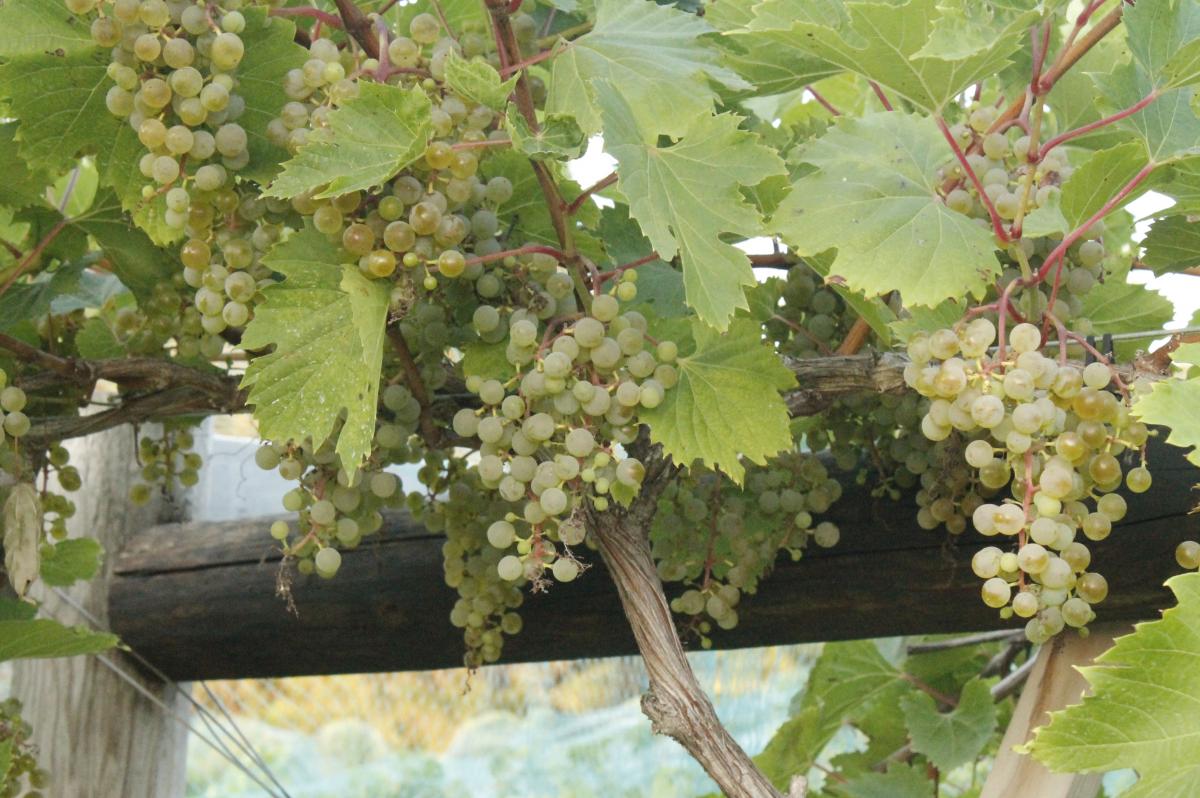 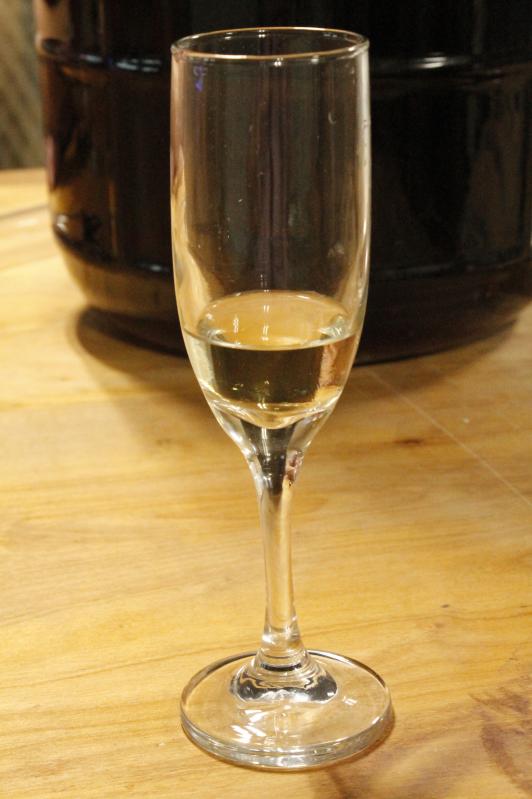 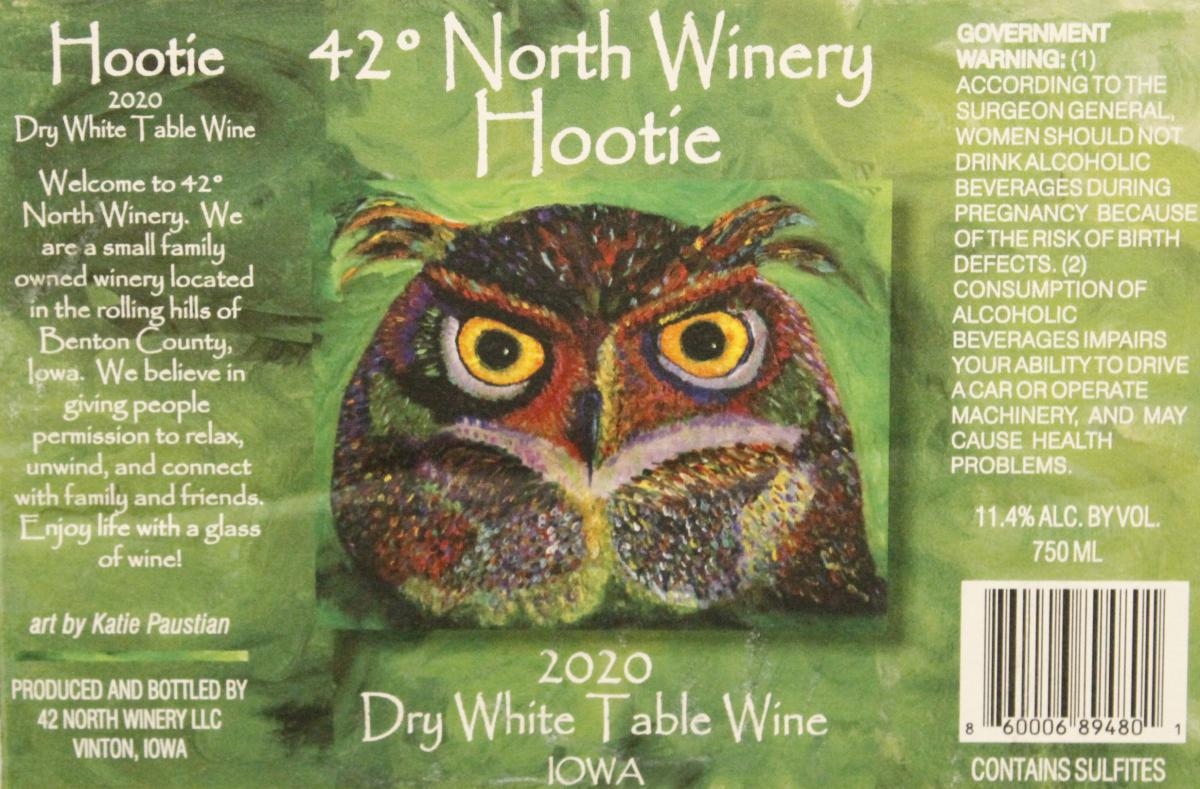 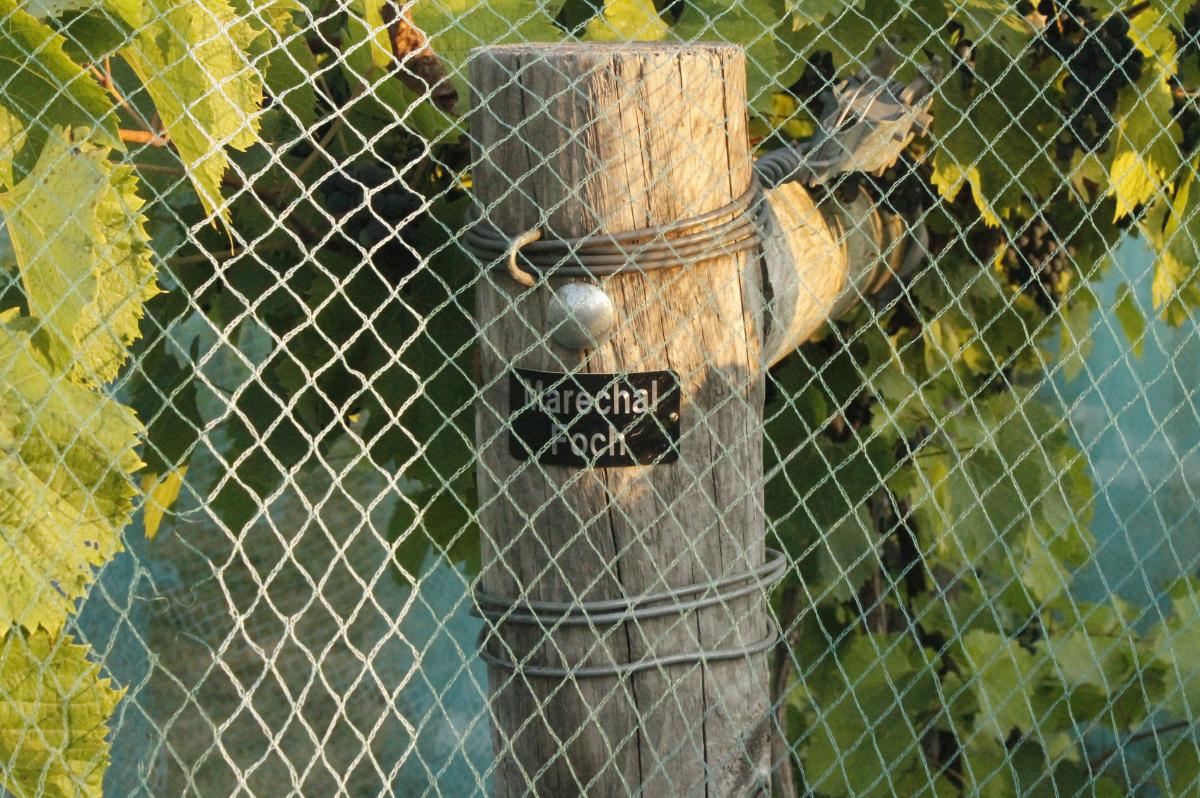 It started with the lawnmower giving out. Do we go out and buy another lawnmower or buy a tractor? If a lawnmower had won, this story wouldn't be here. But the couple decided a tractor would help them move along what had just been a hobby up until then. The tractor came with a bucket as well as a post-hole digger, both needed for this hobby.

Vinton now has something that has never been done here before. 42 North Winery is the first winery in Vinton and in Benton County.

42 North Winery owners Dave and Mary Paustian, an engineering consultant and a bank teller respectively started making wine as just a hobby. It started with a trip to California. As part of the tour of the wineries, they got the backroom tour of how wine is made. Dave said that the really good wines never make it out of California and that the wine we get in Iowa is mediocre compared to the wine you can get in California. As an engineer in industrial fermentation, Dave saw how the wine was made and thought, "it isn't that hard." So as a hobby they started making wine, first just as gifts.

Back in 2010, the couple planted their very first grapevines. Starting with the brand new grape variety called the Petite Pearl, the couple planted a couple of dozen vines. The plants grew, and the Paustian's discovered that this might be the hardest part of the wine process.

The couple decided that it would be to their benefit if they took a class at Kirwood to help them learn about raising grapes. Mary said that they were fortunate to have a great instructor who has continued to advise the couple whenever they need some advice on their vines.

The Petite Pearl has been the grape that Dave said will be his "flagship red." Using the grape, the couple placed first at the Iowa State Fair a couple of years ago, walking away with a score of 98.5 in one of the toughest competitions.

Just some fun facts about winemaking. It takes 13.5 pounds of grapes to produce one gallon of wine and each gallon makes five bottles. In roughly an acre and a half, the couple believes that they will have 500 gallons from their 776 plants. The tractor has paid for itself in saving backbreaking work.

The couple has received overwhelming support from the folks in Vinton and the community the couple explained. "I have not heard one negative comment. The neighbors have been great. The Board of Supervisors has been great and fantastic to work with," they said. Mary explained that they had to have signatures granting permission from the neighbors, notarizations, insurance, "the whole nine yards," to move forward with the opening event.

The couple has been able to work alongside their children and community members who have helped pick the grapes. Every year they have had the help of a couple of members of the local FFA chapter who come out to pick grapes Mary said.

This past weekend the crew began bottling their wine as well as pressing grapes for their next batch. Check out their Facebook page.

The Paustian's will be holding an Open House to introduce their wines on Saturday, September 25th from 11 a.m. to 3 p.m. The Winery is located at 2894 61st Street Lane, Vinton. (On old county home road, about halfway between Vinton and Shellsburg) There will be wine for sale by the bottle, and there will be special offers if you buy 6 or 12 bottles.

The wines which will be offered include the following four varieties:

Good Morrow's Pizza will be on-site to purchase pizza to enjoy your wine with, and the couple will have other beverages available to purchase as well.

Make the trip out, you'll enjoy a great time, and get to be part of the first-ever in Benton County or Vinton, our own winery.