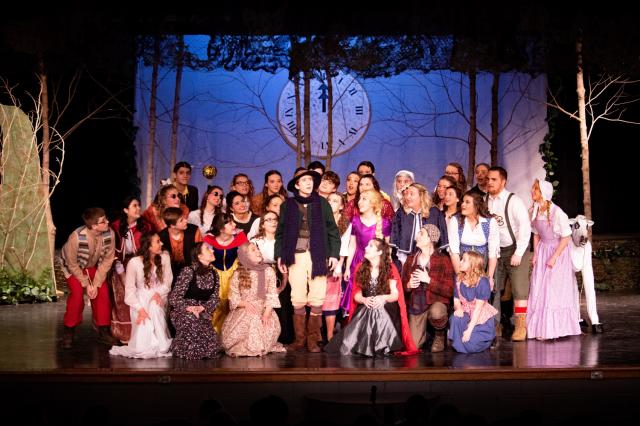 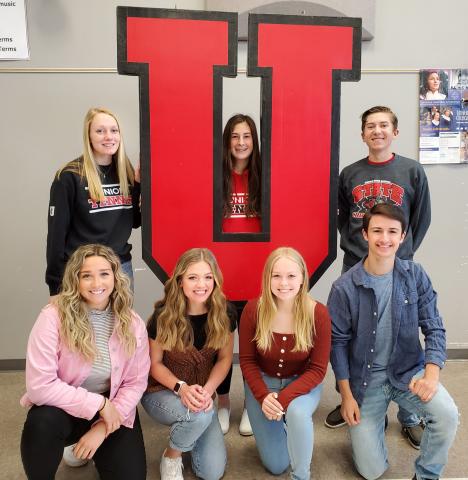 Union High School’s spring musical production of “Into The Woods” recently was informed by the Iowa High School Musical Theatre Awards that they are the recipients of 9 awards for this year’s production. Union has participated in this educational program for the past 7 years.

The production also received 7 individual awards. Each school is allowed to nominate up to 8 students to be judged for these individual awards. 3 students earned the highest individual award, “Outstanding Performance in a Featured Role” Madelon Ratheas “Cinderella”, Tyson Fleshner as “Baker” and Samuel Klein as “Cinderella’s Prince” .  4 students were also recognized with “Special Recognition for Performance in a Featured Role”  Sunshine Gray as “Witch”, Cybil Timm as “Little Red Riding Hood”, Sophia Winkelpleck as “Narrator” and Laura Rempe as “Baker’s Wife”.

Because of the multiple awards earned, Union’s cast has been invited to the Des Moines Civic Center to perform a 3 minute excerpt from their production to be part of the televised awards showcase by Iowa PBS.  The showcase will air July 9th at 8:30pm. The broadcast will feature highlights from several musical productions earning awards from across the state this year.  The featured performances will be recorded the first week in June at the Des Moines Civic Center.

Union High school has a long and decorated history for excellence in the Musical Theatre arts.  35 of 41 Union Musical Theatre entries have been named All-State in the Iowa High School Speech Association, receiving the “Critics Choice” award three times. This is the 7th year in a row Union High School musical has received awards from the Iowa High School Musical Theatre Awards.   In 2015, “Catch Me If You Can” received 3 awards and  in 2016 “State Fair” received 5 awards,  in 2017 “Anything Goes” received 7 awards,  in 2018 “Grease” received 11 awards;  in 2019 “Joseph and The Amazing Technicolor Dreamcoat received 11 awards; in 2020 “Bright Star” received 7 awards. Union’s productions are jointly directed by Tim J. Mitchell and Korina Carlson.

Panels of community adjudicators comprised of performing arts educators and professionals attend and review each participating school's  production. Students and directors receive valuable constructive feedback that can be used to grow and strengthen their future work. Based on reviews and scores, schools ultimately receive awards in honor of their achievements in categories ranging from choreography, design, supporting performer, lead performer, and overall musical production.

The Iowa High School Musical Theater Awards is designed to be celebratory rather than competitive in nature. Any student or school at an outstanding level is recognized for their achievement. Multiple honorees may be named in each category as performances merit.

When asked why Union has chosen to participate in the IHSMTA, Tim J. Mitchell, one of the co-directors stated, “We have always been proud of the quality work our students produce in the fine arts at Union. Our philosophy at Union is always to strive to improve in each arts medium in which we participate. When we learned of this program,  which includes theatre professionals attending our performance and giving constructive feedback,  we jumped at the chance to help take our performance to the next level. This will be a great experience for all of our students involved in the production.”