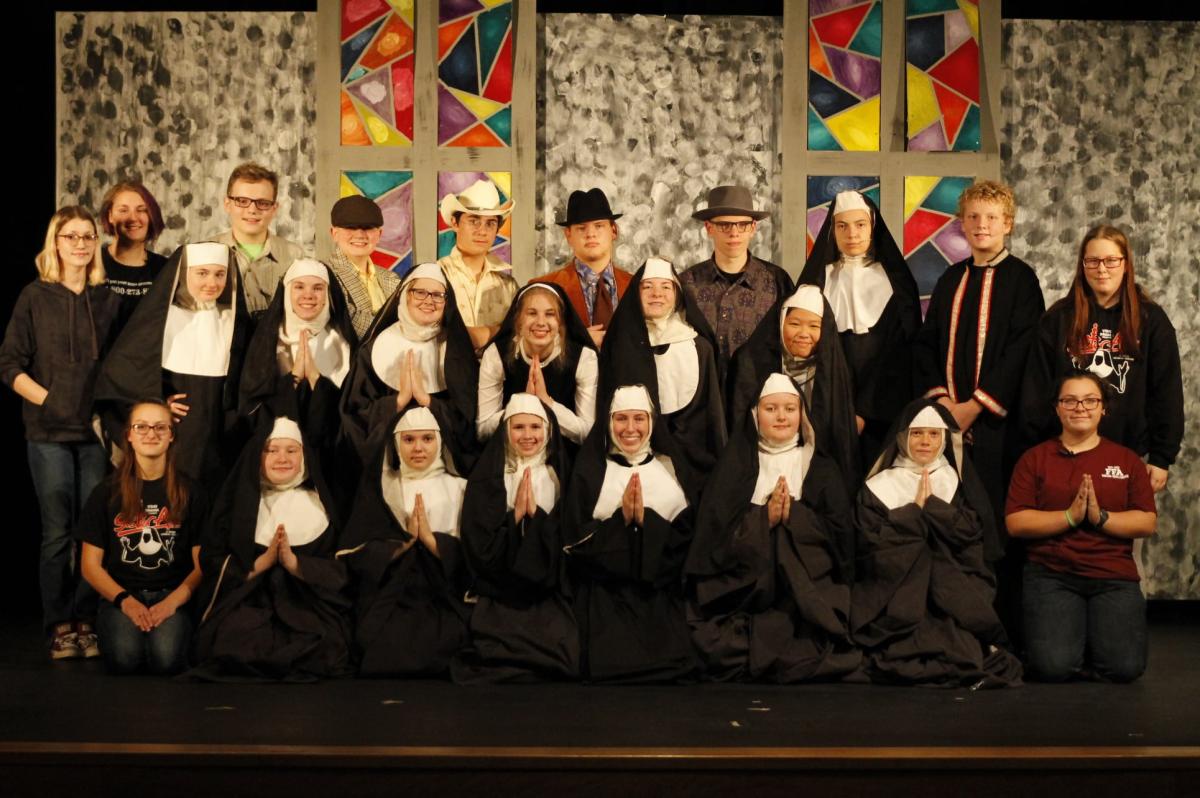 The cast and crew of Sister Act will perform this weekend
Vinton Shellsburg High School students will be performing the musical Sister Act this weekend in the High School Auditorium. The show will be performed on Friday and Saturday evenings beginning at 7:00 p.m. and on Sunday afternoon at 2:00 p.m.
Deloris Van Cartier is an aspiring singer in Philadelphia, where she is auditioning to perform at her gangster boyfriend's nightclub. Deloris believes that Curtis is going to introduce her to a big producer, but is upset when he tells her she isn't ready. Deloris decides to break up with him, but when she goes to find him she accidentally sees him kill one of his cronies.
Deloris runs to the police, who place her in hiding at a convent until Curtis is brought to trial. At first, Deloris feels as though it will be the worst thing in the world, chafing against the constraints of convent life and an immovable Mother Superior, but once she is introduced to the struggling choir at the convent, everything changes.
She finds that many of the nuns at the convent are not that different from her, and that they are quite fun to be around. They help give her a bigger purpose in her life, showing her a genuine love and affection that was missing prior to her arrival at the convent. Sister Act is a joyous show that uses music to bring people together.
Here's a link for a sneak peek.All of the pictures are here...