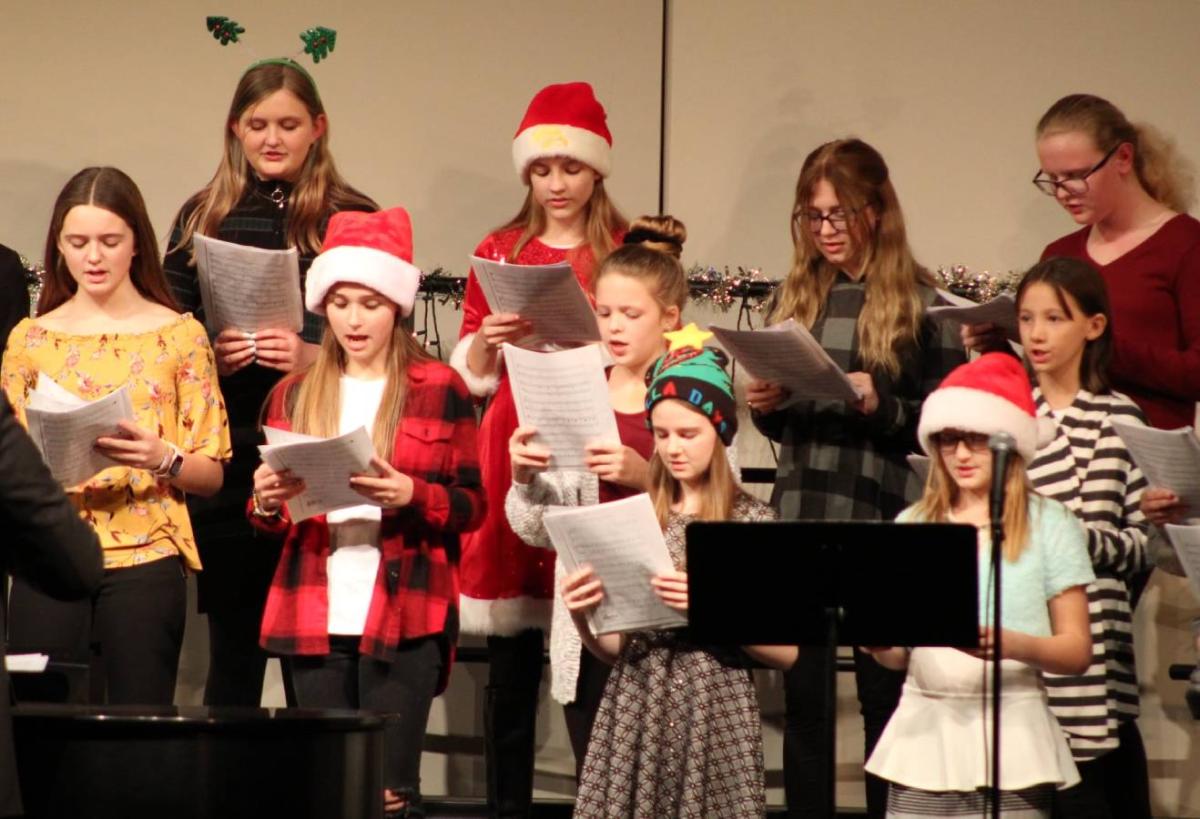 The 6th Grade Choir was made up of the following students:

The students performed Whisper!, Did You Ever Notice?, and Santa Claus is Comin' to Town.

The 7th Graders were joined by the 8th Grade Choir and sang Jingle Bell Rock.

The 8th Grade Choir performed the songs The First Noel/Pachelbel's Canon and Just a Little Baby.

Next up was the Treble Choir. The twelve students sang Like it's Christmas, Once Upon a December (from Anastasia), Winter with you, and Mele Kalikimaka soloists were Tori Elwick and Noel McKenna.

Members of the Treble Choir were:

The Chamber Carolers performed two songs, Hydom, Tiddlydom, and Carol of the Bells. This group was made up of a group of students who performed downtown during the open house and practiced before school each morning since October in preparation for the Christmas events.

The Concert Choir was the last ensemble to perform before the finale. The choir sang The Promised Land and I know I've been changed which featured three soloists, Kinzley Kurth, Bryce Walker, and Bryleigh Farmer. They also sang Light and Stille Nacht (Silent Night).

The Concert Choir was made up of the following students:

The Combined High School Choirs wrapped up the evening with A "Holiday Road" of Carols.

Photos can be seen here.

Previous Entertainment Article
No Horsin' Around and The Great Gift Tag Goof-up at the Palace this weekend!