Entertainment : The Schmidt Brothers to hold a Concert at the Palace April 22 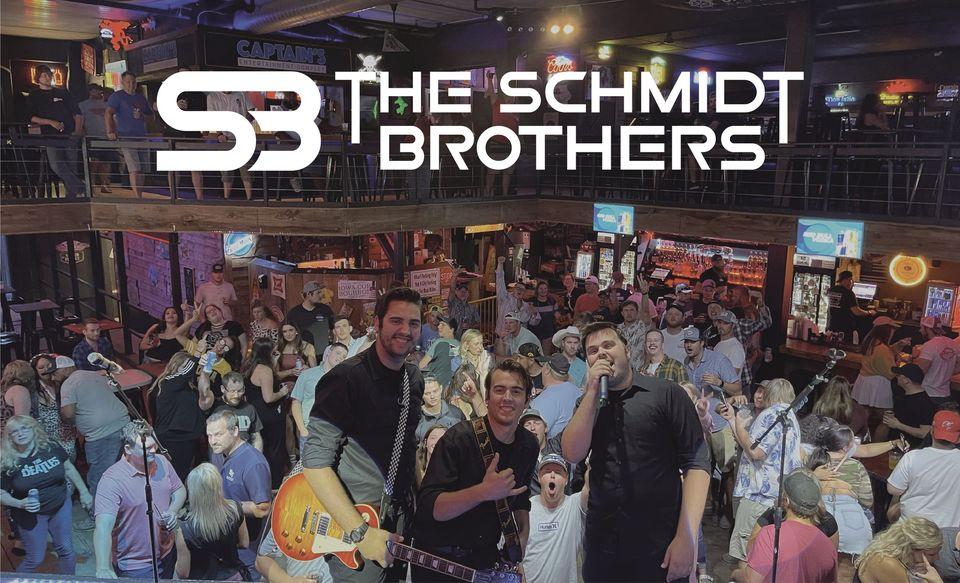 Many of you in the area know immediately who I'm talking about when I say, "The Schmidt Brothers." The three brothers who perform regularly together will be holding a concert at the Vinton Palace Theatre on Friday, April 22nd at 7:30 p.m. The group only plans to perform in Vinton one time this year and it will be at this one-night-only event at the Palace. The concert will be family-friendly with a mix of country, classic rock some pop tunes but all of the music will be cover songs.

Tickets for the upcoming concert at the Palace Theatre are $10 each, with all of the proceeds from the concert being donated to the Vinton-Shellsburg School District for the Fine Arts program.

The group which consists of Stephen, Sam, and Gabe had their start in music thanks to their dad, Victor. A member of "Johnny and the Rockers" their dad naturally involved his sons in the world of music. As the boys grew, music was just a normal part of their lives. The Schmidts have been a staple in the community since they began performing with their dad at a very young age.

The very first show that the family put together, was held at the Virginia Gay Nursing and Rehab, (the Annex). The four sang and played capturing the attention of the residents. That short performance gave the boys an introduction to the world of entertainment. While they sang and played for the older folks it gave the young boys the necessary experience as performers and a taste for the stage. As they continued to improve their skills and talent, they started playing at Party in the Park with the courthouse as their backdrop performing for the event for several years.

The family had traveled as far away as Wyoming for a private party and said that their largest venue where the band has played would have been at the Surf Ballroom in Clear Lake. They were all unanimous that the most fun they've had at a performance would be at Elray's in Iowa City just a couple of weeks ago.

While the Schmidtz brother specializes in 80's rock n' roll (Journey, REO Speedwagon, Foreigner, etc.) they are not limited to just one genre. They also enjoy playing country, classic rock from the 70s to the 90s as well as Pop.

Holding live concerts can be somewhat stressful behind the scenes for performers. You'd never know it if you're in the audience, but occasionally something doesn't go as planned. A few weeks ago as they prepared to kick off their show, their most important piece of equipment wasn't operating. The guys laughed as they said that if any other piece of gear could have stopped working they could have worked around it, and it wouldn't have been a big deal. Any piece except for that one. This piece of gear controlled many of the functions for special effects in the show.

While the audience waited for the show to begin, the guys were frantically trying to figure out backstage what had happened. They discovered that the equipment had simply been sitting too close to an open window and had simply gotten too cold to function. As soon as the equipment warmed up, the show began, seemingly without a glitch to those on the other side of the curtain.

The brothers have a simple way of deciding which songs they will sing. It's a mixture of deciding on a song they all like and sometimes the process includes throwing ideas out there to see what works. The process for eliminating songs is even easier. They joked that they sing a song until they're sick of it and then they add something else into the mix.

You will be able to find the group at several gigs across Iowa as well as in the neighboring states of Missouri, Illinois. The guys even a show in Indianapolis, Indiana this year. The group will be dialing back their schedule this year from the 45 shows that they did last year. They plan to keep the number around 25 this year.

Now in their 20s, the three divide their time between their music and careers. With one in Marion and the other in Waterloo, Vinton is still the place they meet to practice for their upcoming gigs. During the week, you'll find them working for Collins Aerospace, Fareway, teaching at a High School in Cedar Rapids, and cracking the books for college courses.

The three remember fondly their time at Vinton-Shellsburg. They enjoyed jazz band, marching band, and being able to help out with the plays. They want to use their talent to give back to the program and help to benefit the students now through this concert.

Tickets are available now through the group's Facebook page which you can find here, or through the Palace Theatre's website found here.

Next Entertainment Article
"Oh, the thinks you can think! Oh the places you'll go!" ACT I to hold auditions