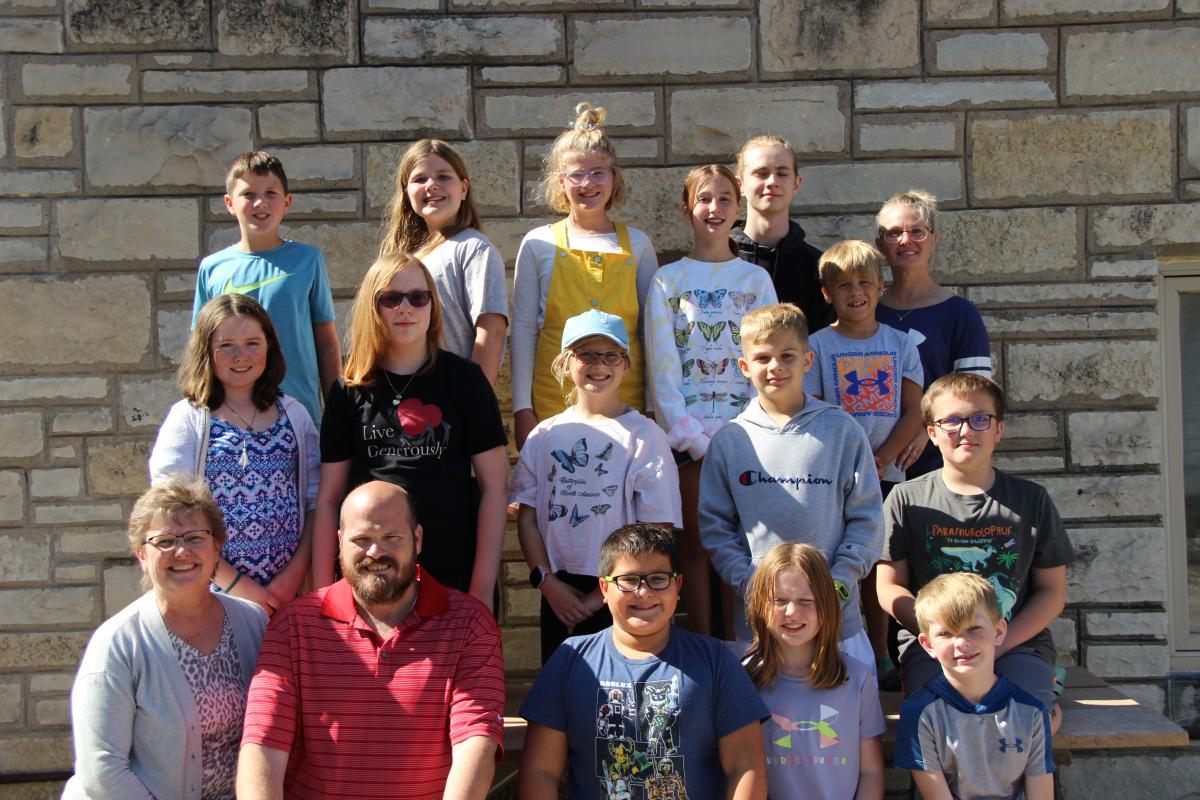 Mark your calendar for November 11-13 to see the performance of Monsters in the Closet.

Each performance will be held at the Union Middle School located at 505 West St. in Dysart.

The cast is ready to perform "Monster In The Closet" and have been working very hard. Many of the will be debuting with the Wolf Creek Players.

Emily has a big problem. Not only is she sent to bed just as she reaches the highest level of her new video game, but there's a monster in her closet! It's not just her imagination. Her friend Stephanie saw it, too. Suffering the teasing of her brother and his friends, Emily and Stephanie recruit some of their own friends to help capture the monster. What they don't know is that Murray, the closet monster, doesn't mean any harm - he only wants to play Emily's new video game. He's too scared of kids to even think about trying to frighten them. Murray's boss, the Dream King, has heard about his goofing off on the job, and now Murray is on probation. Murray's supervisor, fellow monster Wanda, is not happy with him either. After all, every monster knows that when a child is born, a monster is assigned to watch over her - not to play with her toys and especially not to get caught in the act! What will happen when Emily has all her friends over for a sleepover to try to capture Murray? Even with Emily's friend Brain's careful analysis and planning, the girls wind up trapping the Dream King and his secretary, Toady, instead of Murray. The solution to Emily's monster problem brings humor, a bit of ingenuity and a little magic to this charming and delightful family show.

This play is written by Angela D. Stewart and directed by Deb Kloster.

Photo Caption: From left to right:

Next Entertainment Article
The Little Mermaid