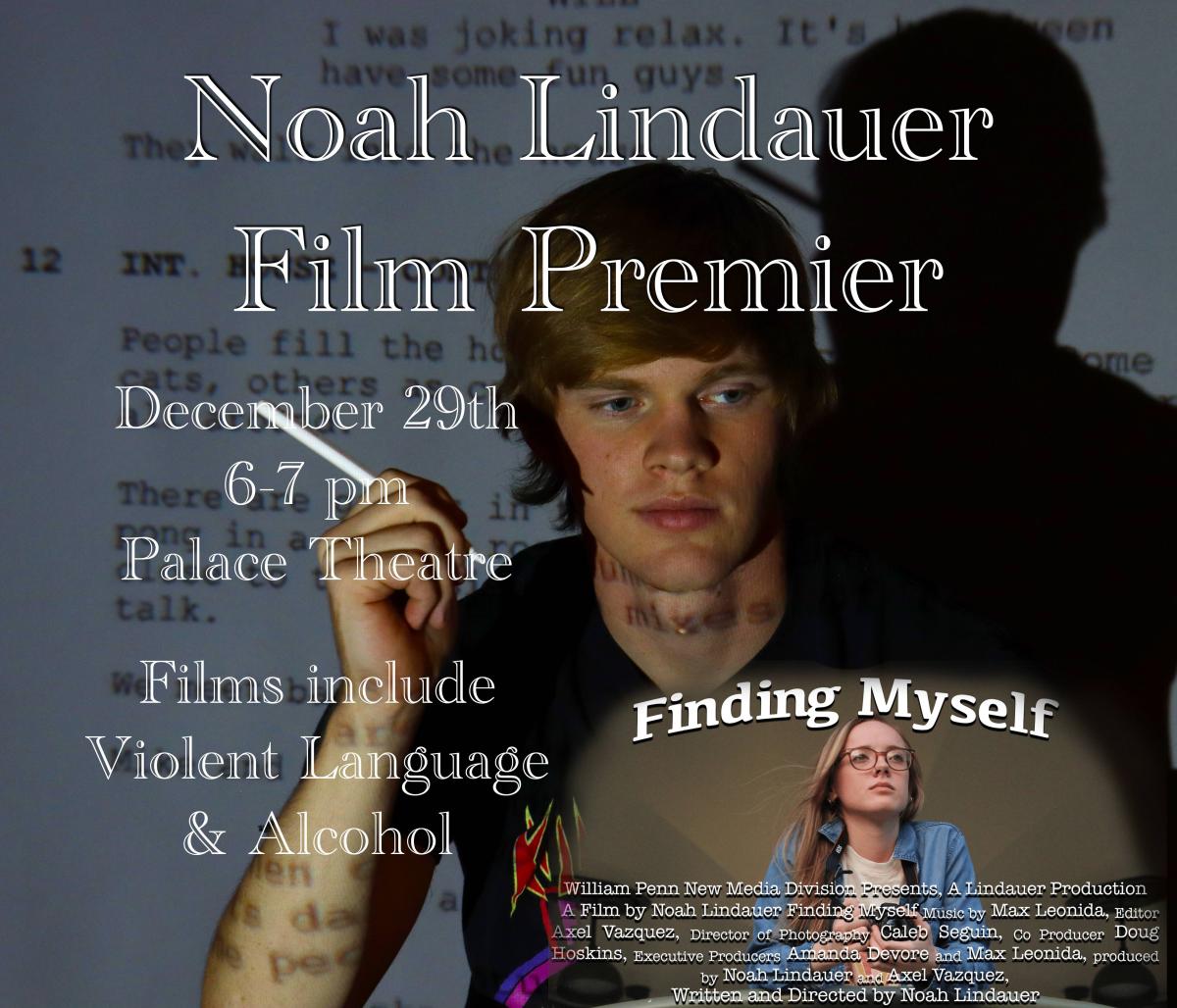 Noah Lindauer, a graduate of Vinton-Shellsburg, will premiere five of his short films and music videos. The projects reflect his first year and a half at William Penn University in Oskaloosa. For all of them, he is the writer, director, and producer.

Among the films will be "Attraction: Small Town Iowa," a short documentary highlighting four locations in Iowa: The American Gothic House, Maquoketa Caves, Amana Colonies, and The Grotto of Redemption. This film was also aired on Fox in Des Moines in March of this year.

The second film will be, "Finding Myself," where two college students meet at a small party and fall in love (contains alcohol consumption and violent language). Also featured will be two music videos to the songs "Punisher" by Phoebe Bridgers, and "Waterparker" by Botany; and "The Meeting Room," a dark comedic short about two friends talking through an unpleasant breakup.

The premiere is being held on December 29th at the Vinton Palace Theatre from 6:00 p.m.-7:00 p.m. Lindauer will be giving a short talk about his journey as a filmmaker and holding a Q&A after each film showing.

DE December 23, 2022, 2:32 pm Noah is very talented. Saw some of his stuff at Lions Club. Should be a good show. Great future ahead!
advertiser content