Entertainment : Showing tonight only at the Palace: Misery 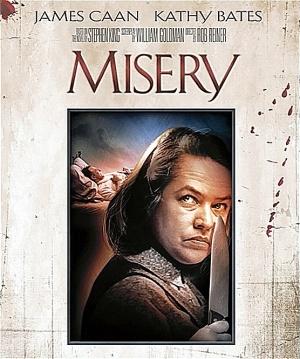 Misery is a 1990 American psychological thriller film directed by Rob Reiner, based on Stephen King's 1987 novel of the same name, starring James Caan, Kathy Bates, Lauren Bacall, Richard Farnsworth, and Frances Sternhagen. The plot centers around an obsessive fan who holds an author captive and forces him to rewrite the finale to his book series.

After a serious car crash, novelist Paul Sheldon is rescued by former nurse Annie Wilkes, who claims to be his biggest fan. Annie brings him to her remote cabin to recover, where her obsession takes a dark turn when she discovers Sheldon is killing off her favorite character in his books