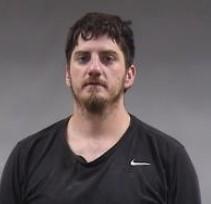 In July of 2021, the Benton County Sheriff's Deputies in conjunction with Washington County worked to arrest 37-year-old Scott Christopher Kirk who was in Vinton at the time. Kirk had a warrant out for his arrest on charges of third-degree burglary from a motor vehicle, fourth-degree theft, and fourth-degree criminal mischief. The thefts occurred in Riverside, Iowa. Bond was set at $4,000 cash only, and a detainer was placed with Benton County.

Through a plea agreement, Kirk is guilty of third-degree burglary, an aggravated misdemeanor and a lesser charge of fifth-degree theft, a simple misdemeanor. For the first count, all but seven days of a 90-day jail sentence was suspended with credit for time served, with Kirk to serve two years of probation. Kirk must also pay $855 in fines with a 15% surcharge, $188.19 in damages, and all court costs.

For the second count, Kirk was sentenced to spend seven days in the county jail with credit for time served.

Originally he had been charged with two counts of third-degree theft, and a fourth-degree criminal mischief charge was dismissed. The criminal complaint states that witnesses saw Kirk break into a vehicle at 5:55 a.m. on June 16th at 3184 Highway 22.

Security surveillance identified Kirk and a search warrant served at his residence found the items stolen from the burglarized vehicle.