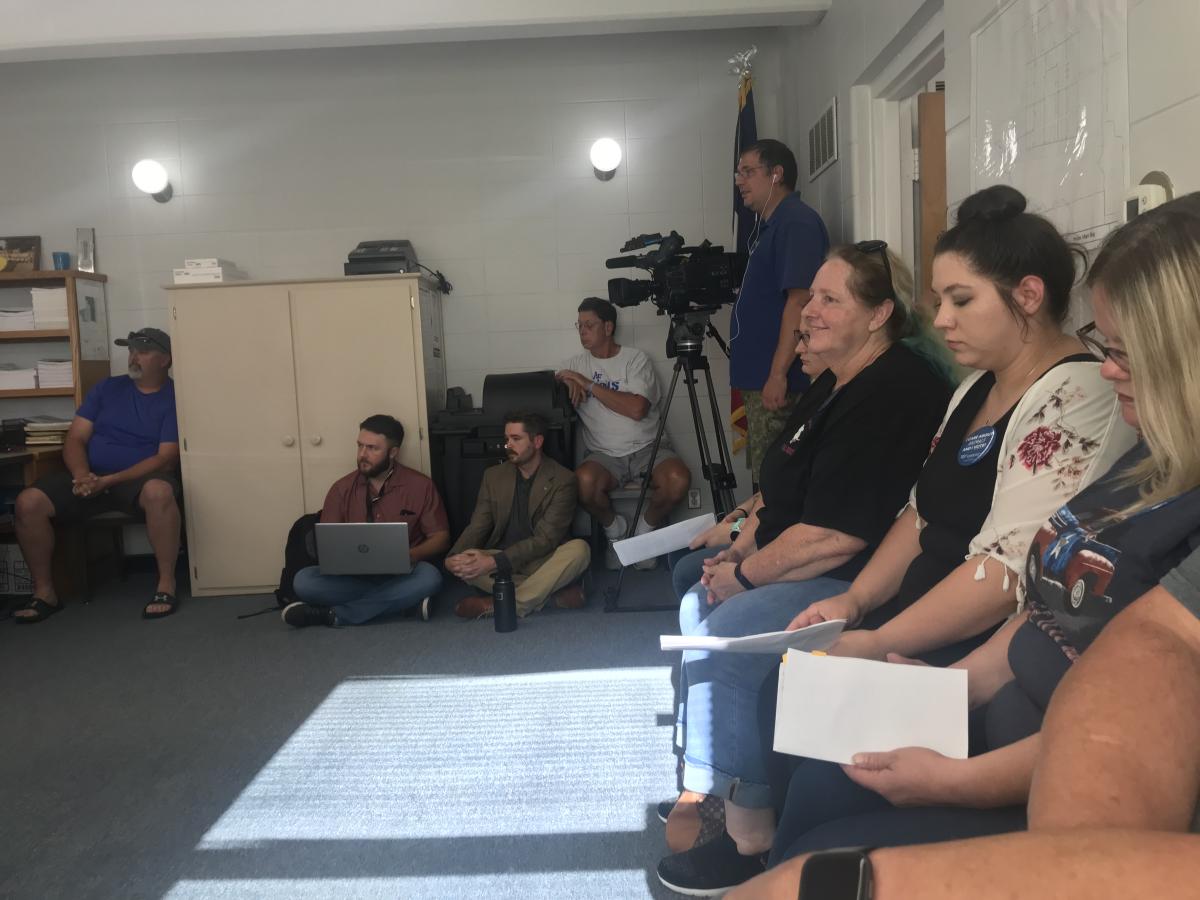 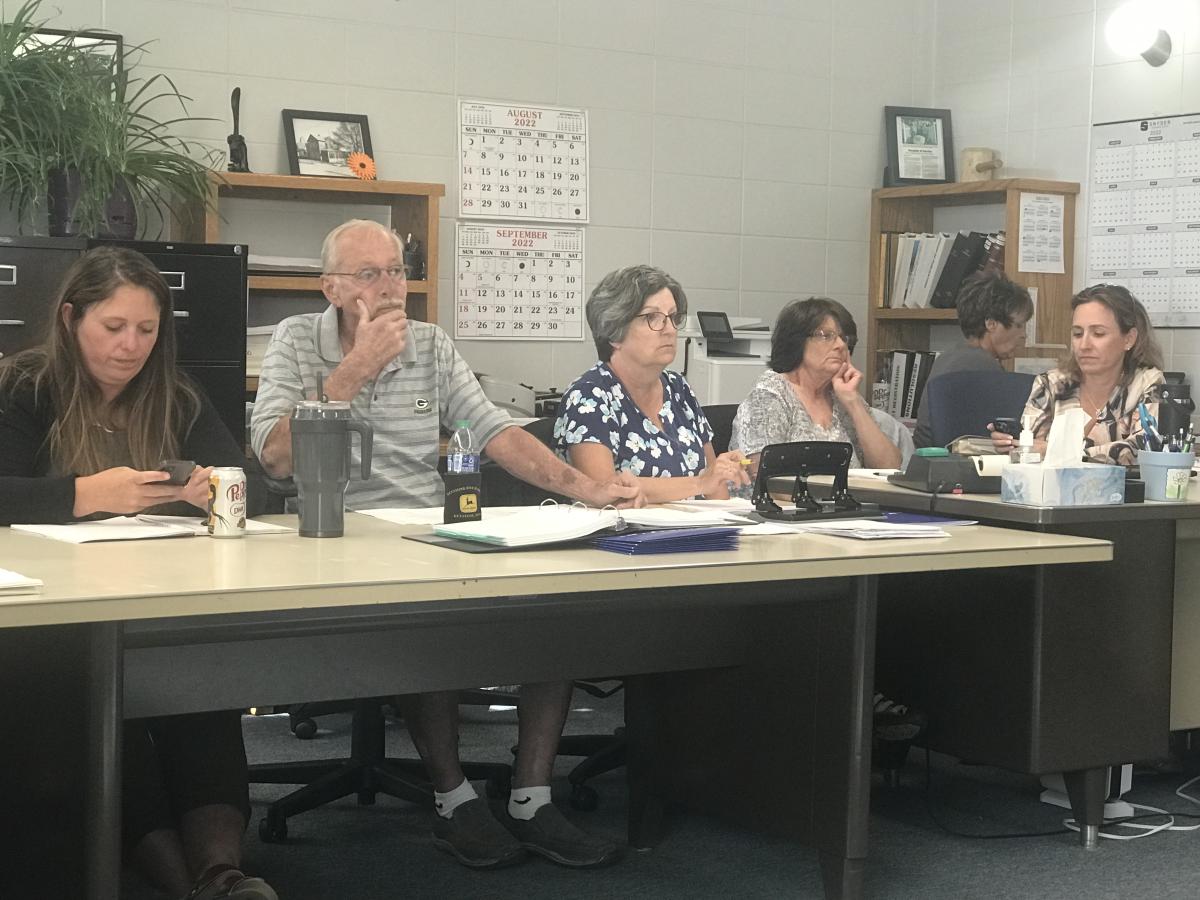 The Keystone City Council had a packed room for their meeting on Thursday evening. Residents addressed the board expressing their displeasure concerning the Pit Bull Ordinance.

Some of the residents broke down in tears as they addressed the board requesting that their dogs be allowed to remain in their homes. There have been no incidents involving any of the dogs represented at the meeting however they were approached on July 22, 2022, by a Benton County Sheriff's Deputy informing them that they would need to remove their dogs within 10 days. The Sheriff's Department, however, said that there had been no orders issued to that effect.

Keystone City Hall's website is down so residents cannot see the ordinance. Attempts to contact City Hall were also ignored. There has been no comment from Keystone as to who ordered these visits.

Several spoke on behalf of the dogs. A representative from Waterloo's Cedar Valley Pit Bull Rescue was on hand to address the board when the topic of identifying pit bulls was being discussed. She believed that a simple DNA test of the dog could determine the amount of pit bull was in each dog.

Keystone's Mayor Mark Andresen and Preston Moore the Iowa State Director of the Humane Society of the United States both disagreed with that assumption. Andresen had spoken with a veterinarian who explained that a simple DNA test is inconclusive on the amount of pit bull that is in an animal. The Mayor and Moore agreed on this and Andresen explained that you would also need to test the dog's mother as well to get a true result. Moore also explained that ability to Identify a breed simply on its looks is also an inaccurate way to identify the breed as most people unless they are trained can identify dog breeds correctly.

How many were told to get rid of their dogs?

Behind the scenes, another topic up for debate this week, has been exactly how many people were told to remove their dogs. The residents reported that the deputy said 9 or 10, the deputy contacted Vinton Today and said that there were only 4 or 5. Body camera footage was obtained to settle the dispute.

According to the footage, the deputy did indeed tell the residents that there were 9-10 families that would be affected by the removal, but footage only shows 5 stops. Upon sharing the footage with the affected residents, it was discovered that there were at least two stops that were not recorded on the officer's bodycam. It was reported that one of these exchanges was heated with the officer telling the owner of the dog being discussed in the dispute that now they would only have 7 days to relocate the dog.

How does the law work?

The deputy repeatedly said on his bodycam that he was making a "courtesy" and had obtained a list from the City of Keystone of the dogs and that he would be back in 10 days with an order and search warrant and would remove the dogs.

However, according to the sheriff, papers must be served, at which time residents can appeal the orders. Then residents would approach their city council or board of supervisors and present their case.

As for a search warrant being obtained, that part could be true, AFTER an appeal and IF the dog was not removed. However, the term "search warrant" puts fear in the heart of any citizen. Visions of a battering ram on the door, and chaos inside your home is the message that was sent and received by the dog owners.

Efforts to change the law

The dog moms have banded together and with the help of Moore of the Humane Society, they have asked for the cities of Vinton and Keystone as well as the Benton County Supervisors to suspend and then revamp the ordinances targeting specific breeds. So far the Supervisors do not have it on their agenda for this week, and it is unclear if the cities will also take it up.

In the meantime, a petition has been started to encourage the lawmakers to take action and change the 20-year-old ordinance. You can sign it here. Currently, there are more than 7,000 signatures. If you live IN Benton County, take a minute to sign.

The Human Society has offered its services free of charge to the cities and counties to help adopt a more accurate ordinance outlining guidance for determining which animals are dangerous and how to deal with those issues.

If this ordinance isn't updated, several dogs and their families will be at risk of being torn apart. The 20-year-old law was written out of fear. Now we have professionals who deal with animals offering their services. FREE. Something you don't often get in government. I'd say that's a deal they shouldn't turn down

How dangerous are pit bulls?

In Benton County last year alone, we had 35 dog attacks. Of those attacks, NONE were pit bulls. Now we know that there are pit bulls living among us, or dogs who are considered pit bulls by their "looks" or "characteristics" and apparently identified as such by officers and residents without any training.

You might also hear that the bite of a pit bull is stronger than any other.

Annette Olson August 9, 2022, 12:18 pm Have any of those making the decisions actually met any of the dogs in question? What happened to innocent until proven guilty?
Marcia McDaniel August 9, 2022, 3:52 pm These pitbull bans must end. Placed on folks out of fear by those who think they know what’s best, you don’t and when communities refuse advice from the humane society of the United States, you look inhumane and ignorant.
Henry Francis August 31, 2022, 12:32 am Pitbulls, their mixes and variants need to be banned or at the very least need to be muzzled in public. These dogs have been bred for fighting and killing other Pitbulls, bears and bulls for bloodsport. The genetic engineering done by early dog breeders have created a niche genetically altered dog that is unstoppable killing machine purpose built to continue to fight ,no matter how injured , until death.

With Pitbull fighting banned and Pitbulls no longer a niche dog owned by a small amount of dog fighters, Now these murder machine Pitbulls are readily available, most animal shelters are filled with them, where Pitbulls are often presented as Labrador or boxer mixes despite being 100% or mostly pitbull.

Before you decide to repeal your Pitbull ban , I recommend you do a Google search : Reddit r/pitbullsinthenews

This subreddit links newstories of daily Pitbull attacks, usually their are at least 2 or 3 daily and it seems the majority of Pitbull attack victims are babies, children and the elderly.

Also, go to YouTube and put "pitbull victim awareness" in the search field.

I hope that you make the right decision and keep this ban, I read stories daily about people having their lives altered by making the wrong decision to own one of these dangerous animals, many losing children or grandparents and many , many owners die in attacks by their own Pitbulls.