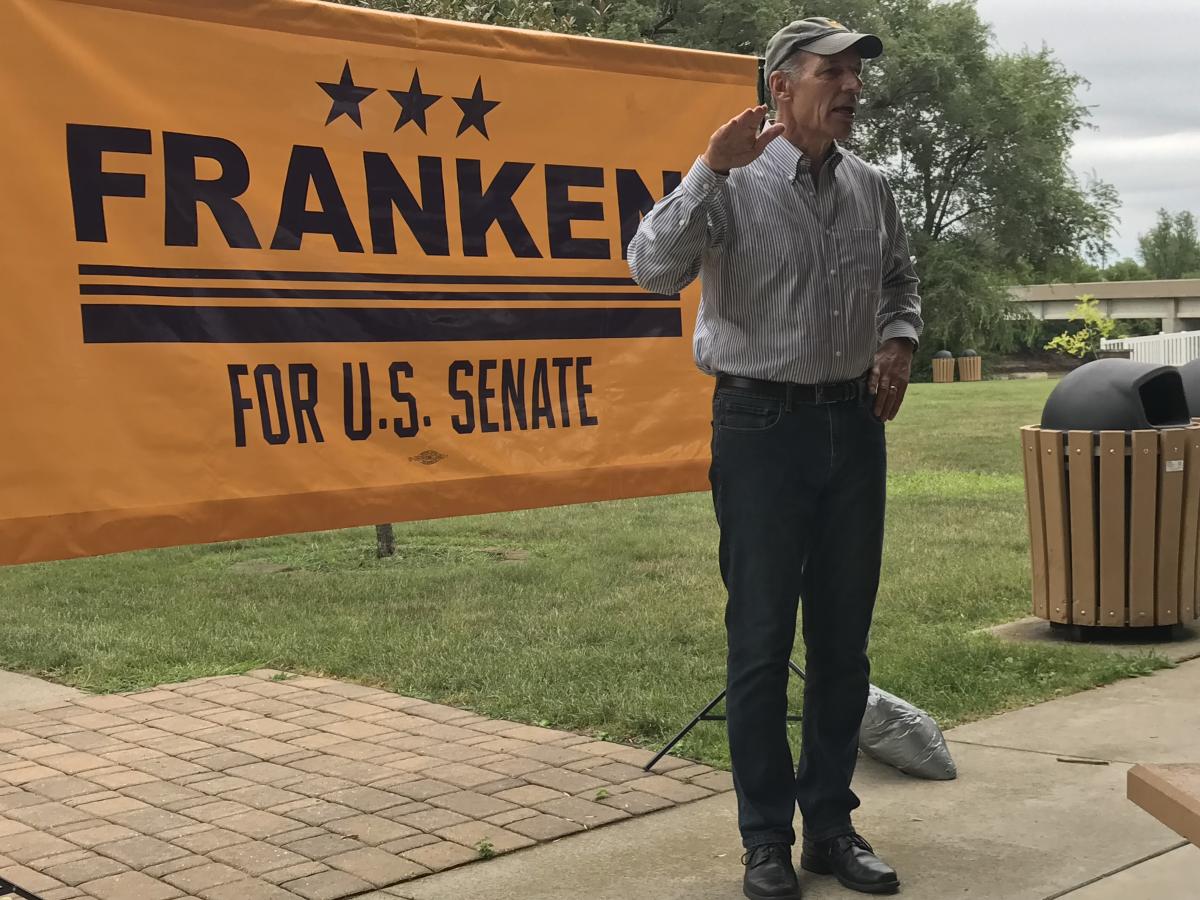 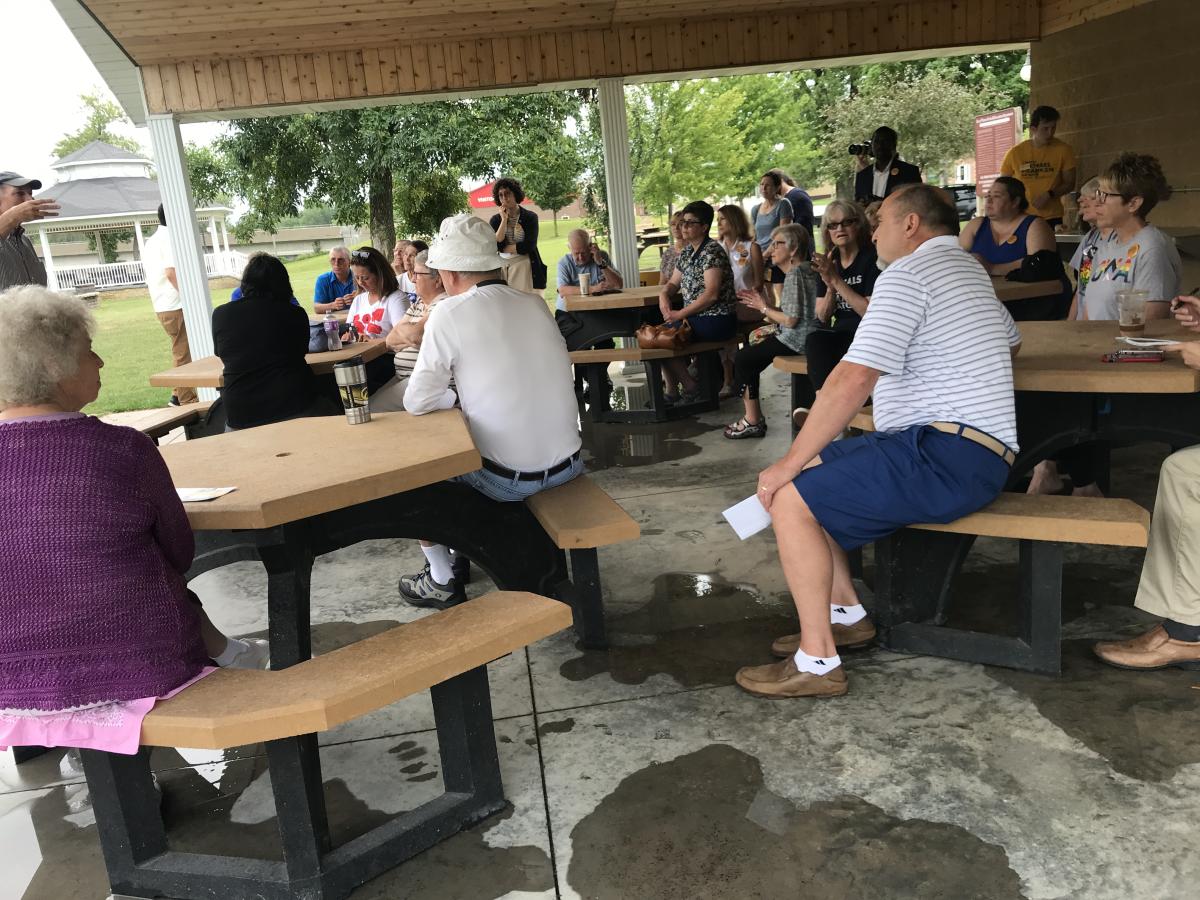 With fewer than 100 days to go to the November election, retired 3-star Admiral and candidate for U.S. Senate Michael Franken made a stop in Vinton. He plans to hit the milestone of holding at least one public meeting in each of Iowa's 99 counties.

A little more than 20 area residents stopped at Celebration Park to visit with Franken and ask questions and share experiences with the candidate.

Admiral Mike Franken is running to defeat Senator Grassley. Mike has been campaigning across Iowa, meeting voters where they are to discuss issues that matter to them.

Mike was born and raised in rural northwest Iowa, the youngest of nine children. Lebanon, Iowa, had eight houses, a church, a small school, and a feed store. The Franken home was small - one bathroom for a family of ten. Mike's life centered on helping his dad, going to school, and exploring nearby Dry Creek.

He learned the meaning of sacrifice from his mother - a one-room schoolhouse teacher with a brilliant mind who left teaching to raise a growing family. She maintained her passion for learning - always with a book in hand, encouraging her kids to read.

He learned the value of hard work from his dad - a WWII veteran who mastered his craft in his small machine shop, where Mike learned to weld and run a lathe. Mike never shied away from work - he went on to do odd jobs as a farmhand for many farms in the area, and in a nearby meatpacking plant while in high school and college.

It was this humble and grounded Iowa beginning that gave Mike an opportunity to earn a scholarship into the U.S. Navy where he dedicated nearly four decades serving our country. He served in four navy destroyers, a destroyer squadron, and an aircraft carrier. Mike was the first commanding officer of the USS Winston S CHURCHILL - deploying frequently to the world's hotspots. He retired as a three-star Admiral in 2017.