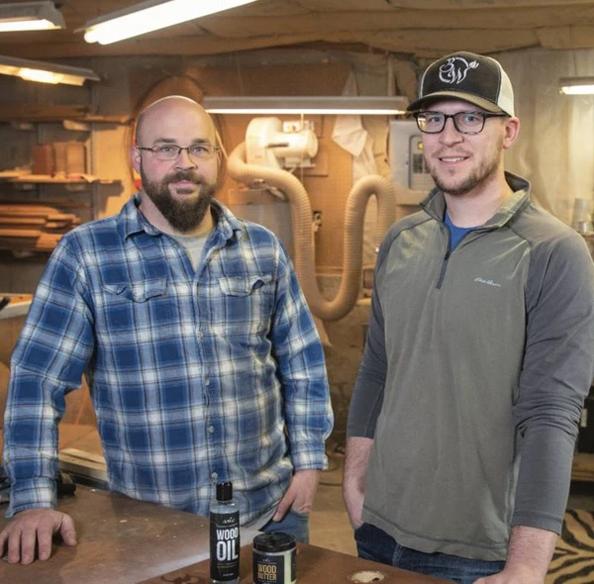 TJ Bowen and Payton Schirm of BoWood to open in Urbana 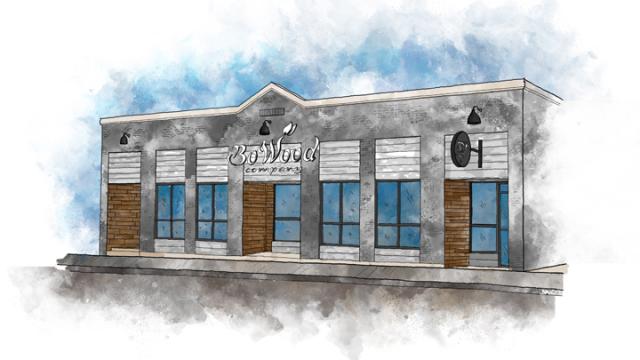 The BoWood Company started when Alexa Schirm, who is a food blogger, asked her brother-in-law, TJ Bowen, to do some cutting boards for photoshoots. When people began asking her if they could buy the cutting boards in the photos, her husband Payton and TJ began making cutting boards and other products to sell at Farmer's Markets and art shows throughout the midwest.

Since those days, TJ and Payton have grown BoWood into a fulltime business creating custom furniture and completing architectural woodworking projects. With the help of Benton Development Group and a good working relationship with the City of Urbana, BoWood purchased a building on Urbana's main street where they plan to grow their business with expanded manufacturing capabilities and a showroom open to the public.

In 2018 they started used TJ's experience to begin doing larger projects. The team's first projects involved tables and small cabinets. They began taking custom orders and continued to grow to the point where they've completed some large commercial projects. One example of a larger project involving custom woodwork of all kinds is Gianna's Italian Beef in Cedar Rapids. The owner is a good friend TJ and Payton's, and the team worked directly with the project's architect.

"We are both from Vinton, and it's where my wife and I live now," says TJ. "In January of last year, we approached Kate Robertson with Benton Development Group about available properties in or near Vinton. We couldn't find what we needed in Vinton, so we explored a variety of other options. It was about four months later, when we learned that the building in Urbana might be available. Now we're very excited about having a location near 380, which will make it easier for people along the Corridor to see what we can do for them. We're also excited to be a part of the Urbana community.

"Kate Robertson, the director of Benton Development Group, was instrumental in the entire process. She helped create a list of potential sites for us and stayed involved with ideas for various options. As we began working directly with the City of Urbana, Kate helped us, and the City of Urbana reach an agreement that would work well for everyone. Not only was BDG helpful with site decision and working with the City of Urbana, but Kate also helped us with financing and business planning by putting us in touch with the SBA's SCORE mentoring services. Our mentor helped firm-up our business plans and financing."

Explaining what BoWood does, Payton said, "We enjoy understanding what our customer's goals are for the work they're asking us to do. We aren't competing with box stores for mass-produced products. When our customer has a role in design and creation, the end product means a lot more to them; it comes with a story about the materials we used, the methods used in construction, and the contributions made by the customer."

BoWood began working on transforming the new facility on the 2nd of March, immediately after closing on the building. The goal is to begin production within eight to ten weeks and to have the showroom ready within two to three months. The goal is for the entire facility to be fully operational by mid-summer.

Next News Article
iVinton wheels put into motion 1 year ago