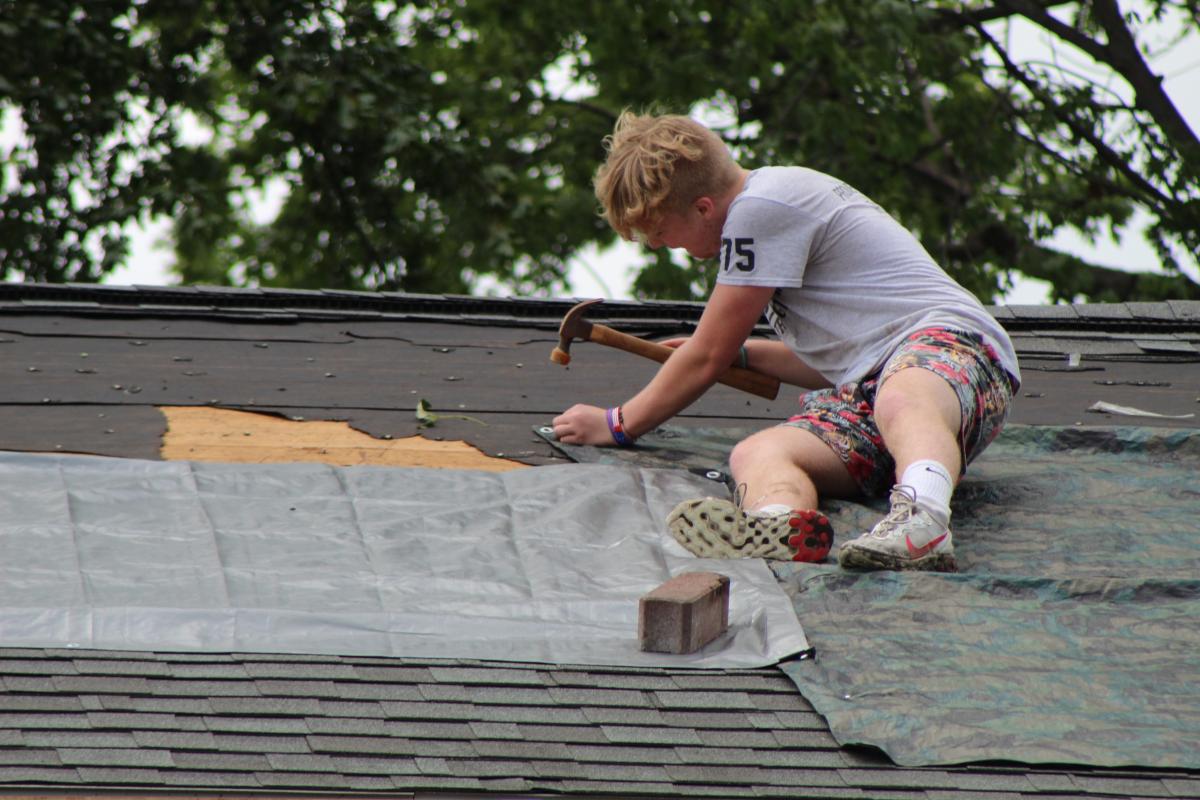 The city of Dysart was spared a massive hit on Wednesday night. Of course, you'd think that if you weren't one of the homes hit by the tornado.

At last count, ABC reported that there was a string of 27 tornadoes that went through Iowa, one of which touched down in the southernmost part of Dysart. Driving between Dysart and Vinton, you can see where the tornado had touched down outside of town in the cornfields. A straight path along the Garrison road on the Vinton side can be seen as well as crop damage along Hwy 218 just south and west of Vinton.

Tom Richtmeier, the General Manager of Vinton Municipal Electric Utility said that a crew was sent to Dysart late last night to help restore lost power, along with Traer, La Porte City & CFU. "This is part of a mutual aid program we participate in through Iowa Association of Municipal Utilities (IAMU)," said Richtmeier.

If you were unfortunate enough to be on Hwy. 218 during the storm, the area from Vinton to Hwy 30 was covered with rotating clouds for about 45 minutes in one area or another. (Don't ask how I know that.)

For pictures of the aftermath of the storm in Dysart, click here.