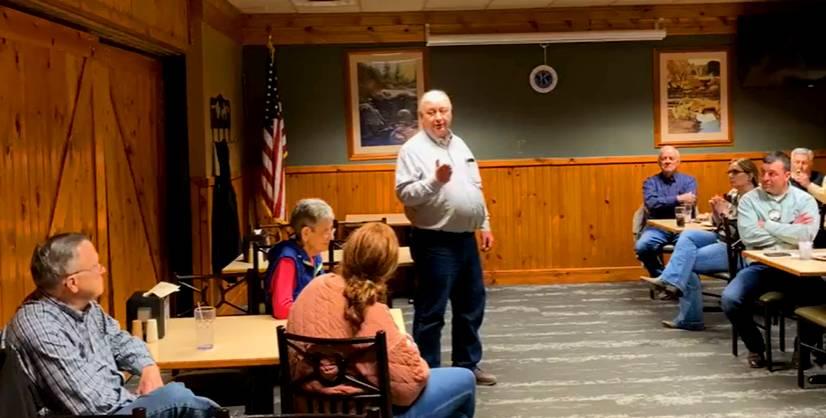 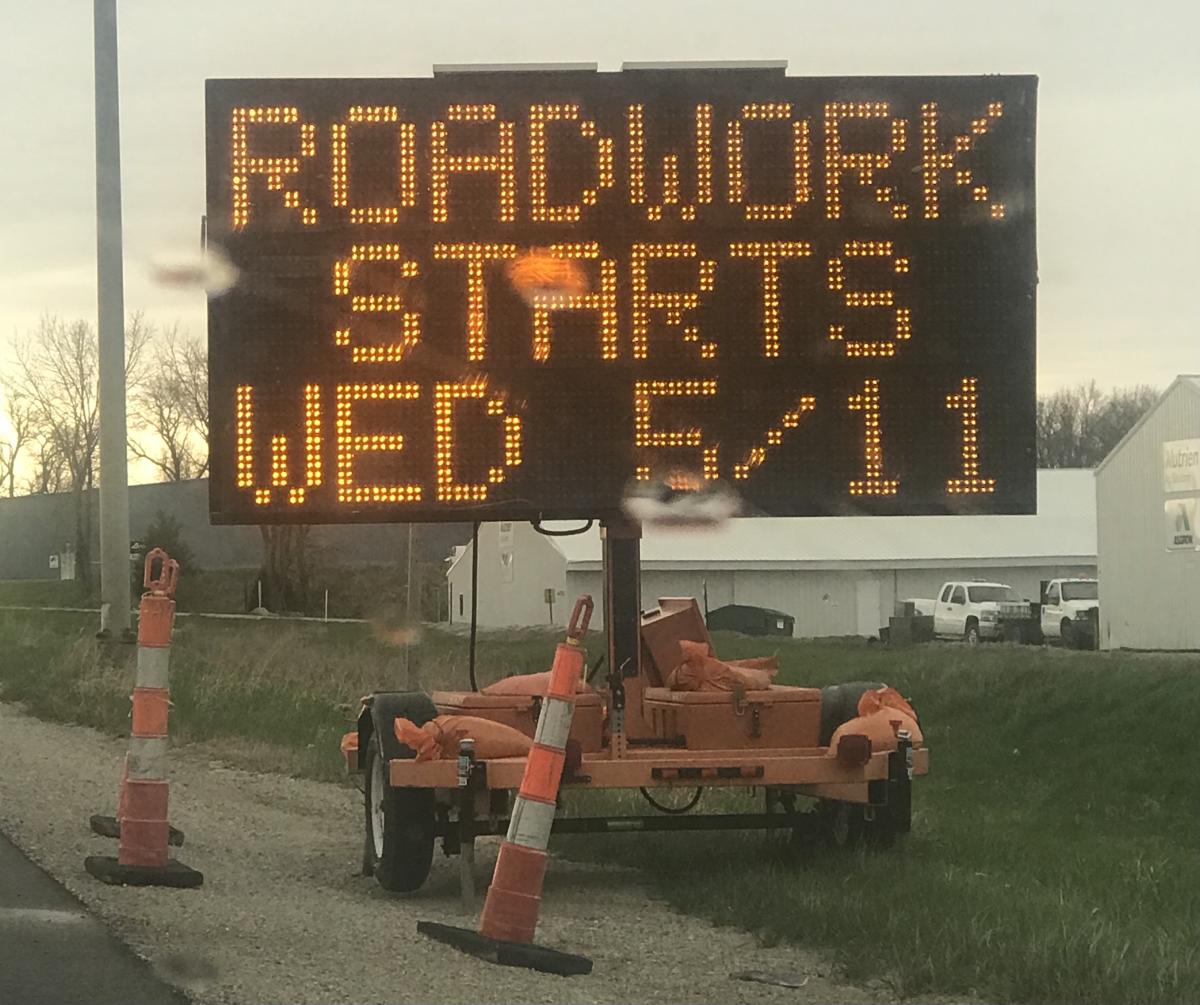 A sign outside of Independence indicating when work will begin on 150 again.

He said that it looked like Secondary Roads will look a lot less involved this year compared to the eight bridge projects that were under construction during last year's construction season. He updated the group on projects that he believes will be happening throughout the county during this upcoming summer and fall. Dates for these projects will be determined by the state. However, Parizek said,

"I don't think that there's a highway that the DOT maintains in Benton County that isn't going to be impacted in one way or the other this year or the next."

Construction is happening on Highway 30 headed west. There is construction at the Luzerne road, Hwy 21 to Dysart, and most every state road in southern Benton County is slated to have some construction on it.

Highway 30 is going to be torn out from Highway 218 west to join with the newly constructed highway. He said that the highway 21 intersection had been shut down so travel in either the north or south direction was shut down. Travel had been rerouted if you wanted to go to either Belle Plaine or Dysart and he expects that to be shut down the entire construction season. Of course, all of the construction progress will depend on the weather.

Later this season he said that the Iowa Department of Transportation will be taking bids for construction projects on Highway 30 for the section between Highway 21 and 16th Ave. He said that probably over the next two or three seasons we'll get to see that section of Highway 30 being built, developed and paved.

South on Highway 218 and past the Newhall and Van Horne corner, the state will be regrating the road where the old railroad tracks cross the highway. This is scheduled for next year.

Parizek also asked the County Supervisors to lower the speed limit in an area concerning a bridge replacement on 55th Street in Cedar Township to"35 mph on 11th Avenue Dr from 76th Street south 1.0 mile to the intersection of 77th Street," and 'upon opening of interchange of IA Hwy 21, the temporary speed limit be removed and the speed limit return to 45 mph."

In the northern part of the county...

One of the major changes will be the Urbana corner. This is the intersection where five Benton County residents ages 12-20 lost their lives in 2015 after pulling into the path of a semi. The plans for that corner Parizek said include a roundabout. Traffic will be rerouted at the Brandon corner to Brandon and then back over to Highway 150. This is scheduled to begin sometime this month and be finished this season. (Parizek noted that if you're coming from Independence you'll detour off at the "other" Brandon corner noting that Vinton and Independence refer to different roads as the "Brandon corner." Either way, you'll go through Brandon and return to Highway 150)

He mentioned that the resurfacing project between Vinton and Independence was not completed due to the weather last year. There is a sign up on the southern edge of Independence that indicates construction will begin on May 11.

There is also a bridge near Prairie Creek Church that is scheduled to be replaced on Highway 150 in 2024.

Next year he hopes to resurface the road east of Tilford to the Oak Grove Church (just north of Shellsburg) and from Shellburg north to the river bridge. The rock road E24 will have the bridge replaced later this year, it's part of the Oak Grove Extension. Then the hope is to pave to the Linn County line, something that's been talked about for a decade or so.

He also hopes to resurface roads near Garrison, and some roads near the Buchanan county line next year. On the tail end of sharing his hopes for future resurfacing projects he also cited the rising costs. He said that those have been raised upwards of 30% so that will affect the amount of work that the county will be able to do in the future.

Joiel Schmitz May 11, 2022, 8:33 am Hope there is not a fire or other emergency west of Urbana while they are putting in their roundabout that only a few people want. I HOPE Shellsburg is ready for a lot of commuter traffic What a waste of money on something most people don't want
advertiser content