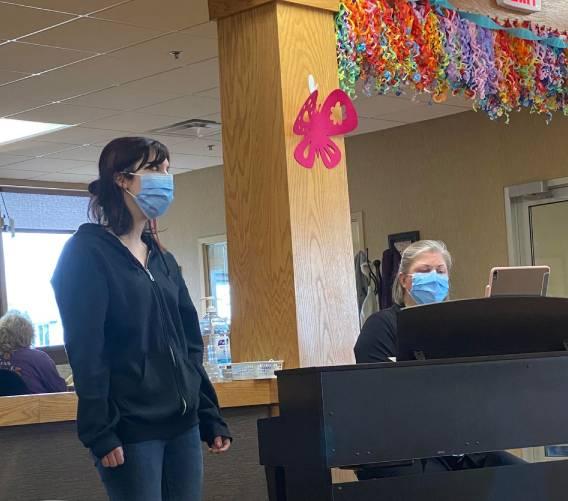 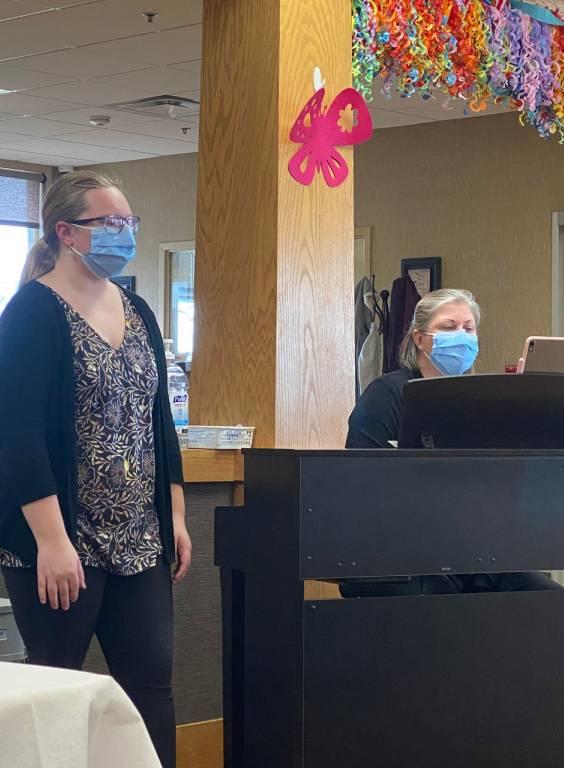 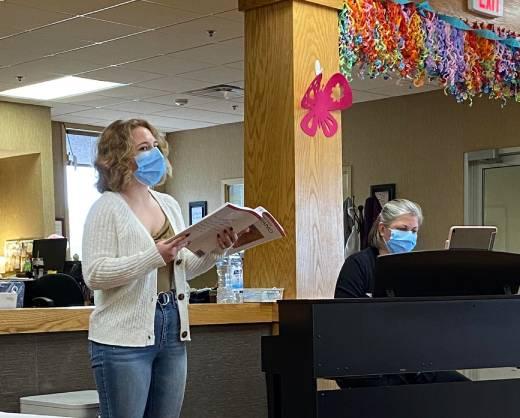 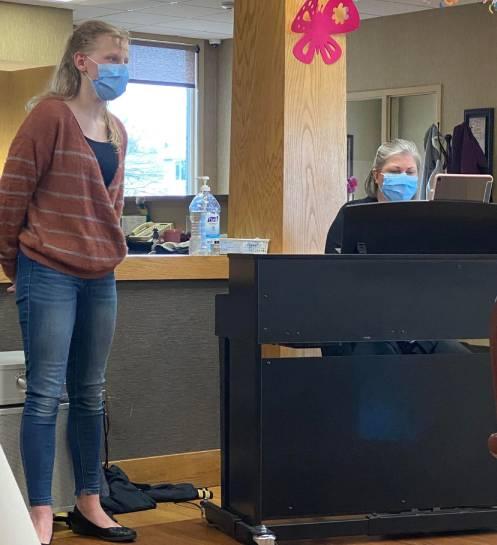 Four Vinton-Shellsburg students took time out of their day to visit Vinton Lutheran Home Assisted Living's Mother/Daughter Tea that was held at the Lutheran Home. On Thursday afternoon the students performed songs that they had previously learned for a singing event that the school had competed in.

Michala Martin went along with the students to accompany them on the piano. The students included were Bryleigh Farmer who performed "The Sky Above the Roof" by Ralph Vaughan Williams, Noel McKenna sang "Amarilli, mia bella" by Giulio Caccini, Darby Glynn serenaded them with "Ach, ich fhl's" from The Magic Flute by Mozart and Morgan Reeves shared the song "Down in the Valley to Pray" a southern folk ballad arranged by Jay Althouse.