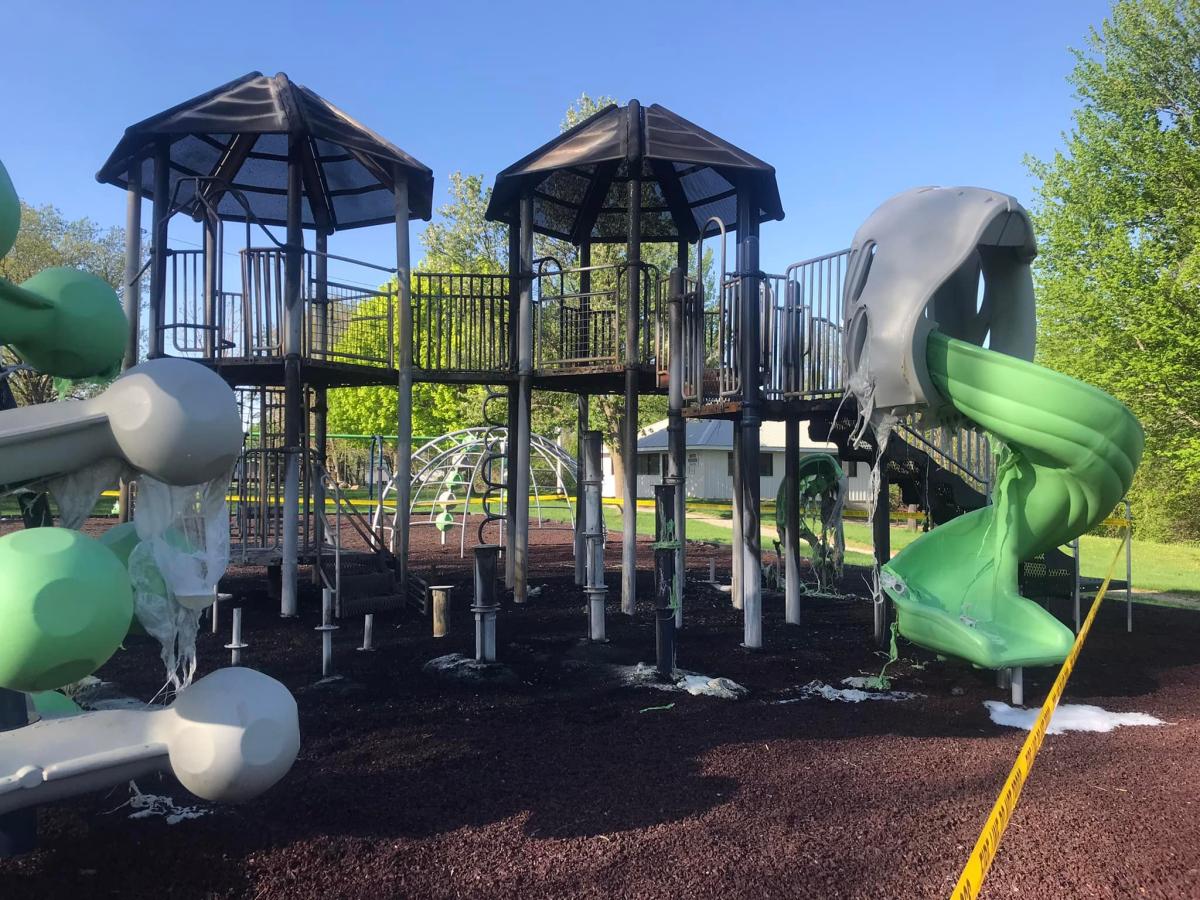 Also reported was a trampoline that was on fire on a vacant lot south of the swimming pool area which was a total loss as well.

The investigation of the fire lead Vinton Police Officers to the identification of two Vinton male juveniles. The fire is still under investigation and charges are pending. The names of the two juveniles are being withheld.

Vinton Police Department was assisted by the Vinton Fire Department, and the Benton County Sheriff's Office.

If you planned to take the kids to Riverside Park to play today, your plans were changed because as my two-year-old granddaughter said, "mean people burned it so that I can't play."

A fire was started at the park around 3:00 a.m. on Saturday morning (May 14). Fire destroyed the three-year-old playground equipment and burned the rubber padding below. In 2017 an article from Parks and Rec said that the structure would cost $125,000 to be built.

The water fountain was also beaten and a fire was started in the women's restroom.

A pickup owned by the Vinton Parks and Rec department parked at the storage shed nearby was also destroyed by fire and spray painting damage was done to the Parks and Rec building.

As Matt Boggess stood observing the damage, he was already making plans for the area. That's what this guy does. There isn't any grass growing under his feet when it comes to taking care of Vinton.

In response to the fire at Riverside, Boggess made the decision to open the Splash Pad at Kiwanis park two weeks early, opening at noon on Saturday.

If you have any video footage from the area or tips that could lead to the arrest of those that destroyed the property, contact the Vinton Police Department through the non-emergency number at 319-472-2337.

A special thank you to our Vinton Fire Department and Police Department who responded in the early morning hours.