News : ONE ROOM SCHOOLS, A LOVED PART OF LOCAL HISTORY 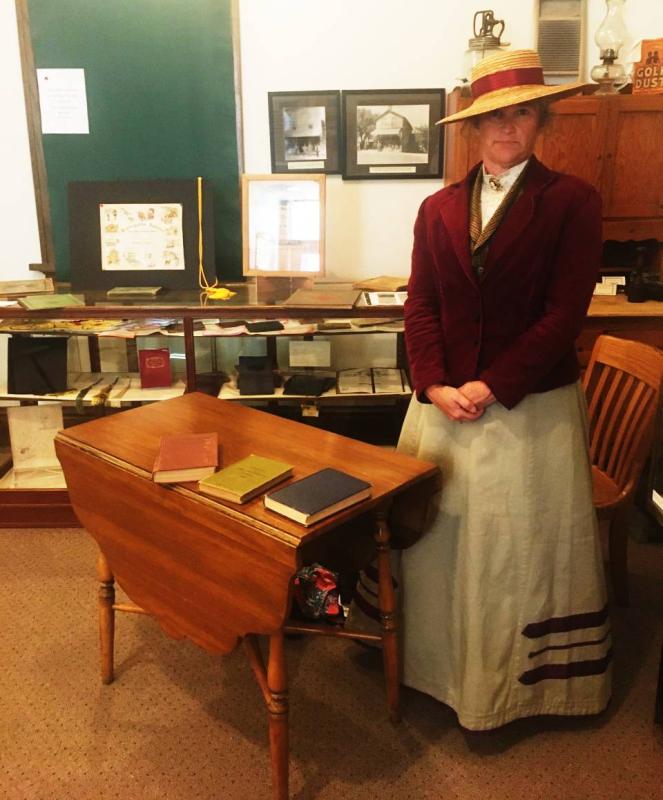 Ann Cejka, talked to 20 guests at the Center Point Depot Museum July 31, about one-room schools in the hearts and happenings of our rural communities in the not-too-distant past.

"We Iowans love our one-room schools," she said. "We even put a picture of one on our State Quarter."

Ann is the Program Coordinator at Ushers Ferry Historic Village in Cedar Rapids. She presented the Center Point Historical Society program costumed as an old-time schoolmarm.

Ann took the history of one-room schools way back to the basics of Thomas Jefferson having the imagination to acquire the U.S. Midwest and to have it surveyed into townships.

"Jefferson was the Elon Musk of his era. He was a genius on so many levels," Ann said.

She said independent one-room school districts were the smallest, most immediate unit of government in people's lives at the turn of the 20th Century. In addition to teaching children, they were often the polling place, enlistment center and meeting place for community organizations. One Linn County school was called Grange, after the famous farm organization. The Stoney Point school near Cedar Rapids was the rallying center for local vigilantes against a ring of horse thieves.

Consolidation of the country schools into the town schools was forced by state funding legislation in the 1950s, Ann explained. Many of the old one-room buildings were sold and moved for use as houses or farm buildings. Ann has found about 40 of them still exist in the County.