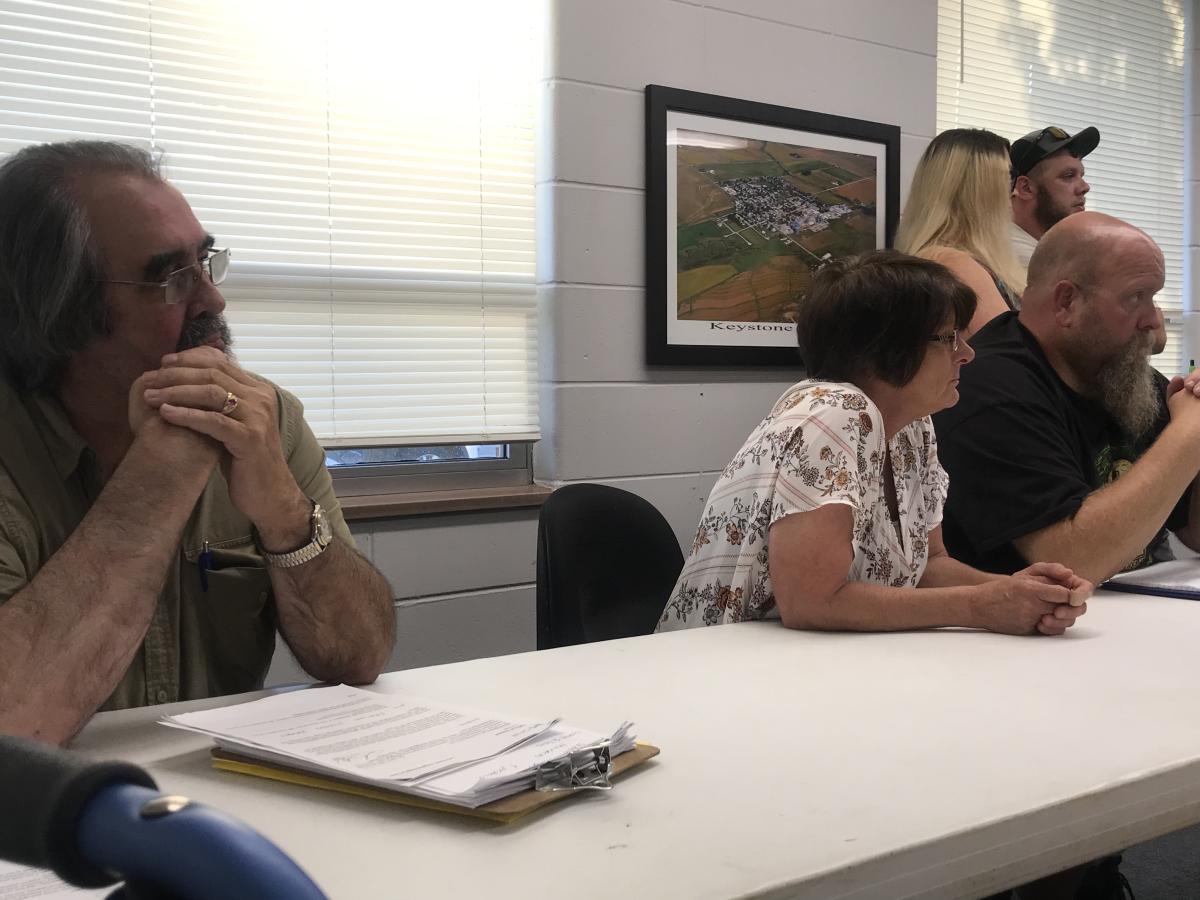 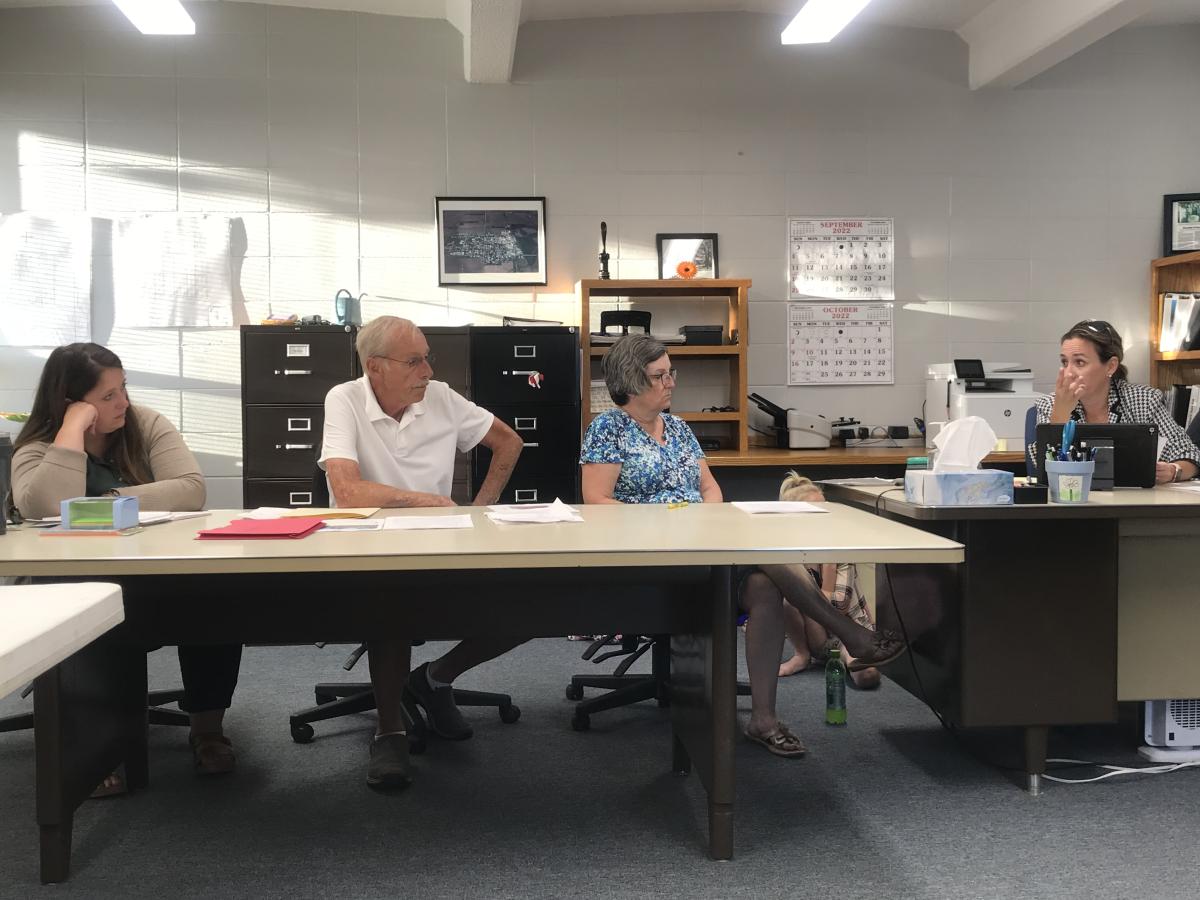 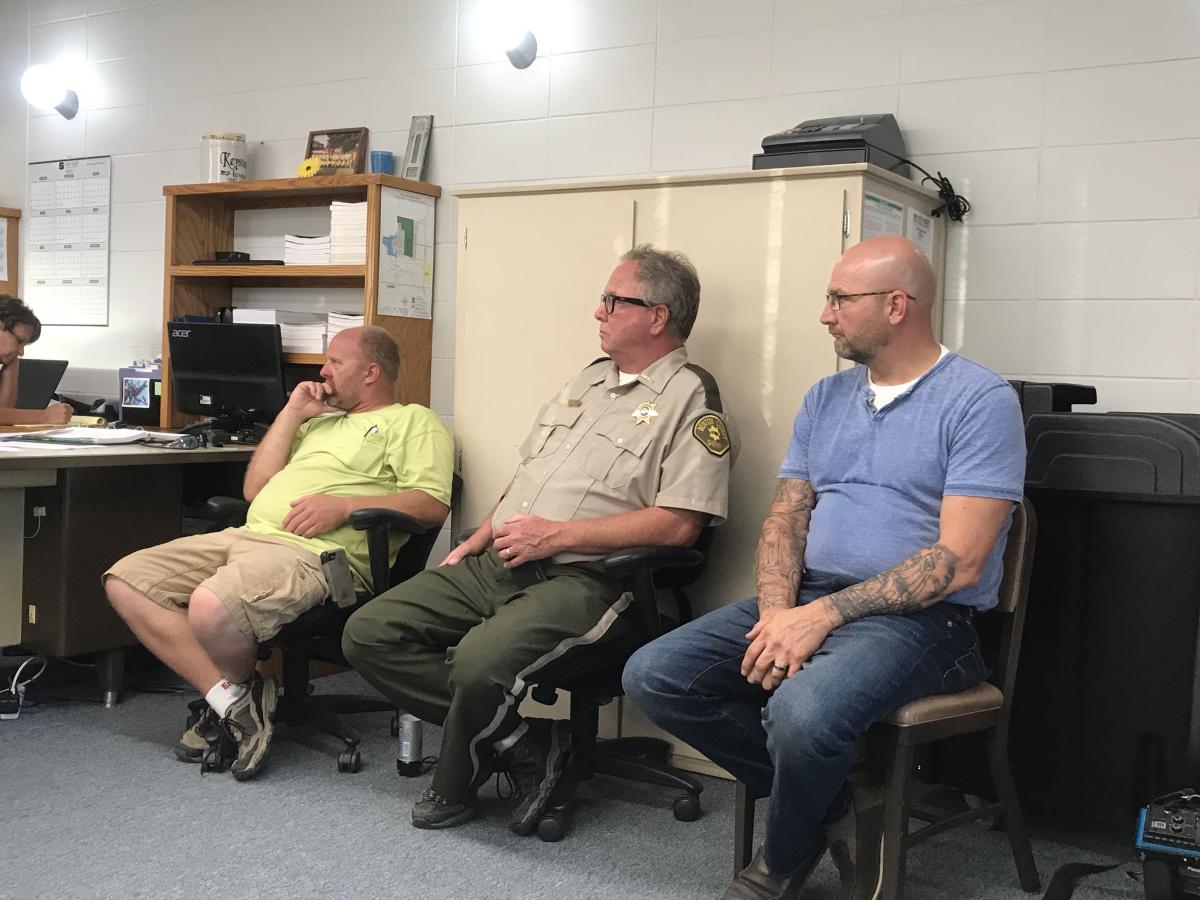 The Keystone City Council met in a special session to answer the appeal of several dog owners in town. The meeting announced for 6:00 p.m. began at 5:54 p.m. without the owners in the room. The owners were outside talking with their lawyer. Upon being notified they promptly joined the meeting already in session.

Two of the owners cited do not believe that their dogs are pit bulls and will be required to make an appointment with a veterinarian to verify their breeds. They have two weeks to have their dog's breed identified by a vet They will report to their lawyer who will contact the city attorney. If it is determined that the dogs are not indeed pit bulls, they will not need to remove the dogs.

Three words. Emotional. Support. Animal. The law requires that accommodations be made for service or ESA animals. Because of ADA laws, the city cannot remove the animals from the owners who fall into this category.

As part of the accommodations for the ESAs ownership. the Keystone families will have to erect a six-foot fence that is secured into the ground, keep a leash on and muzzle their animals if they are in public, and show proof of homeowners insurance to the city.

The council and mayor were not happy that this was the case for these owners and that the hands of the city were tied when it came to getting rid of the animals. As a result, things became contentious between the council and owners. It appeared as though officials didn't understand that federal law trumps local ordinances.

After encouragement from the city's attorney and a single member of the council, a 3-2 vote in favor of the accommodations for the animals passed. The mayor appeared upset that this was the first time he could remember a split vote.

These owners will have one month to meet this requirement.

In another matter, none of the animals were registered with the city. The city has this requirement but has failed to notify its residents more than once a year. The City Clerk said that residents are notified, every October about the requirement.

Following the unfavorable decision made by the council, the mayor and council insisted that late fees be added to the registration of all the dog owners. Three of the four had no idea that it was a requirement as the city's website is not available for residents to view the ordinances nor does it appear that they have any other forms of communication available to residents.

Issues of communication between the city and residents was evident throughout the meeting. More than once, owners reported that they had dropped off paperwork concerning the dogs, but it could not be located or they didn't hear back from the city. Fortunately, papers that were relevant to the meeting were retrieved electronically by the residents.

Mike Golden September 21, 2022, 3:20 pm I thought this was well done and I chuckled through the entire article. Great job. Going to love to see the outcome of all the issues.

Jessica Nguyen September 22, 2022, 12:03 am Emotional support animals. Give me a break! These game breeds are murder mutts. They don’t belong in our communities. This is just another accident waiting to happen. I hope the city gets sued when these maulers attack in our neighborhoods. Just search up pitbull attacks on children. Look at their faces and bodies! No one will ever change my mind about them. I’ve seen what they are capable of.
James Sutherland September 22, 2022, 11:45 am Federal law does not recognize emotional support animals. Why is Vinton Today blatantly lying?

Editor's note: Perhaps a visit with the Keystone City Attorney would better explain the laws requiring the accommodation of these animals. The lawyer cited several laws which apply to these cases. Here is a link about ESA animals. https://esadoctors.com/esa-laws/

Christine Gray September 23, 2022, 3:32 pm ESA animals have about as much rights in this argument as your Gay cousins Gerbil.
Remove these dogs and remove the owners if needed.
We the people had enough of this vile breed in our communities.
There is a reason they’re banned in so many places.
Lets just get on with it .
Anthony Bopp September 23, 2022, 5:40 pm Personally I think we should just ban all animals. If you search on damage to children from animals you'll find tons of horrifying examples from bears, house cats, raccoons, German Shephards, wildcats, collies, sharks, ticks and fleas and about anything else that roams the earth. Just put them all away.

But not the guns for God's sake. Don't do anything to restrict the number one killer of children in this country.
advertiser content