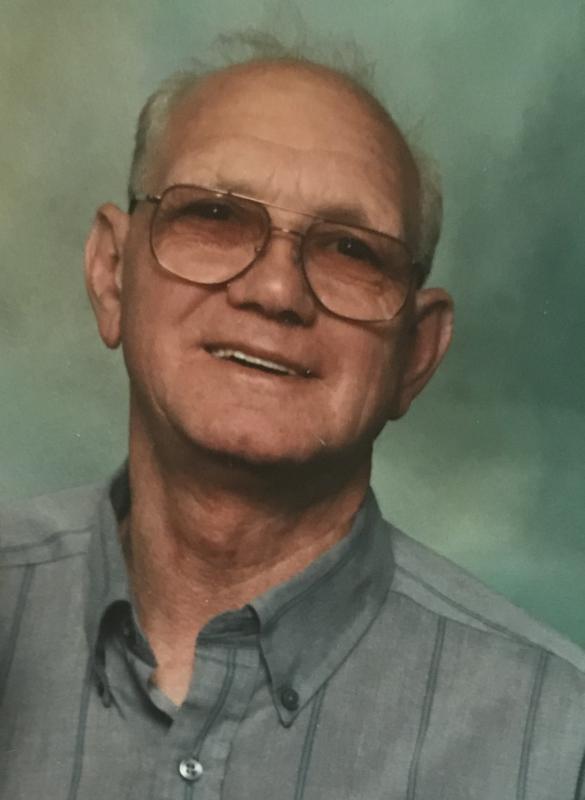 Vinton--Norval Richard Staton, 88, died peacefully at home with his family by his side on Sunday, July 18, 2021 following a short illness.

Norval was born on May 18, 1933, on a farm near Walker, Iowa to Melvin and Lillian Marie (Husted) Staton. He attended country school and Troy Mills school. In 1961 he met Helen McNeal and they married on March 27, 1965, at the Assembly of God Church in Vinton. Norval was heartbroken when she preceded him in death after 50 years of marriage, on April 10, 2015. Together they had one son Darrell.

Norval dropped out of school to take care of his family which included his 16 siblings some of whom were later adopted. At age 16, he installed an in-ground swimming hole on the farm he said, "because he wanted a place for the kids to swim." Following the use of a single stick of dynamite, the family had their own swimming hole. The family and neighbors were not impressed, but it has been enjoyed by many since.

Norval worked on the Staton farm for many years. Later he worked for a time at the Vinton chicken plant. He then helped to build Interstate 80 in Iowa from Brooklyn to Newton. He also worked at Iowa Manufacturing for 27 years retiring in December 1991. Norval was never idle. In "retirement" he started "Hauling and Tree Work by Norval Staton." For many years he was known as the tree guy and yard care person in and around Vinton. He retired taking down his last tree at age 80 years old in 2013. He continued to do yard work until last year.

He was most proud of driving the church bus for 36 years for the Vinton Assembly of God Church. This job included visiting all of his kids each Saturday. This was one of his most important callings. He was also an usher for the church during the same time. Norval was later a member of the Blessed Hope Church and also attended Prairie Creek Church and Garage Church in Vinton. Norval was an avid sports fan. He loved his Chicago Cubs and Bears, Iowa Hawkeyes and could be seen cheering on the North Linn and Vinton Shellsburg High school teams.

He will also be missed by his cat Missy, who didn't leave his side during his illness, his grand-furbabies Sage, Graybelle, and Ginger.

The family wishes to thank Dr. Elgin of Virginia Gay Hospital, and the nursing staff of Hospice of Mercy, and Alan Coyle R.N. for his support and expertise kindly shared with the family during this time of loss.

In lieu of flowers, a memorial fund has been established.

Van Steenhuyse-Teahen Funeral Home, Vinton, is caring for Norval and his family. Condolences may be left at www.vsrfh.com.

Pastor Jim Blair July 20, 2021, 4:27 pm Darrell and family, Our sincere condolences in the loss of your dad,
Jim & Deb McClenning July 20, 2021, 6:46 pm We are so sorry and will be praying for all of Norval's loved ones. Olivia will be very sad when we tell her. Olivia was very fond of Norval and Helen.