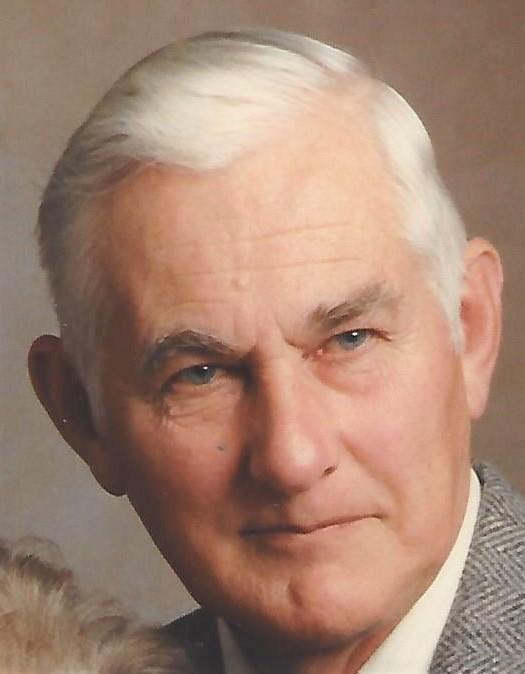 A private family service will be held Saturday, October 16, 2021, followed by burial in Riverside Cemetery, Rockford, IA. In accordance with Charles' wishes, "a big banquet" for family and friends will be held at Rockford at a later date. A notice will appear in the local paper.

Charles was born February 19, 1924 at Rockford, IA, the son of Lewis A. and Rose Kiefer McElroy. Charles was a graduate of Rockford High School. On December 29, 1947, Charles was united in marriage to Mildred B. Meader at the Rockford Methodist Church.

Charles proudly served in the United States Army during WWII in the NY Hospital Train Unit, stationed at Camp Kilmer, NJ. Charles was a Sgt., escorting wounded military personnel across the country by train.

Charles was engaged in farming until 1956 when he joined the USPS. He was a rural mail carrier until his retirement in 1988.

Charles was a DIY practitioner and an avid outdoorsman. Hunting and fishing were his delights. He enjoyed reading outdoor magazines and dreaming about his next fishing trip until the very end.

Charles was preceded in death by his parents; his wife, Mildred; brothers: Robert and William; and sisters: Bernice, Bernadine and Mary.

Memorials may be directed to the Rockford Fossil and Prairie Park Reserve, 1227- 215th Street, P. O. Box 495, Rockford, IA, 50468. The Park is located on Lime Creek where Charles fished his entire life.

Van Steenhuyse-Teahen Funeral Home of Vinton is caring for Charles and his family. Condolences may be left at www.vsrfh.com.

Barbara Ender-Wright October 14, 2021, 3:37 pm I was so honored to know him. We had great walks and talks. I will miss him but glad he is out of pain and at peace. Let me know if you need anything.
Annette Merchant October 18, 2021, 11:11 pm I had the pleasure of many visits with Charlie. He was one of those people once you met him you knew you would always remember him because he was such a kind man. There were many stories about fishing and his wife. When he spoke of her you could just feel how much he loved her. What a wonderful man. I am sorry for your loss.