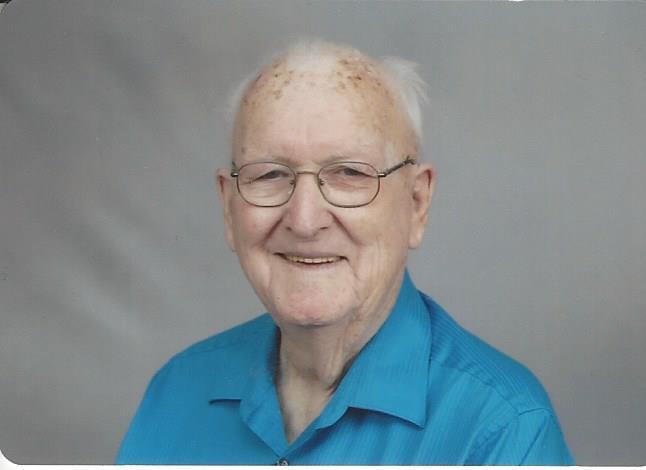 Bill Cummings, 89, went to be with his Lord and Savior and beloved wife, Faye, on December 7, 2021. Bill was born April 22, 1932, in Cedar Rapids, Iowa to Roger Allen and Ethel Mae (Seely) Cummings. At an early age he moved with his family to Vinton. He was a 1950 graduate of Lincoln High School in Vinton.

On June 3, 1951, Bill was united in marriage to his high school sweetheart, Faye Baldwin, at the Assembly of God Church in Vinton. Their 67 year marriage was blessed with three sons: Craig, Doug and Jeff.

After a short stint as a carpenter for Ralph Noeller Carpentry, Bill began a lifelong career as an over the road truck driver for various companies: Clay Equipment, International Transport, 3M and most recently for Associated Materials (aka Alside) in Cedar Rapids, retiring in 2015. He always had a trucking tale to tell the guys over coffee during mornings spent at Fast Stop and John's QS.

For 60 years, Bill was a very active member of the Assembly of God Church in Vinton. In recent years, Bill became a member of Oak Grove Church, Shellsburg, continuing his service to his Lord & Savior. He also enjoyed the time spent for Sunday meals at Senior Dining with Faye, family and friends over the years.

Bill will always be remembered as a loving son, brother, husband, father, grandfather, uncle, cousin as well as friend. He was a man of faith and with Faye as his partner, they touched many lives with their friendship, kindness and generous giving spirit. He will be missed and will be in our hearts forever.

Van Steenhuyse-Teahen Funeral Home of Vinton is caring for Bill and his family. Condolences may be left at www.teahenfuneralhome.com.

doug uthoff January 1, 2022, 11:31 am Bill will be missed by many people Bill always spoke to you whether he knew you or not. I was his neighbor for many years When we were both taking therapy up at the hospital, we would always have a good visit. Rest in peace old friend
advertiser content