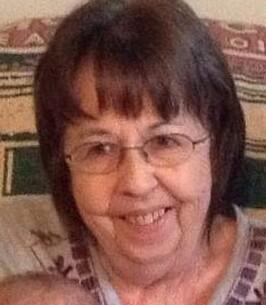 Zelda was born July 7, 1944, in Waterloo, Iowa, the daughter of George J. and Iris I. (Kress) Scott. Her family moved throughout eastern Iowa but always called Quasqueton home. She graduated from Washington High School in Cedar Rapids, Iowa, in 1962. She married Harold E. Powers on Aug. 11, 1962. They made their home in Cedar Rapids, Iowa. In 1986, they moved back to Quasqueton to be closer to family. Zelda worked for over 12 years at Walmart in Independence and enjoyed helping the customers and her coworkers. She also was an active member of the American Legion Auxiliary and the Quasqueton Historical Society.

Zelda enjoyed spending time with her grandchildren and great-grandchildren outside. A lot of their memories were made on the banks of the Wapsipinicon River, where they spent hours fishing and hunting for clams.

Zelda was preceded in death by her parents, George and Iris Scott; a son, Steven Powers; a sister, Ines Rinard; and two brothers, Eldon and Thomas Scott.

To leave an online condolence, please go to www.reifffamilycenter.com under obituaries.