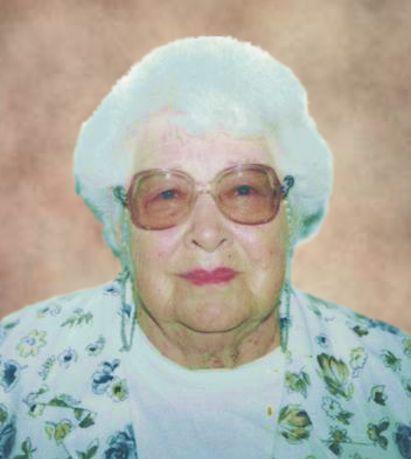 Esther was born on May 18, 1923 in Luzerne, Iowa, the daughter of Frank and Dora (Zieser) Smith. She was united in marriage to Glenn "Sid" Little on April 7, 1942 at St. Patrick's Church in Cedar Rapids.

Esther worked as a homemaker, and was the co-owner and worked alongside her husband for nearly 40 years at Sid's DX in Brandon, Iowa. She enjoyed camping, and other activities with her children and grandchildren, as well as cooking, sewing, and crocheting.

She was proceeded in death by her parents, Frank and Dora (Zieser) Smith, her husband Glenn "Sid" Little in 2008; her children; Glenn "Bill" Little, and Sandi Gray; her sister, Janice Sanders, son-in-law, Ronald Gray, and daughter-in-law Carol Little.

The family would like to express their gratitude and appreciation to the nurses and staff at the Iowa Veterans Home in Marshalltown.

In lieu of flowers a memorial fund has been established.