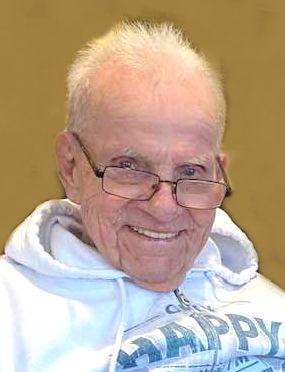 Funeral services will be held Wednesday, June 22, 2022 at 11:00 am at St. John Lutheran Church in Newhall with Rev. Steven Rempfer officiating. Interment will be at St. John Cemetery near Newhall, IA. Visitation will be held from 10:00 AM until service time Wednesday at the church. In Lieu of flowers, memorials may be directed to St. John Lutheran Church, The Cedar Valley Marine Corps League, or St. Jude's Children's Hospital.

Daryl was born March 22, 1932 in rural Walker, the son of Harold and Minnie (Knudson) Daker. As a young man, he was known as "Dimples Daker". On October 29, 1967, he was united in marriage to Francine Hertle at Redeemer Lutheran Church in Springfield, MO. Francine preceded Daryl in death on June 22, 2016.

Daryl was very proud to serve his country as a marine from 1950 through 1954, serving in the Korean War. He was very proud of his 3 grandchildren, who were adopted from Korea.

Daryl was a member of St. John Lutheran Church and the Cedar Valley Marine Corps League. His passion was fishing, mainly in Missouri.

In addition to his parents and wife Francine, Daryl was preceded in death by his brother, Marlin (Margaret) Daker; and his brothers-in-law Richard Hertle, and Dennis Hertle.