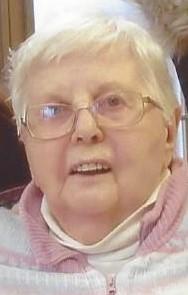 She was preceded in death by her husband Ted "Kizzy" Rouse; two brothers: Robert and Raymond Berry; and daughter, Marilyn Rouse.

Dorothy was born at Cedar Falls January 15, 1926, the daughter of Harrold and Gladis (Lalan) Berry. She was a graduate of Lincoln High School, Vinton. On August 22, 1943 Dorothy was united in marriage to Ted "Kizzy" Rouse. "Kizzy" preceded her in death in 1981. Dorothy was fortunate to have the best lifetime career ever-being a wife, mom and grandma.

Dorothy loved spending time reading, completing crossword puzzles and spending time with her family. She was also very proud to be one of Jehovah's Witnesses and cherished the many friendships she made there.

Online condolences may be left at www.teahenfuneralhome.com.

Rosemary Boisen September 16, 2022, 12:55 pm Don, Shirley and your families. So sorry for your loss. Mom's are always hard to say goodbye to
May she rest in peace.

Pat Holliday September 16, 2022, 7:12 pm Such a long and wonderful life. My sympathy to all of Dorothy's family
Tom Van Eschen September 21, 2022, 6:32 am Sorry to hear about your mother RD
advertiser content