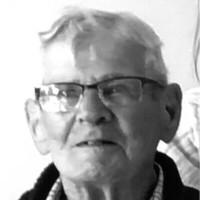 David was preceded in death by his parents and brother, Meredith Ward.

David was born on July 29, 1931 the son of Roscoe and Delight Yarcho Ward in Cedar Falls. He graduated from Rhodes High School in 1950 and attended trade school in Chicago. David served in the Army from 1952 to 1954 during the Korean War. He worked for Chicago Northwestern Railway and Union Pacific as a machinist for 31 years, retiring in 1993.

David was a member of the VFW Post # 788, St. Mark's United Methodist Church and the Machinist Union. He was a private man but loved traveling with his wife, go camping in his younger years, and spending time with his family and grandkids.

Instead of flowers, memorials may be directed to the VFW.