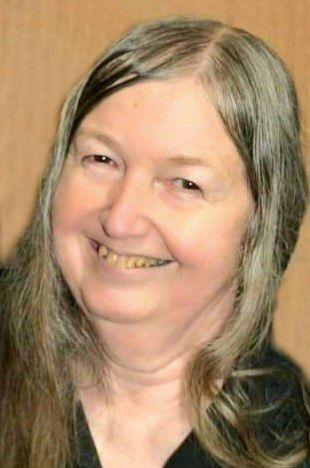 Cynthia Louise (Benson) Blackburn was born on September 5, 1955, in Waukon, Iowa. She was the first of 6 children born to William and Lois (Hertrampf) Benson. The family moved to Vinton in the early 60's where Cindy grew up, attended school, and graduated in 1974. She traveled to Minnesota to further her education as a Veterinarian's Assistant, a trade she loved and worked in for years after returning to Vinton. She moved into the food service industry some years later and worked in the industry for the remainder of her working life.

Funeral services will be held at 2:00 PM, Saturday, November 19, 2022 at the Phillips Funeral Home Chapel (212 E. 6th Street) in Vinton with Rev. Phil Borleske officiating. Interment will be held at Maplewood Cemetery in Vinton. Visitation will be held from 1:00 PM until service time at the funeral home.

Vinton is where Cindy met her future husband, Charlie (Charles Leroy) Blackburn. The couple were married on May 24, 1980. They welcomed their son Blane on October 20, 1987. After working a few years in Cedar Rapids, Cindy secured a position closer to home at the North Benton Center (Vinton) location of the Hawkeye Area Community Action Program (HACAP), a diverse, community-focused nonprofit which provides service in nine counties of Iowa. Cindy worked as the Kitchen Supervisor until her retirement in October 2020. She sold her Vinton home and moved to Marion, Iowa to live and spend time with her son Blane. After retirement, Cindy was diagnosed with both Lymphoma and Uterine cancer, which she battled bravely for the remainder of her life.

Cindy is survived by her brothers Jason of Tipton and Eric of Cedar Rapids, sister Lacey (Dan) Mason of Kellogg, Iowa, and adopted sister Jodi (Kevin) Baker of Eaton Rapids, MI, as well as her nieces Samantha Benson and Heather Lambert, and nephew Jon Benson, great nieces and nephews, maternal aunts, and numerous cousins. She was preceded in death by her parents Lois and Bill, husband Charlie, brother Blake, sister Sally Benson-Hackett, and sister-in-law Vicky.

"A life that touches others goes on forever."