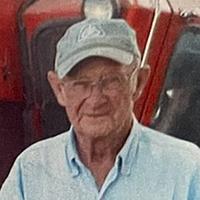 Terry was born March 8, 1939 in Marengo, IA the son of Cecil and Maxine (Welton) Shedenhelm. He attended country school at Kona-Kona near Marengo. His family moved north of Belle Plaine where he attended country school in Irving, and graduated from Belle Plaine High School the class of 1957. Following High school Terry moved to Minnesota where he attended engineering school for a year, before moving back home to be closer to Ruth Ann Sherwood. They were married November 15, 1959 at the Brooklyn Methodist Church. Together they made their home near Belle Plaine. Terry worked the family farm and was a tv repairman for S&W Appliance.

Terry was active in the FFA and a member of the Farm Bureau.

He was preceded in death by his parents; wife, Ruth Ann Shedenhelm; son-in-law, Kurt Hinschberger.

Visitation is 9:30-11 a.m. Sat, Nov. 26th at the church. Memorials may be made to the family. Online condolences can be sent to the family at www.neuhausfuneralservice.com.

Next Obituaries Article
Celebration of life for Janet & Diane Wheeler