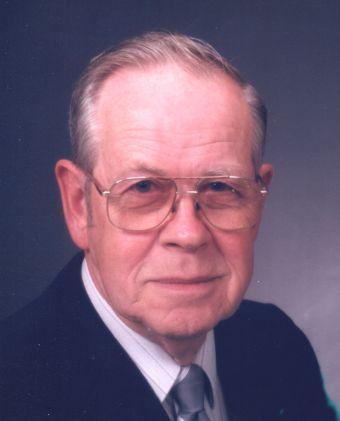 Private family memorial services will be held at Church of Grace in Shellsburg.

Richard was born on September 5, 1932, in Eldon, IA, the son of Edgar and Bertha (Doud) Parke. He graduated from Farmington High School with the class of 1950. Richard was united in marriage to Peggy McDaniel, on December 22, 1951, in Ft. Madison, IA.

Richard worked at several places throughout his life, including Silo Masons, Iowa Manufacturing and Rockwell Goss, where he retired as a foreman after 30 years of service. Richard enjoyed tinkering in his garage, especially working on clocks and old cars. He enjoyed traveling, especially trips with his grandchildren.

In addition to his parents, Richard was preceded in death by his brother Roger Parke; and three sisters, Sandra Forde, Betty Biddenstadt, and Pat Wagner.

The family wishes to thank Living Center West and their staff for all of their help and care of Richard these past 2 years. Also, the doctors and nurses at Unity Healthcare, Hospice, and Phillips Funeral Home.