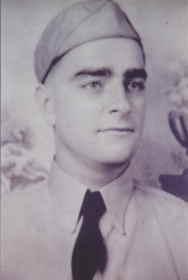 Memorial Day kind of snuck up on me this year. It's the time of year that we SHOULD pause and be thankful for our veterans and service members that didn't return home. Sure, we usually make plans to hang out with our friends and family and just relax on our day off from work, but if we fail to take a moment to say, "Thank you," we've failed.

I had to stop and think about the veterans in my family. When you love genealogy as much as I do, you find so many stories about your relatives that you sometimes forget which one it was that did thus and so. But my veteran relatives, I have them pegged pretty good, their stories are some that I remember clearly. Even if they weren't passed down correctly, or from what I have found the story wasn't quite right.

I think our family was fortunate in that so far, I can only think of one relative that we lost in war. There was Paul, a great uncle that didn't return home from the second world war. He didn't land on a beach somewhere and not make it to safety. According to family lore, he had a weird ending. "An airplane motor killed him, it landed on him."  As a kid, I was always trying to figure out how in the world that happened. I always pictured him on the deck of a ship and a plane flying over and the motor falling off. I have no idea why I pictured a ship unless that was part of the story that I have since forgotten.

When started doing research, I found a short newspaper clipping about his demise. He was mentioned in one sentence that listed his name followed by, "air training accident." Another two-sentence article said that it was he was a student pilot, and in a training plane when it crashed. So unless the motor came loose and crushed him as he flew, I doubt that was how it happened. I can only assume that he wasn't great at flying planes, or there was a mechanical malfunction.

His draft card has two words written across the top of it, "Canceled Deceased" followed by the date of his death. The other thing I notice about him is his signature. His last name was my maiden name, and at first glance it looked like my dad's signature. HIs picture also gives me the feeling that had he lived, he'd have looked a lot like my dad and uncle.

That's all I know about him. There weren't stories about him, like the ones I loved to hear my dad and grandpa and uncle sit around and tell. My grandpa would have been 5 years older and married before his younger brother Paul graduated. I'm sure there were stories of them as kids. But the only story was that he was killed in training, by the infamous airplane motor.

Nothing else is known or can be found about him. All of his siblings are also gone. My aunts and uncles never knew him.

He was born. He went to school. He enlisted, and he died.

This is the guy that I will remember on Memorial Day.

I've had the privilege to know a lot of other veterans in my family. One became a Lt. Colonel. To her poor, dumb civilian relatives, we didn't understand completely what that meant. Until we had the opportunity to travel with her on a military base. She's now gone and I still grieve her as well. Though not in battle, she went through enough of them in her time.

She never had a family of her own, her life was the military.

I'll think of her as well on Memorial Day.

Arlington Cemetery is full of veterans who served and died, for all of us. We remember them all a bit flippantly at times. If we've never served we will never fully understand their sacrifice.

I do have one question about Memorial Day, a day to remember our fallen. Why do we say, "Happy" Memorial Day? There really isn't anything "happy" about it, other than if it weren't for all of our men and women out there protecting our homeland, there wouldn't be an awful lot to be happy about.

To all of our fallen, your sacrifice can never be repaid. To all of the dads and moms who had their hearts broken, and the brothers and sisters, spouses, sons and daughters who have lost someone, we fail to remember your loss enough. We know it. All that we can offer, is to at least pause on this one day a year, bow our heads and remember, and whisper a "thank you."

Next Opinion Article
Thank you, again

Previous Opinion Article
A letter to the Class of 2021