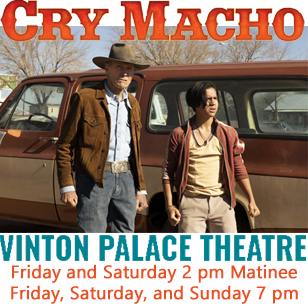 I really don't think that there is anything that I can say now, which hasn't been expressed about the events that took place on September 11, 2001. If you were alive then you remember exactly where you were and what you were doing when the second plane hit the World Trade Center. You might remember the first, but that second was a clear message to everyone in the United States that we were under attack.

September 12, found flags waving, patriotism at its highest, probably since WWII. Flags were sold out, red, white and blue were in again. We loved our country. We could sing, "God Bless America," as loud as we could whenever and wherever we wanted and no one complained.

It was the preferred song at baseball games. No one took a knee and everyone stood in appreciation for our great land.

We said that we'd never forget.

20 years later, we have forgotten. Now we attack our own cities under the guise of rights of some sort or another. Or we riot and loot because we're angry at another of our fellow Americans. Respect has gone out the window.

Our president handed the same type of animals a complete arsenal of weaponry. Then we left Americans to suffer and be killed at the hands of the same monsters that attacked us here. We ran like a dog with our tail between our legs from the same soil that we went in to retaliate on. That's where we are a mere 20 years later.

Will we be attacked again on our soil? I'd bet that we will be. The United States is no longer feared. They've seen our leader. While Trump was known for his mean tweets, the world knew that he meant business when he said, "America first."

The world is watching us. They saw how we respond 20 years later after we were attacked. We have forgotten. We as in, our leaders. I don't feel safer now knowing that the Taliban/Isis/Isis-K aka terrorists have enough equipment to start a war any place that they choose. Sure, we like to think they aren't as sophisticated as our military, and yet, with one swoop they took out more of our citizens than a whole country did in one day.

Do I feel safe now? No. Did we learn anything from 9/11? I did, but apparently, our leadership didn't. Am I angry that we're here again? You bet. I have no respect for those that put us right back to where we were 20 years ago.

I have immense appreciation for every person who has served in our military, and especially those that went to, as Toby Keith sang, "put a boot in your ass" in response to 9/11. I appreciate everyone who supported this effort and supported our men and women who fought for and kept us safe the last 20 years from the Middle East. It's a job most of us have never done, because of that 1 or 2% who fight for all of us.

9/11 is a somber reminder of how America is a trusting country. Naive at times. But a country like no other. One where we believe in life, liberty and the pursuit of happiness, something that isn't found in any other country.

Say what you want about America. But if you say it in disrespect, say it quietly. Especially this week. I know I don't want to see or hear it. 9/11 is a reminder of evil in the hearts of some as well as everything that is good about this land that I love and call home.

Next Opinion Article
Letter to the Editor: Happy to be in Vinton

Kathy Bates Boots September 10, 2021, 2:39 pm There is a commercial on TV that a teacher is saying, "it's so hard to teach the school kids about 9-11, because they weren't even alive then. That makes no sense to me, how does she teach them about the spacewalk, WW1 or WW2. What happened on 9-11-2001 is still going on. The teacher on TV needs to maybe be a better teacher.
Thomas Belknap September 11, 2021, 10:37 am I couldn’t have said it better. The timing of our withdrawal was no coincidence. This 9/11 is a stark reminder of all of the lives lost, the families affected, the fear that could be brought by just a handful in our country. There is no logic for arming these people... unless you want more chaos. In the meantime, our president deflects from this by his fascist new declarations on vaccine mandates. A great distraction to once again pit us against each other. The Great Divider. I pray our country is still free in another 20 years. May the families of those we lost on 9/11 know that we still grieve with them.
Gerald Bates September 13, 2021, 7:17 am Thank you for this opinion. I do not want to say anything else that takes away from the message of this opinion. As a veteran, I thank you for these words. God Bless America!
advertiser content