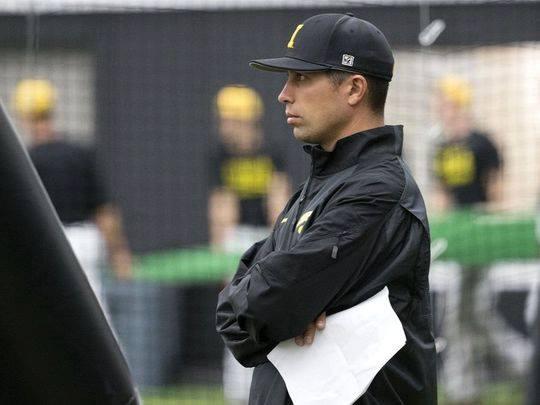 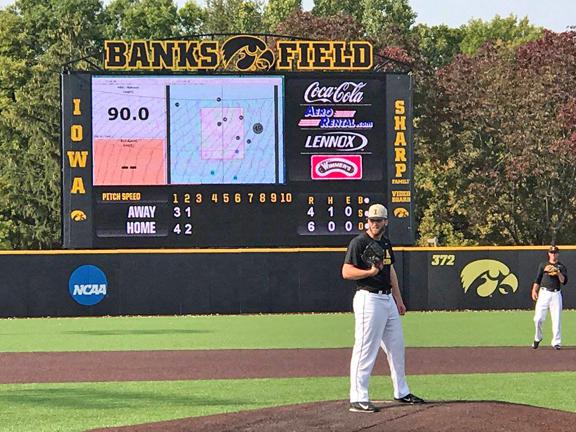 While sportswriters are focusing on the Major League Baseball off-season and which uniforms well-known players like Bryce Harper and Manny Machado will wear next season, most teams are also more quietly filling coaching positions, seeking for better ways to prepare the Major League pitchers of the future to challenge those struggles.


That quest has led several MLB teams to the University of Iowa, where at least six of them contacted Vinton native Desi Druschel, inviting him to join their minor league coaching staffs.


The former Vinton-Shellsburg Viking player and Mount Mercy Mustang head coach have spent the past few seasons at Iowa City, most recently as the Hawkeye pitching coach.


At Iowa, Druschel enjoyed several unique opportunities, including traveling to Taiwan in the summer of 2017, where the Hawkeyes represented the U.S. in the World University Games and won the Silver Medal. During that event, U of I pitcher Cole McDonald tossed a nine-inning no-hitter, the first for the Iowa pitching staff since 1965.
Druschel has become known in coaching circles for his use of analytics he uses a variety of computer programs to assess the successes of pitchers. Analytics also focuses on the physical science of pitching measuring aspects of the game such as the spin of the ball as it leaves the hurler's hand.

In an interview with CBS Sports Druschel explained that his goal with his coaching style and analytics is Trying to beat who should be you, every time.

Now, after hearing from a half-dozen MLB organizations, Druschel has decided to bring his coaching theories and technology to the New York Yankees farm system.

The Yankees have said very little about Druschel or his role, but his new title is Manager of Pitch Development. It's a new position the team has created specifically for Druschel. The Yankees only considered Druschel for this new role and did not discuss the new position with any other candidates.


Druschel and his family have moved to Tampa, where he will work mainly at George M. Steinbrenner Field, the Yankee's spring training facility.

Joining Druschel in making the switch from IC to the Yankees is Iowa hitting coach Joe Migliaccio.


"We all wish Desi and Joe well in their new and exciting positions with the Yankees," said Iowa Coach Heller. "Desi has been an important member of our staff for four years and has made a remarkable impact on our program. His work ethic, knowledge, creativity, and loyalty are appreciated. Joe has only been with us since August, but he also made a huge impact. Both have left our program in a better place. Though the timing isn't ideal, Desi and Joe had offers they couldn't refuse and we wish them the very best. They were great Hawkeyes. The Yankees are lucky to have these two fantastic coaches/people.

For a more detailed Druschel interview about analytics, click HERE