Pladsen working to kick up a Storm at Simpson 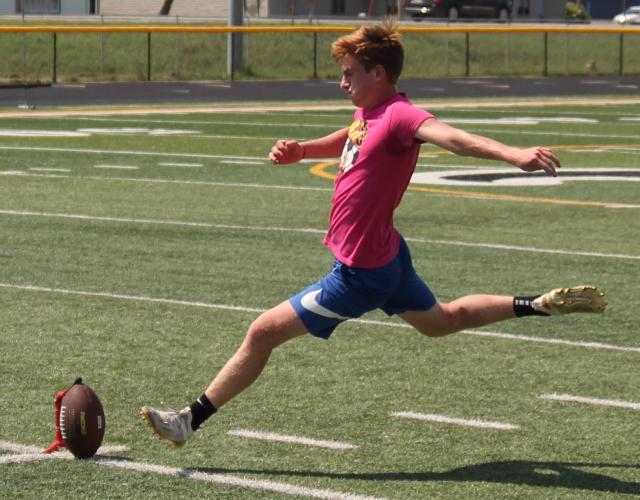 Jesse Pladsen is working hard to make the team at Simpson 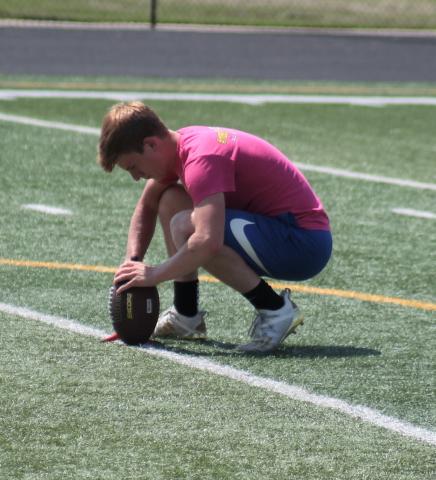 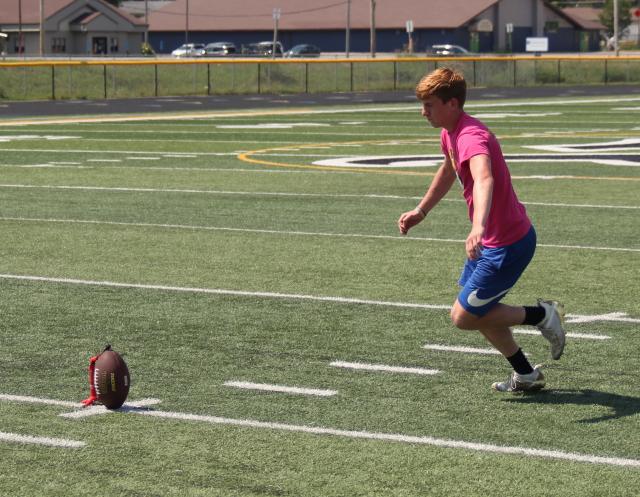 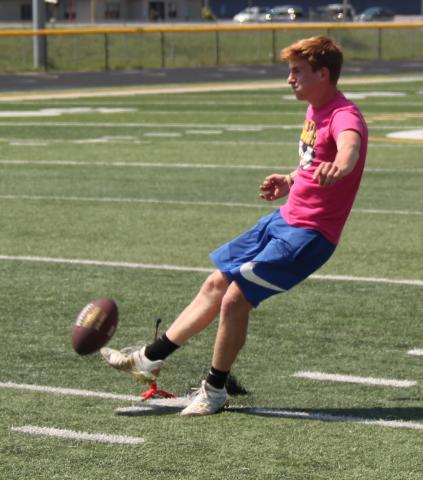 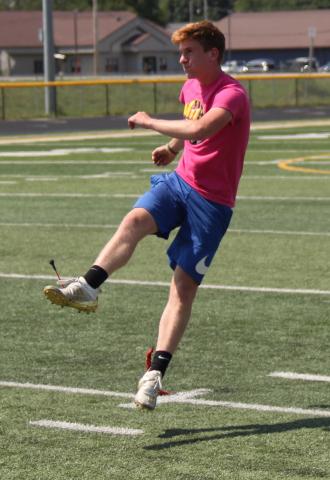 VINTON -- Going back a year, former Vinton-Shellsburg Vikings' placekicker Jesse Pladsen was not thinking about anything beyond the 2020 season. But catching up the present, he has higher sights in mind.

In a few weeks, Pladsen will be on his way to Indianola to compete for a spot at the varsity kicker for the Simpson College football team. It has been an interesting year.

"I never even thought playing sports after high school," Jesse said. "I was just looking at having a good senior season."

But that all changed when Pladsen ended up a perfect six-for-six on field goal attempts and 11 of 14 on extra point tries in eight games his senior year. Jesse made second-team All-State as a kicker and by that point, his ideas about ending his athletic career ended. And the key to that decision came down to what happened on September 28 of last year in Solon.The Vikings fell to the Spartans 28-6 that night, but Pladsen made two field goals, one of them a school record 42-yarder.

"I became a lot more confident after that," Pladsen said. "I was already planning on going to Central (College in Pella) as a student, but after the Solon game, I started reaching out to coaches."

Initially Pladsen talked to the coaching staff at Central, but he also looked a number of other schools, including Simpson.

"I really liked the coaches and it felt like the right fit for me," Jesse said. "And, they had the same program (pre-Physician's Assistant) that Central had so that was important."

It's been a busy summer for Pladsen, who holds down jobs both at Wildcat Bluff golf course in Shellsburg, along with the Kwik Star store in Vinton, as well as his workouts. On top of weight training at Train Station Family Fitness, Pladsen spends several hours a week on the Karr Athletic Complex turf with his tee, his holding device and one football. On this day, he started with some extra points, but then moved to the left hashmark, and began moving back five yards at a time until he reached the 40-yardline. After that he went back to the 10 and started over from the right hashmark.

"I'm way ahead of where I was a year ago," Pladsen said. "I've been pretty consistant from as far back as 45 yards, but not quite 50 yet. And my kickoffs are getting down to the goaline."

While high school kickers usually extra point and field goals off of a two-inch high block, college football requires the ball to be kicked off the turf. But after watching Jesse's workout, it was pretty obvious he's gotten the hang of it.

Normally Jesse has to chase that one ball he has, but on this day he had a couple of shaggers in Viking head coach Jim Womochil and assistant coach Anthony Church. Church, who oversees the Viking special teams, said Jesse's development as been fun to watch, although he won't take the credit.

"I just supervised," he said between chasing a football across the south end of the track. "Jesse did all the hard work."

"I think it's great for our program and we like to see kids reach this level because football does a lot for kids," he said. "Drew is a smart kid who combined football and academics, and it never hurts on that interview to be able to say "college football player" on your resume. I think what Jesse is doing is important because of the benefits it gets him and it makes us proud to represent our program in college."

As for Pladsen, he's both confident as he heads toward the start of fall drills with the Storm.

"I'm optimistic," he said. "I know nothings going to be handed to me, especially as a freshman, so I'm just looking forward to be able to earn a spot at least."

In the meantime, it you're driving past the football field and see a lone figure out there kicking a football, giving him a honk, a wave, or maybe go chase footballs for him.

Next Sports Article
Lapan-Islas selected in All Star Cup