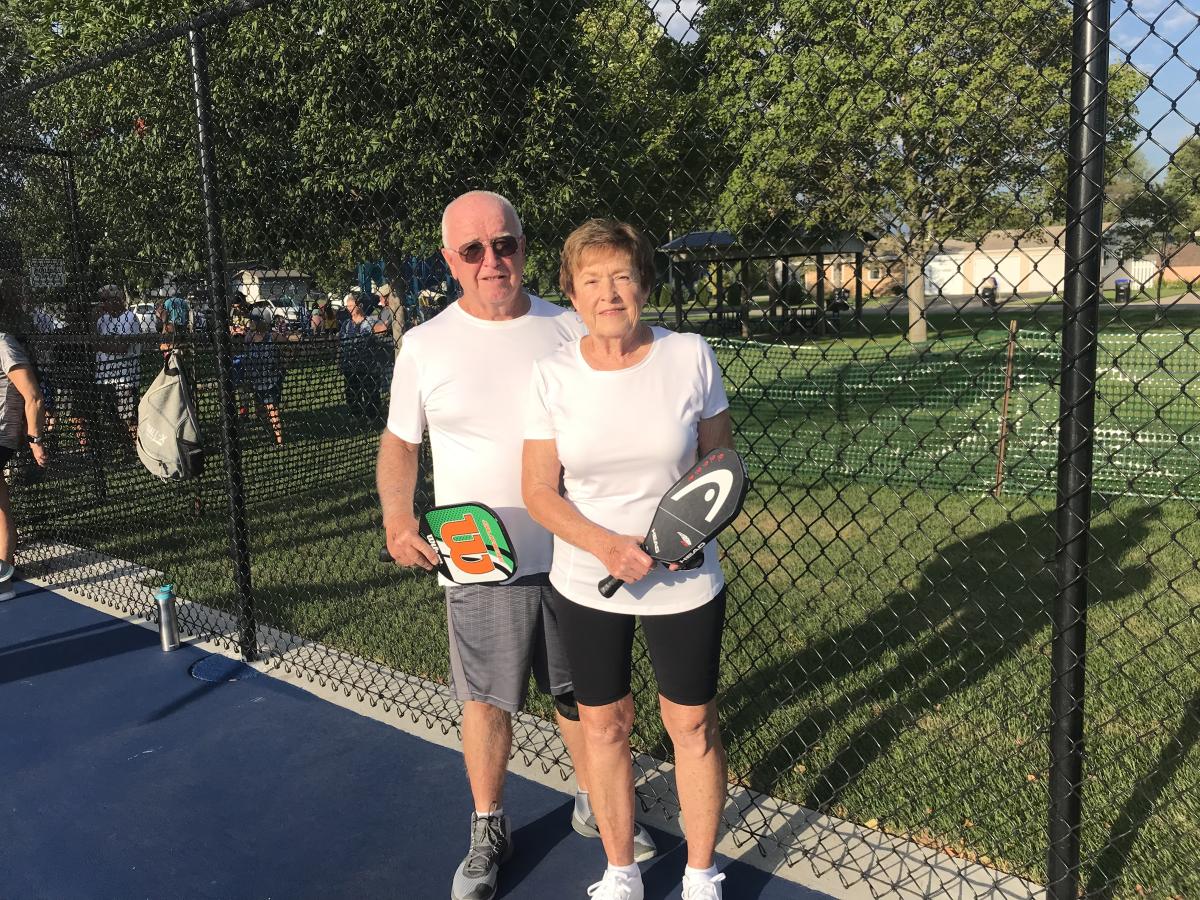 Denny and Ann Williams as they prepare to play on the Pickleball court, Williams Court 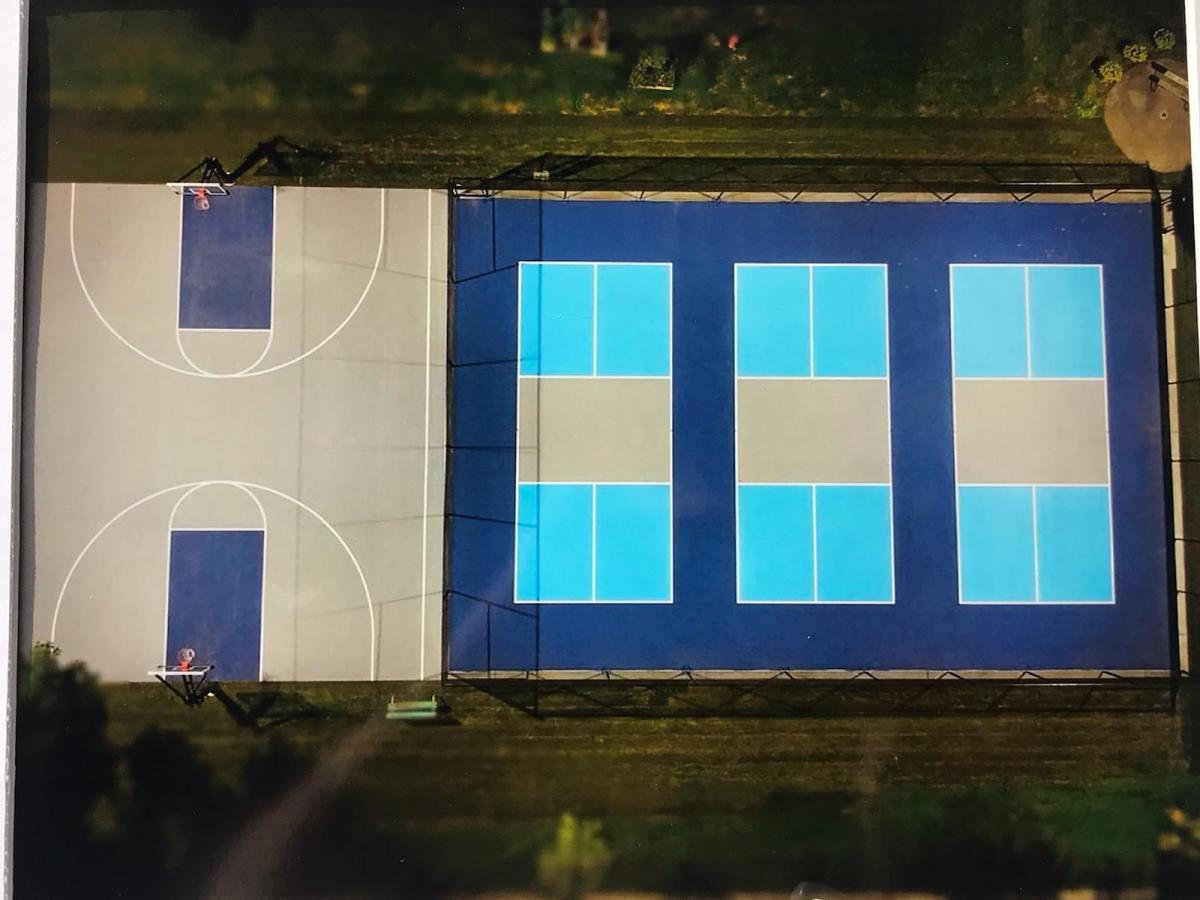 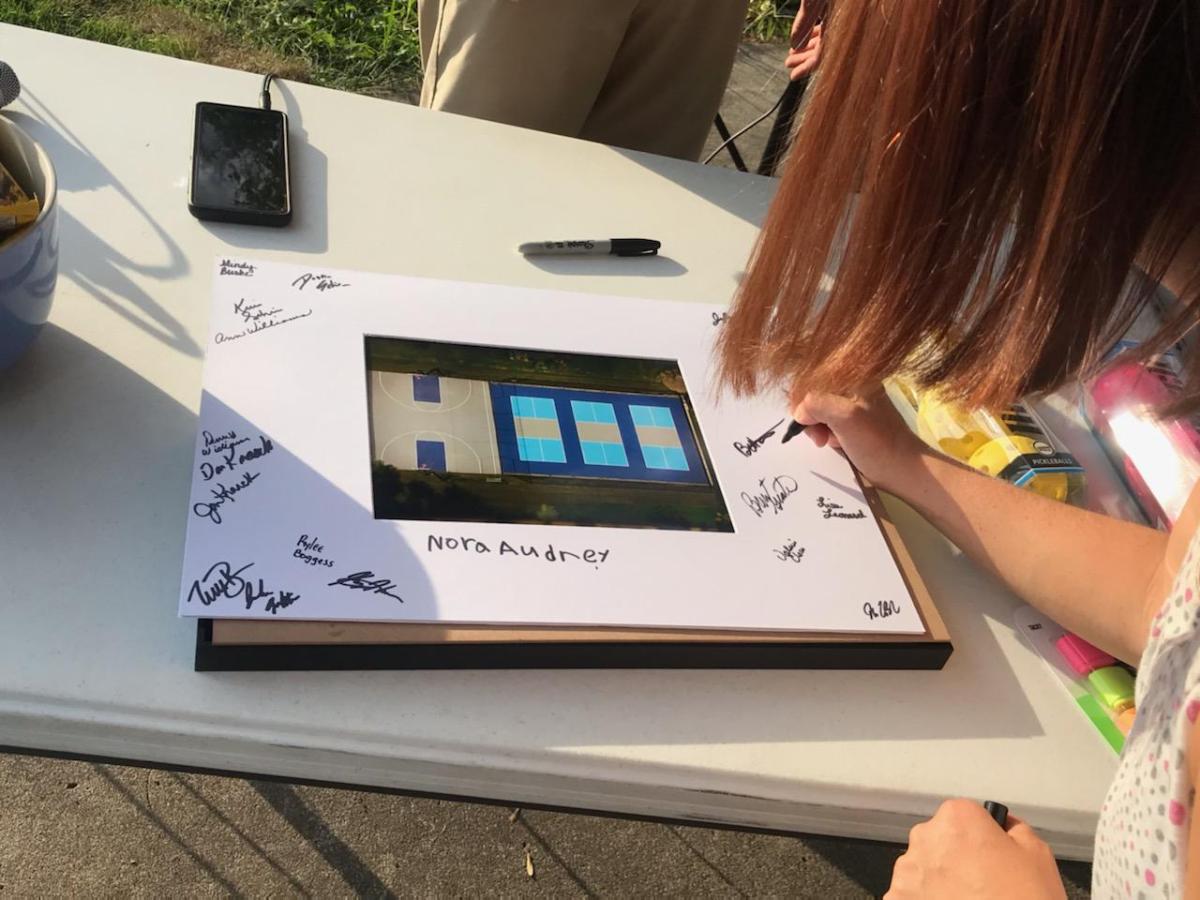 Attendees at the dedication signed a picture of the courts 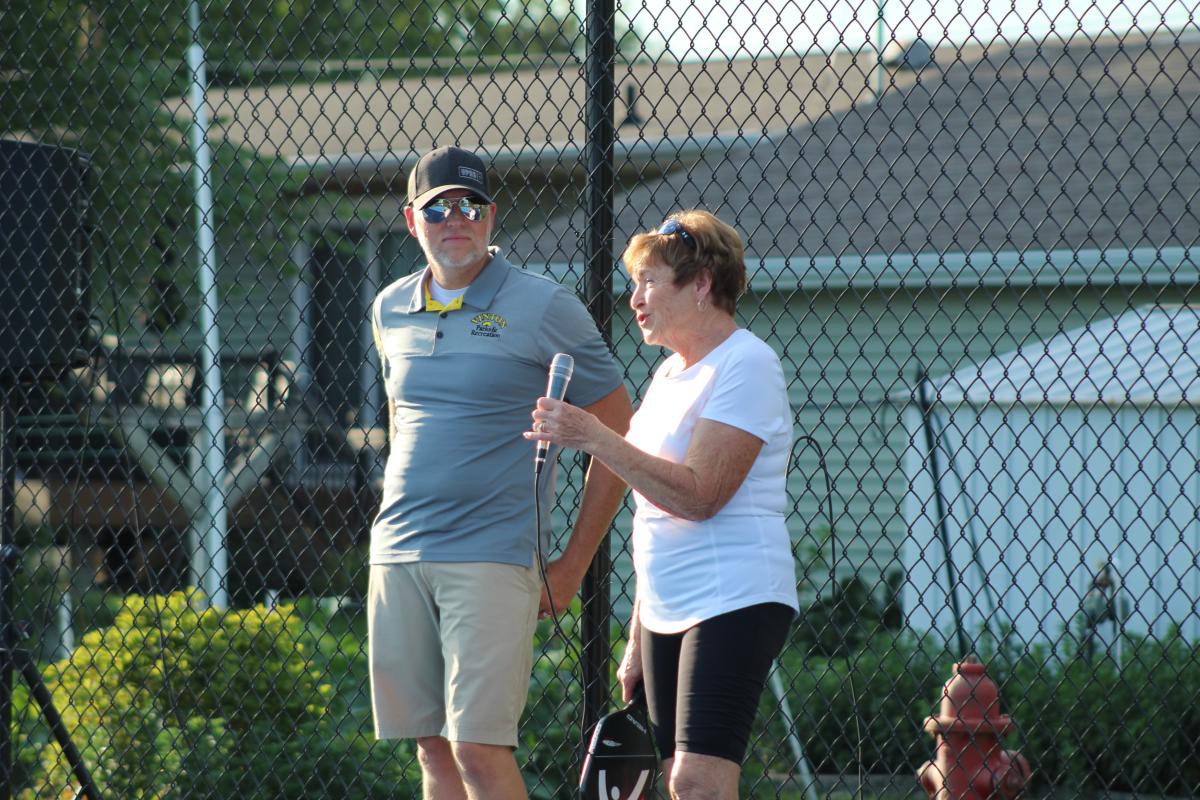 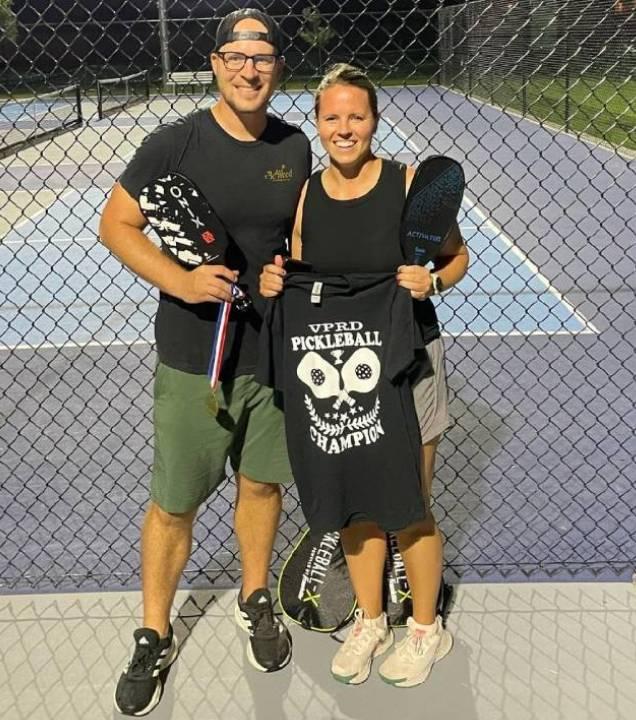 Vinton Parks and Rec Department dedicated the new pickleball courts at the B.L. Anderson Park located across from Tilford Elementary. The new courts are now called the Ann & Denny Williams Courts, in honor of its beneficiaries. Several residents gathered for the official dedication. Matt Boggess of Vinton Parks and Recreation said that the couple has been great supporters of the Pickleball community in Vinton.

Ann said a few words on behalf of the couple saying, "We're just so blessed to live in this community and be able to help with this beautiful court." She explained that her and her husband started playing in their 70s. Grabbing their rackets following the ceremony the two prepared to play a few sets.

The rules are simple. Combining a mix of badminton, ping-pong and tennis it's played with a paddle and a ball with holes in it. The game can be played with doubles or singles. For directions and rules of the game, click here!

The courts are open for play and have already been in use by several area residents. Vinton Parks and Rec already held their Pickle Ball tournament and this year's Pickleball Champs were Payton and Alexa Schirm.