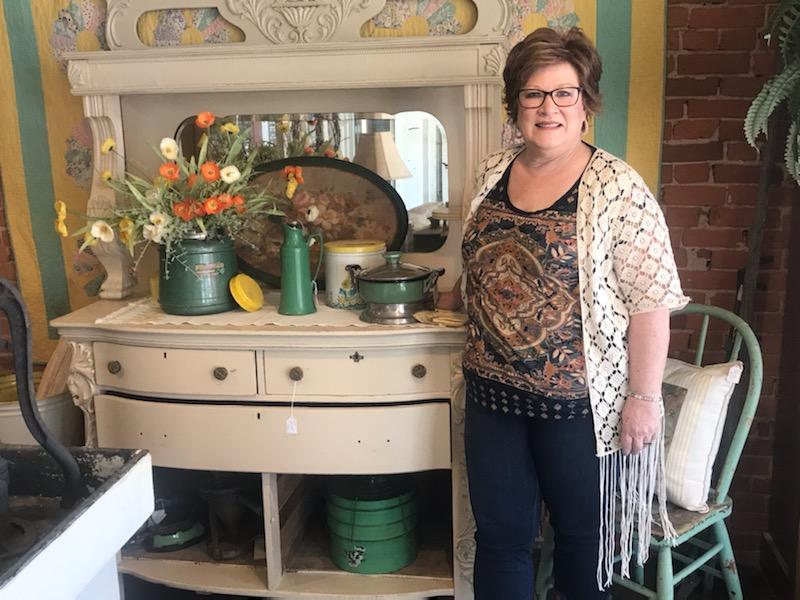 Collen Karrick is now the official owner of the Niche

On July 1, Colleen Karrick will mark her third anniversary managing the Niche. It will also mark her 1st month as the official owner of the business. Karrick found herself unceremoniously in need of a new job following the fire at Clingman Pharmacy a little more than four years ago. While working part-time at LaGrange Pharmacy, she has also been operating The Niche next door. Last month she had an offer that she couldn't resist and she became the owner of The Niche on June 1.

The Niche is known for carrying antiques as well as consigned furniture and florals. Karrick plans to add several other options as well.

There will be a "man cave" section that will feature selections suggested by Karrick's husband John. They plan to choose items created or produced by veterans to support these businesses. Both John and the Karricks' son are veterans, so this idea holds a special place in the family's heart. They plan to have items from Duluth Pac, and Sasquatch Country as well as carrying sauces, food items, stationery and card items and will be trying to pull in more lines into the store. The Niche is on the main floor as well as consignment items in the basement.

When the Karricks were approached to purchase The Niche, Colleen's husband John encouraged her to give it a try. Colleen said John was in it with her and gave her the nudge to chase this dream.

The Niche will work toward being a gift shop in downtown Vinton. Karrick plans to be seen at special events in Vinton downtown as well.

3-D Kitchens is now located on the upper level of the building and is operated by Rob and Janet DeVries who own the building.