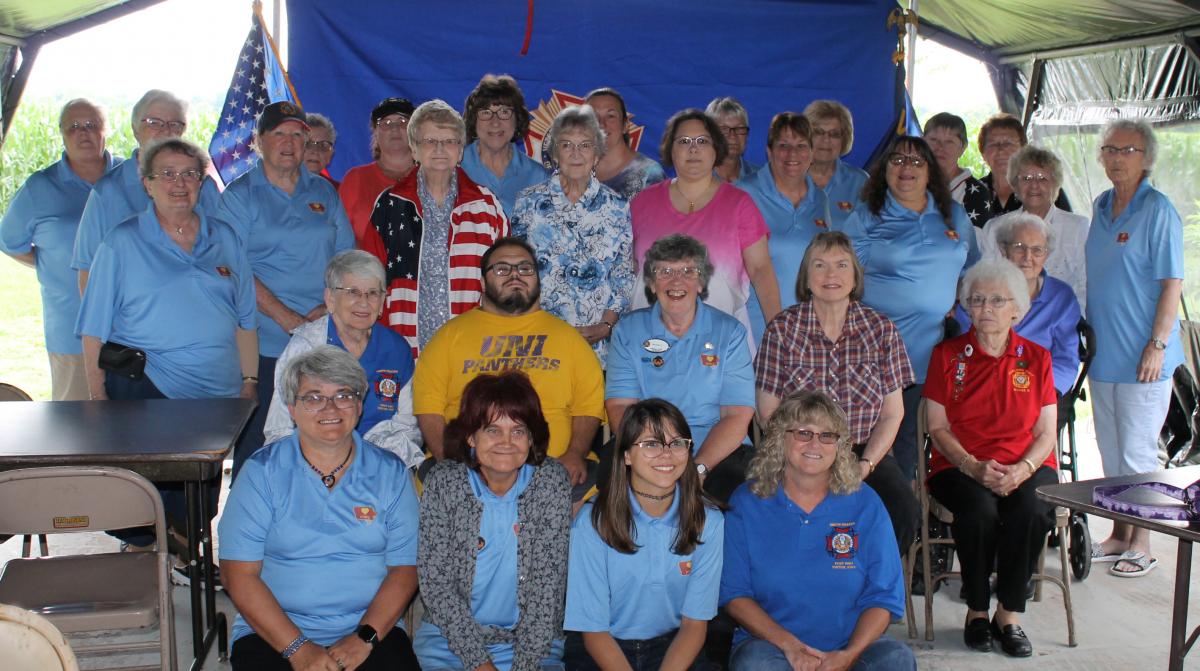 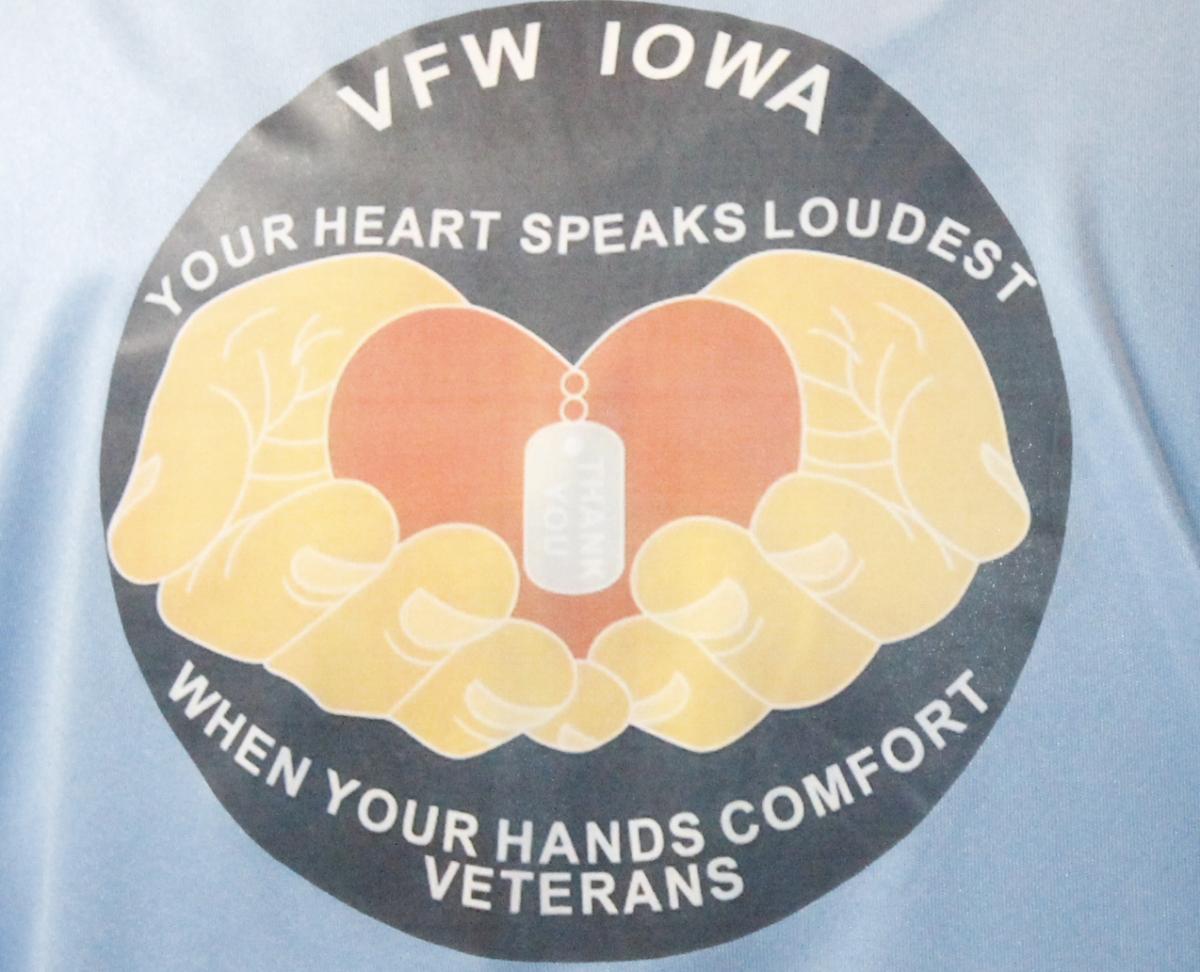 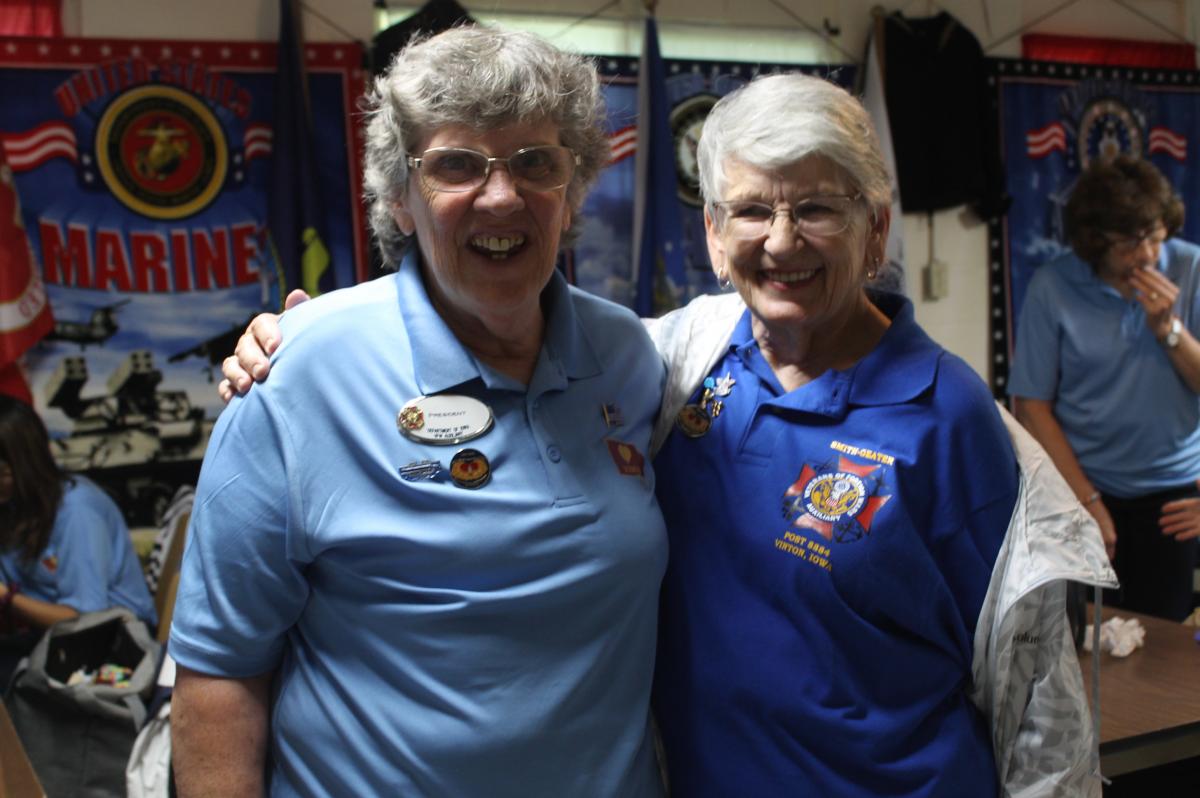 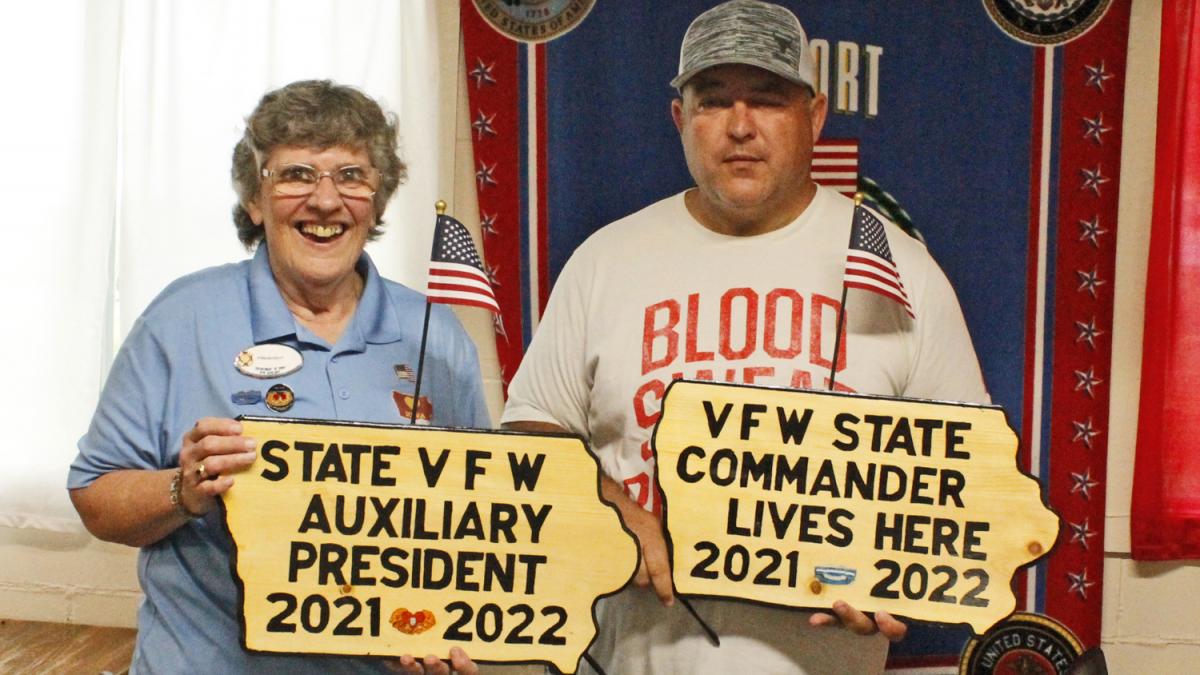 Jeanette Henry has served proudly as part of the VFW for many years. She is the President of the Smith-Geater VFW Post #8884 Auxiliary but as of June 6, 2021 she added the Department of Iowa VFW Auxiliary President position to her resume'. This is the first time that Vinton has had this honor.

Jeanette Henry was honored on Saturday at the new VFW Post 8884 and was joined by several members of VFW Auxiliary Local, District and Department of Iowa from all across the state.

The VFW Auxiliary organization began back in 1914, uniting Americans with the desire to improve the lives of veterans, service members and their families and communities. Membership in the organization, includes some requirements for membership.

The Benton County Smith-Geater VFW Post #8884 was established in 1947. Both men and women are part of the Auxilary. If there are servicemen or women unable to join the Legion because they didn't serve overseas and they received combat pay, they are eligible to join the Auxiliary.

of persons who were or are eligible for membership in the Veterans of Foreign Wars of the United States.

The local Auxilary is part of nearly 470,000 male and female members and one of more than 3,700 Auxiliaries in the United States.

Just a reminder that the VFW Post is available to rent. Now housing a kitchen area and seating the Post is a great place to rent for family dinners, graduation parties or other events.

With a vision to assist military families, the Auxiliary is thrilled to be able to have a home of its own. The new location they hope will be for the younger veterans to enjoy with their families.

Jeanette Henry July 13, 2021, 10:25 am Thanks Valerie this is a wonderful Article on our VFW Auxiliary an VFW post 8884
advertiser content