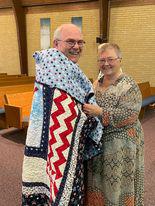 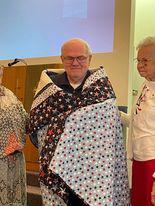 Rev. Richard Jumper received his Quilt of Valor on Sunday 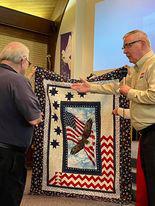 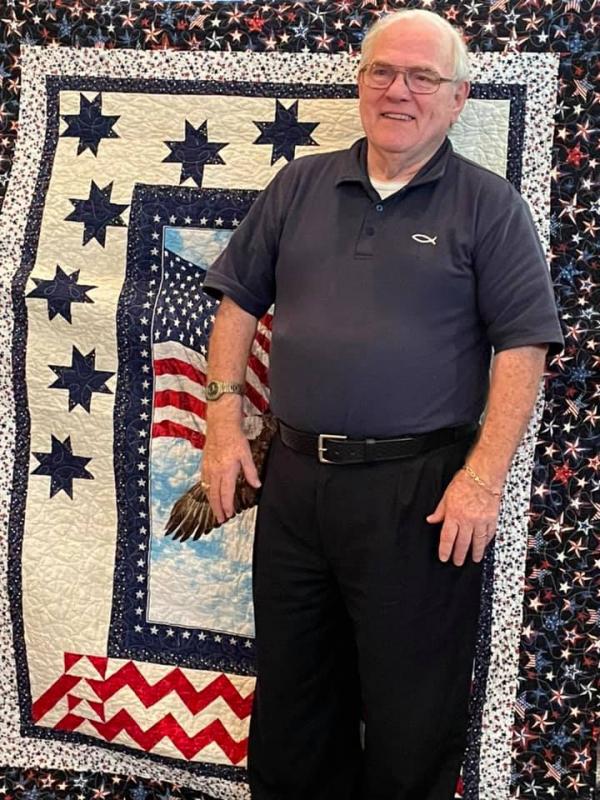 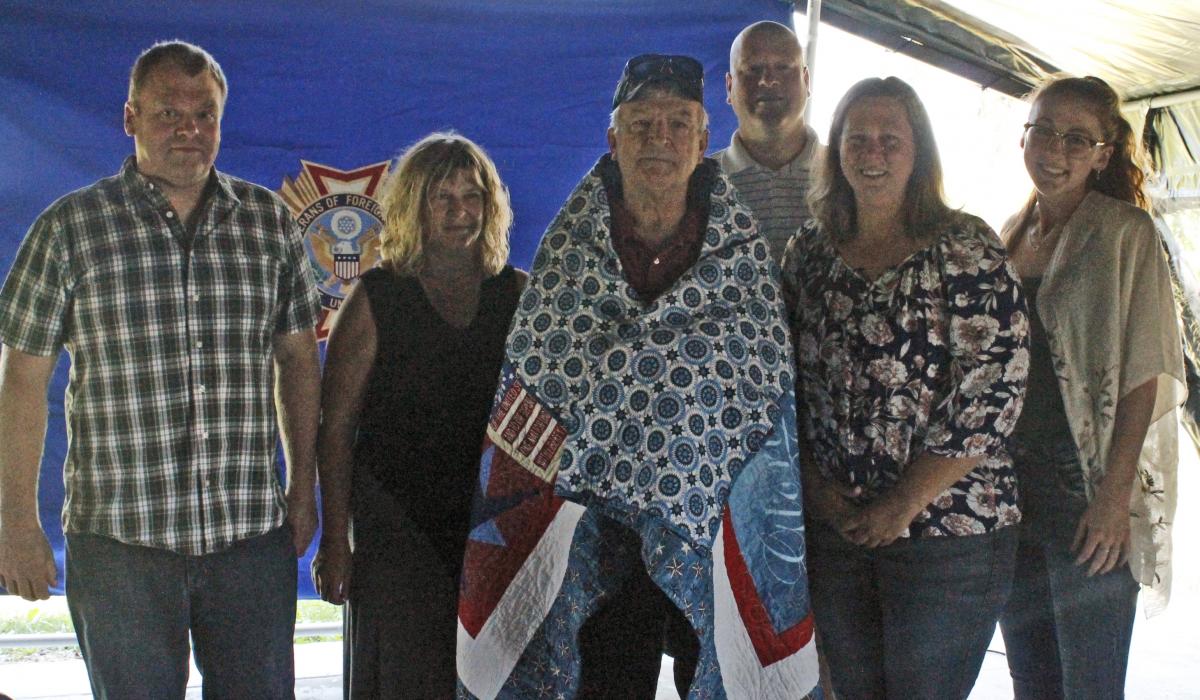 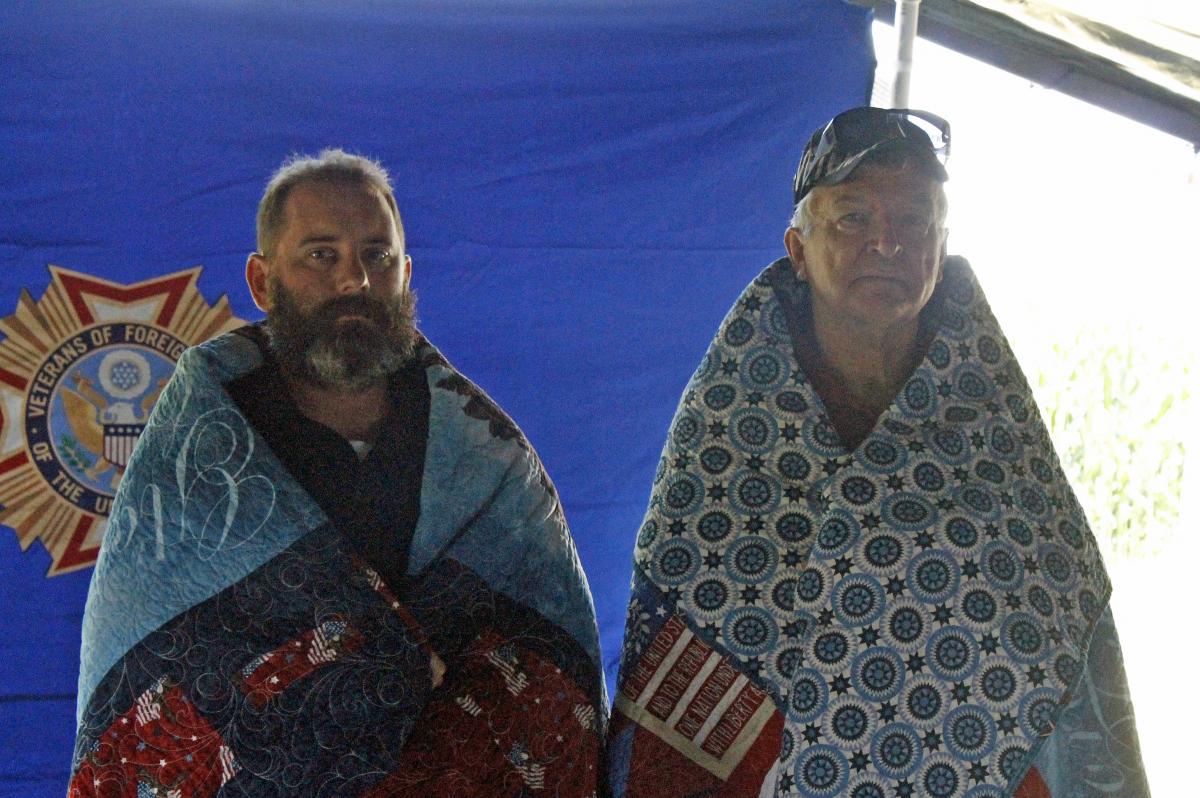 John Martin and John Berry both received a Quilt of Valor 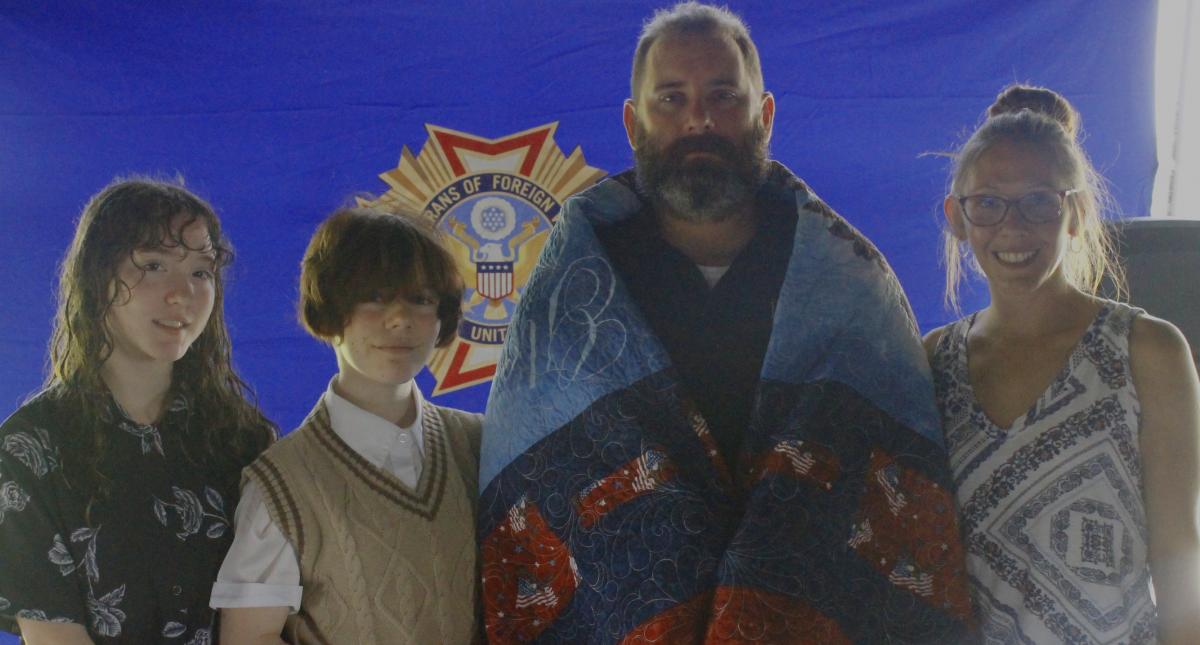 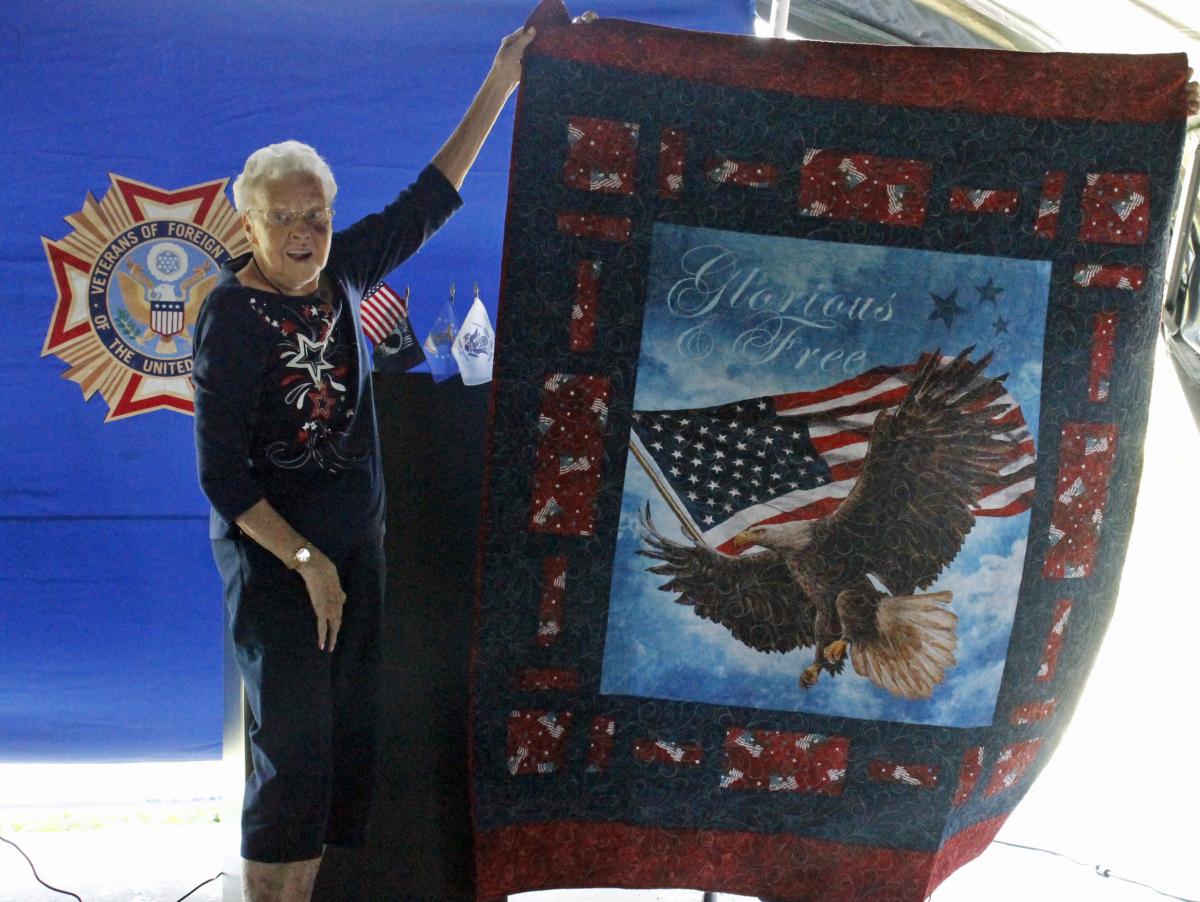 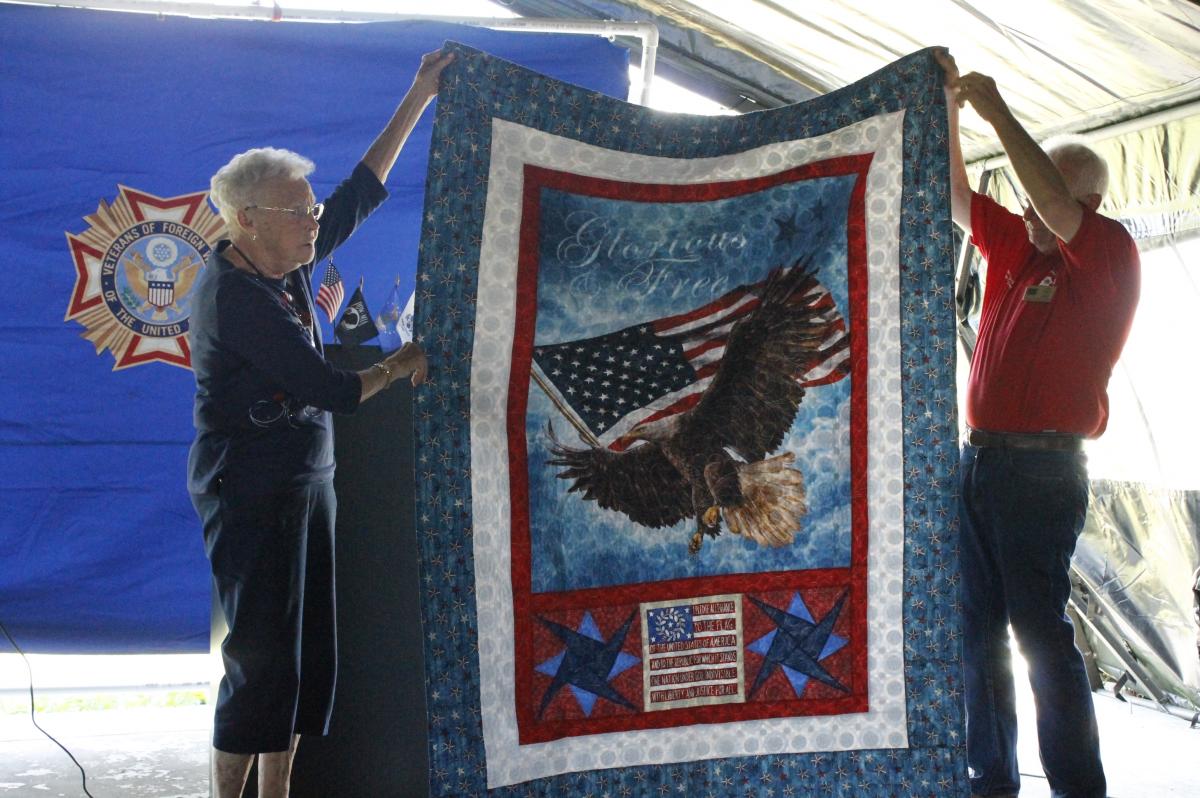 When Quilts of Valor makes a presentation to our area Veterans, it's a deeply moving presentation. Sometimes the veterans will share a few words about their experiences, or mention some of their buddies that they lost. Sometimes the veteran will be overtaken with emotion because of the overwhelming love they feel from the simple gesture of being wrapped in a quilt from the group.

The project began as a way that civilians could thank our military veterans who have gone into war to protect the rest of us on American soil. Often the Vietnam veterans who returned were mocked, spit on, and demeaned as they returned to America, and many times this kindness is the undoing of the Vietnam veterans. As most of us would, they chuckle and say, "I didn't think I was going to cry," and then something happens as that quilt is placed around them.

These ceremonies aren't limited to our veterans who have been touched by war. Those that have served in Afghanistan or anywhere in the middle east over the past 20 years have received quilts and veterans as old as those who have served in WWII.

In the past few weeks, three quilts have been awarded to area Veterans. John Berry, John Martin and this past weekend Pastor Richard Jumper All three have served during and touched by war.

Most of the time we forget that while the veteran might be home, they brings with them the sights, sounds, smells and memories of their time served. Memories that we'll never know or many understand. But the veteran does. The quilt is made, as is often said in the presentation, to be used. The quilt is meant to be wrapped around the veteran as a bit of comfort from the many hands that made it. It is made to travel in its case and go anywhere that the veteran wants to take it. A certificate is also presented in appreciation to the veteran.

Each quilt bears a label that states the name of those who made the quilt and the quilt number. Of the 278,847 quilts that have been awarded, Rita Moore of Vinton presented her 90th quilt through Quilts of Valor on Sunday. Rita has made this so much more than a hobby but has made it her own way of serving our veterans.