News : Gualtier Takes to the Sky 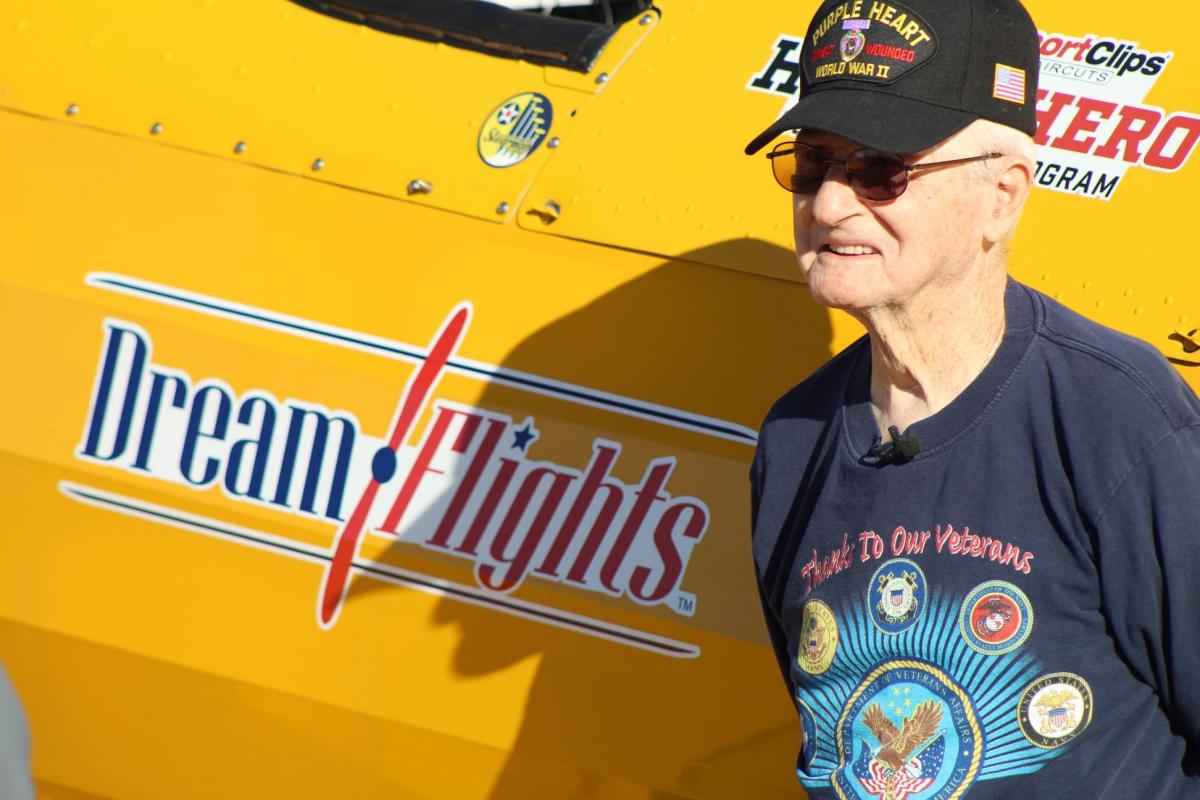 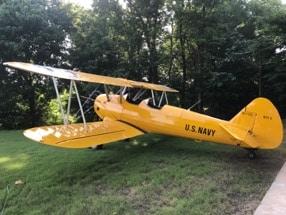 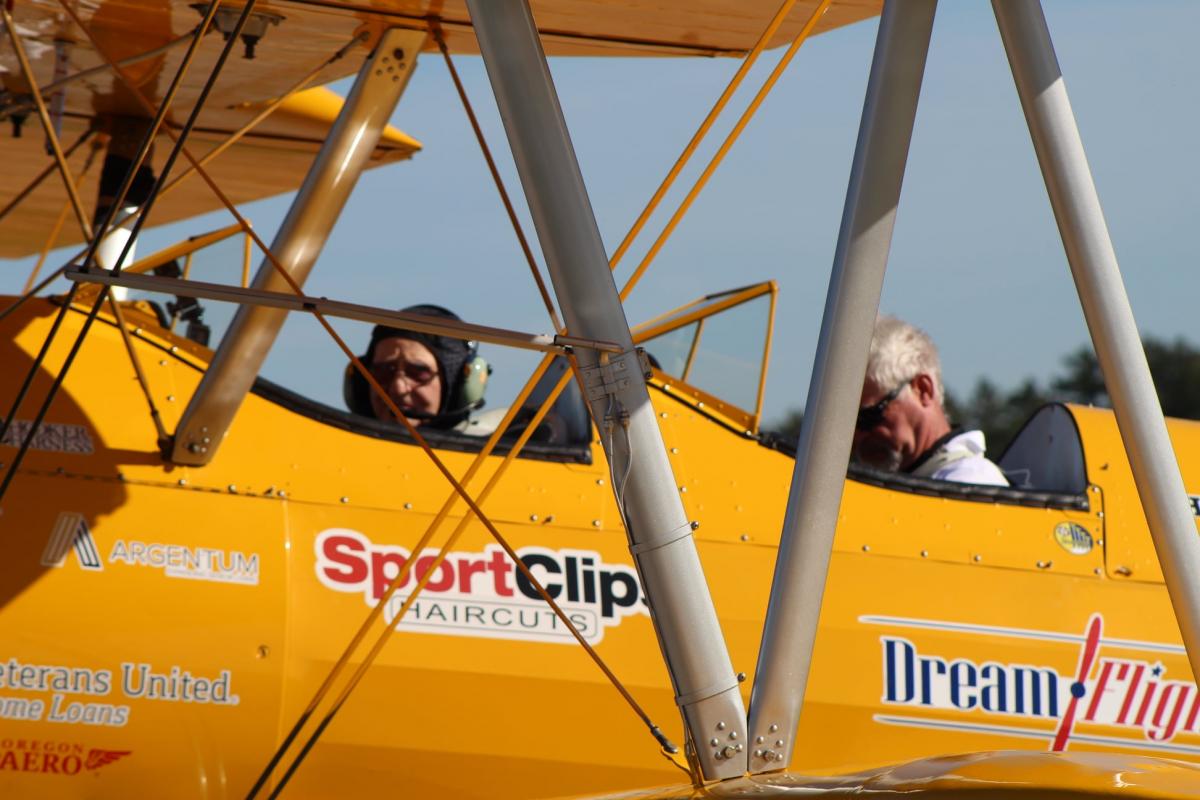 Monday morning, John Gualtier arrived at the Veterans Memorial Airport in Vinton, an appropriately named location for his Dream Flight. Last week he was a little nervous about the flight. The night before the flight he said he had to take 3 sleeping pills, 2 more than usual just so that he could sleep, he was that excited. Throughout the morning John joked with the pilot and crew and those around as he prepared to take off.

Flying over Vinton, John had a chance to see the town from a new point of view. The open cockpit of the plane is something much different than you'd see at most airports. Seated in the front, John had the best seat to enjoy the flight.

"Operation September Freedom" is the name of the program that Dream Flights is calling this season of flights which will target World War II veterans to "give them the ride of their dreams." The group is trying narrow their search for recipients to locate as many World War II Veterans as they can to give them a flight from August 1 through September 30 of 2021. They are doing this assuming that of the 16 million Americans who served in WWII, there will only be around 100,000 remaining in 2021. The youngest of those will be 95.

In a letter addressed to Vinton's John Gualtier, a World War II Veteran Operation September Freedom, said "Nearly 80 years ago, you joined 16 million fellow Americans to fight the war that changed the world. Today you are among the treasured few who remain," the letter began. "You are among the honorable, distinguished, Americans who put self aside and country first. You bore witness to events that made us question humanity. To your family's open arms and relief, you returned home; you started a life, a job and a family.

The generations that follow can never fully understand the precarious times in which you lived, nor the weight of the burdens you carried upon your return home. They witnessed instead a generation of proud, humble men and women who remained steadfast in their love of country.

Whether you served stateside, on battlefields, in the air or on the sea, you are a true American hero. We are privileged to fly thousands of miles to honor you with a flight of a lifetime in the same aircraft used to train aviators during World War II," the letter continues. It was signed by the Dream Flights Founder and Aviator, Darryl Fisher.

The plane that John rode in was a 1943 Stearman. The 9-cylinder Stearman was used to train military aviators during World War II, first at the Minneapolis Saint Paul Joint Air Reserve Station and later at the Naval Air Station in Corpus Christi, Texas. The plane was then retired and purchased to work as a crop duster but instead sat in storage.

The plane later ended up in Missouri, North Carolina, and Tennessee before it landed with Roland Garlinghouse, an aviator and Stearman enthusiast. He restored the plane and travel to vintage aircraft gatherings around the country and gave flights to neighboring retired naval aviators.

This was the first Stearman purchased by Dream Flights. It's stationed at Stevens Point Municipal Airport, where in 2016 WWII veteran Eddie Lamken's Dream Flight inspired a family and a community. Lamken's son, David Lamken, initiated and led a two-year fundraising campaign to raise just over $125,000, all of it earmarked for the purchase of the Spirit of Wisconsin. Mike Sommars was the pilot of the plane on Monday.

John was celebrated by many of the area veterans as well as some that he has met through the Veteran's Hospital in Iowa City. He was sure to give the hospital a plug for all that they do for the veterans. John finished his ride by adding his signature to the tail of the plane.

Other articles about John:

2/6/12 sharing his experience with area students

5/17/18 Honored for speaking to students

Previous News Article
Arrest made in theft of diesel fuel