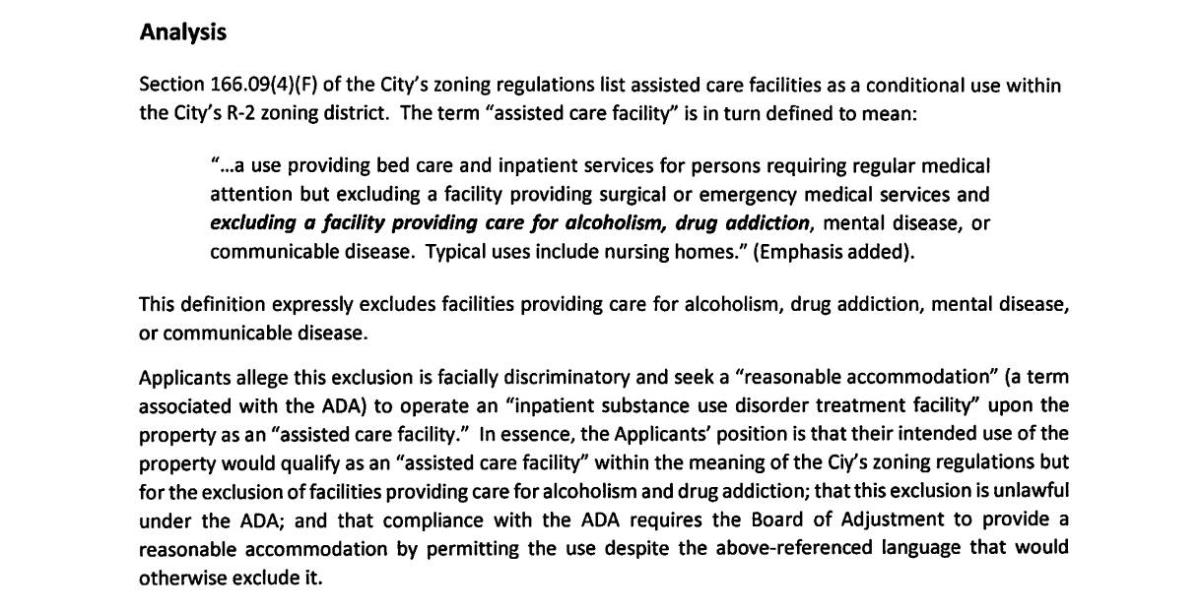 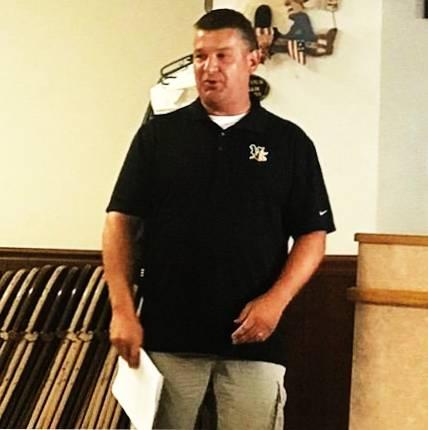 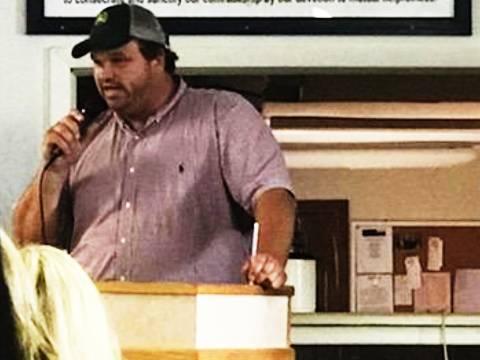 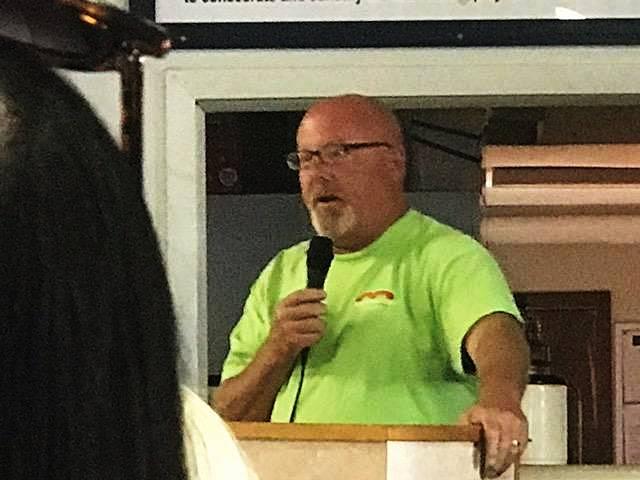 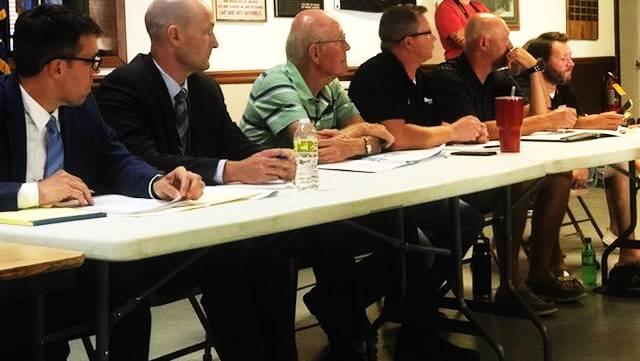 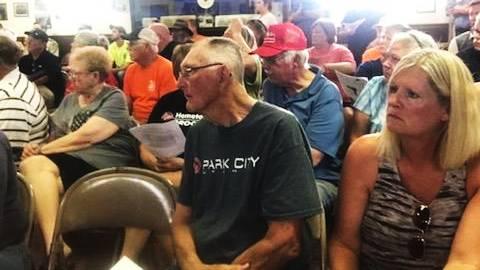 The Board of Adjustment did approve the "conditional use" of the former Rock Ridge Residential Care Site in a 4-1 vote. Outpatient service are not part of the approval under the conditional use.

Thursday night's meeting held at the Legion Hall in Shellsburg addressing the possible transformation of the former Rock Ridge Residential Care facility into a possible addiction recovery treatment center operated by Landmark Recovery, was met with opposition from the community. All who spoke to the board expressed concerns and was not in favor of the move.

Unfortunately, the Shellsburg Board of Adjustment is in a tight spot. Their job is to decide if the proposed center follows all of the laws and ordinances of the city. If it does, they have no choice but to approve it. If it does not, they would not approve the decision.

A note in the handout to the attendees indicates that the ordinance itself is discriminatory (see photo).

With more than 100 in attendance out of a city with the population of 981 it was pretty clear that the residents did not think that anything about this idea was good. None disagreed that it was a necessary service, but the community doesn't feel that it can shoulder the burden of protecting themselves and the residents of such a facility.

Citizens cited repeatedly the lack of a police department in the town, understaffed emergency services and the location a mere 300 feet from a school as reasons not to approve the facility.

One gentleman spoke who had worked in such a facility and shared experiences that implied that this would not bode well for the small town. Indicating that addicts will do anything to get another fix.

The Vinton-Shellsburg Superintendent Kyle Koeppen and Shellsburg Principal Ryan Davis also expressed concern with the location right next door to elementary children in their care. Everyone, except those representing the company, seemed to agree that bringing addicts into the small town, next door to a building full of children was not a good idea.

A lawyer representing the company riled the crowd in part stating that the property valued at $1.5 million and that there had been no other offers on the property. Some yelled, "What's the value of one child?" implying if a child were hurt by one of the residents.

Others in the audience said that there was never a for sale sign or saw it advertised for sale. Located next to the school, would have made a perfect location for offices or perhaps other uses. But the school was never approached concerning its purchase.

It appears that the decision to not allow the facility into the town might be out of the Board of Adjustments' hands due to a legal ordinance that can prevent the plan.

Ryan McGowan August 6, 2022, 1:35 am If the town doesn't want it, they don't want it. Why try to force something on them they just don't want.. Respect the citizens of the town and quit trying to force things upon them they simply do not want... Sounds pretty simple to me.
Dan Roehr August 8, 2022, 8:14 am I wish it was as simple as being able to just say no. The current owner of the facility wants to sell it. The current zoning ordinance strictly prohibits a rehab facility. This is against the ADA as it is considered discriminatory. The zoning board of adjustments had no option but to remove the restriction. Therefor this type of facility will now fall within the zoning ordinance and will most likely move forward. What I don't understand is why Landmark wants to put a facility like this in rural Iowa. If you look at their web page, they have a lot of facilities across the country and they are all located in or near major metropolitan areas. I wish them luck with finding the specialized staffing required for this type of facility. There's already a shortage of health care workers in the state.
advertiser content