News : Wall Dogs mural of the Braille School on Display in New Location 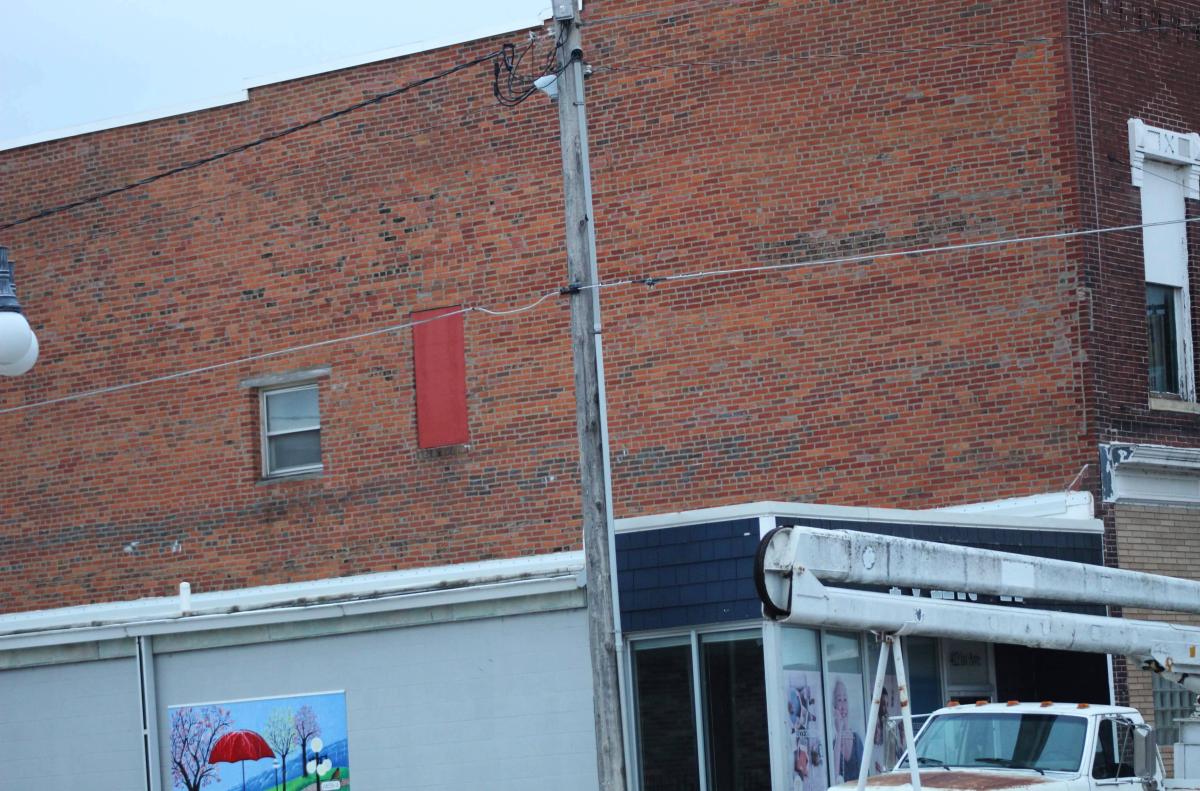 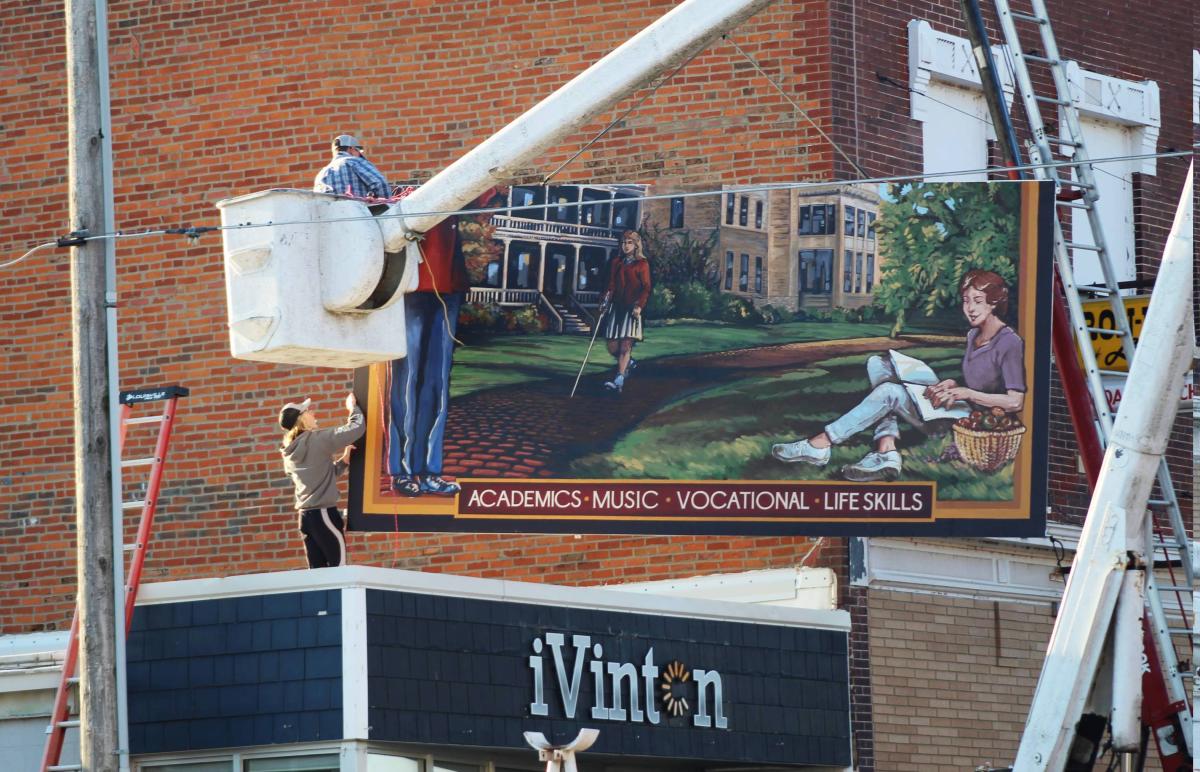 The first panel moves in... 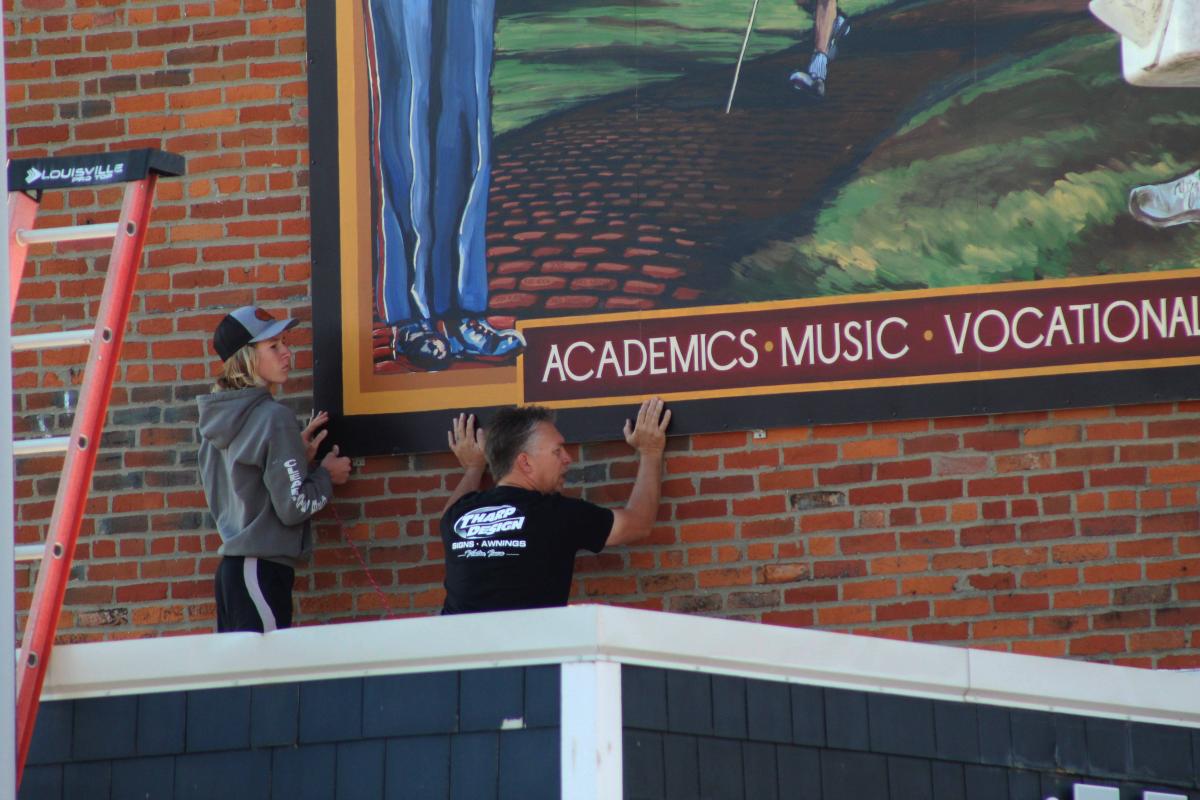 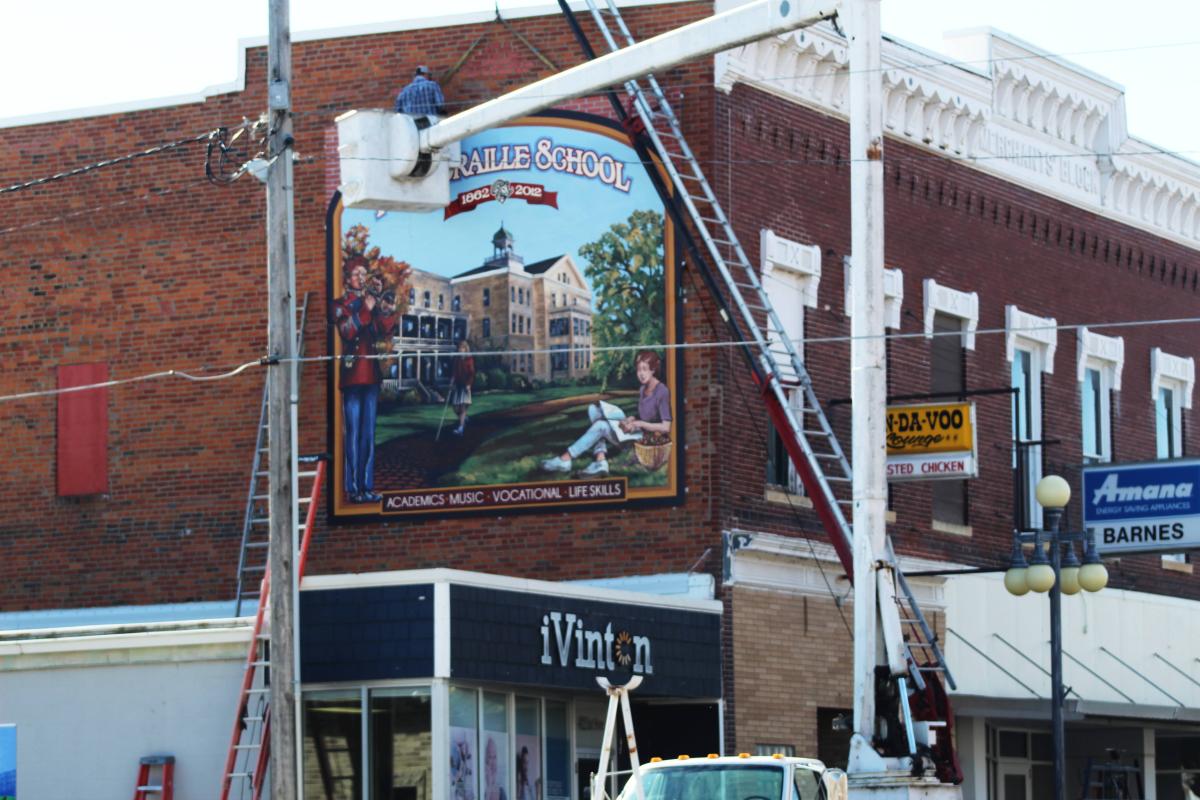 The Braille School Mural now has a new and permanent home in downtown Vinton.

The mural created by the Wall Dogs depicting the former Iowa Braille and Sigh Saving School now has a new home. Formerly located on the south wall of the building located at 423 1st Ave. the sign was brought down by strong winds in the spring of 2021.

The mural was originally at street level so that the Wall Dogs could more easily paint it. Once it was complete the plan was to move it to its permanent location on the side of the Ron-da-voo building.

"When the mural came down it did sustain some minor damage that needed to be repaired before it could be put back up. Tharp's Design was able to do the repairs," said Melody Snow of Vinton Unlimited.

On Wednesday morning beginning at 7:00 a.m. the mural began its move to its permanent home with the work completed around 11:30 a.m. thanks to the expertise of Tharp Design.

Next News Article
Class of 1972 Reunites for 50th Reunion