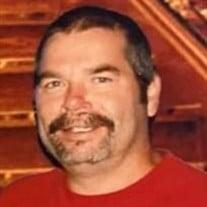 A visitation will be held from 3 to 7 p.m. with a rosary beginning at 3 p.m. and a Scripture service beginning at 6:30 p.m. Friday, Jan. 14, at Murdoch-Linwood Funeral Home & Cremation Service in Cedar Rapids, Iowa.

A funeral Mass will take place at 10:30 a.m. Saturday, Jan. 15, at St. Ludmila Catholic Church in Cedar Rapids. Randy was born May 18, 1962, in Oelwein, Iowa, the son of Robert "Bob" and Marilyn (Smith) Rubner. He attended West Central High School in Maynard, Iowa, and went on to graduate from Iowa Central Community College with a degree in broadcasting.

Randy worked for a radio station in Clayton, Iowa, and then farmed with his parents. He later worked for Blessing Industries in Fayette, Iowa, Terex Crane in Cedar Rapids, and finally at General Mills in Cedar Rapids.

Randy was united in marriage to Carolyn Ann Michalec on Oct. 26, 2007. He enjoyed sports (he played softball well into his 40's) and was an avid fan of the Green Bay Packers, Chicago Cubs and Iowa Hawkeyes. Randy loved taking road trips, riding his motorcycle, and hunting for asparagus.

He was preceded in death by his father, Bob Rubner; and brother, Phillip Rubner. Please share a memory of Randy at www.murdochfuneralhome.com under obituaries.